Ranveer Singh on Deepika Padukone being a bigger star, earning more than him when they met: ‘I’ve always been secure’

Ranveer Singh spoke about how he was never insecure despite Deepika Padukone being a bigger star and earning more than him when the two of them had met and started dating years back. Ranveer Singh said Deepika Padukone is all praise for him after 83. (Photo: Ranveer Singh/Instagram)

Actor Ranveer Singh says he’s too secure in his skin, and is the happiest when wife Deepika Padukone achieves a feat. The actor, who is enjoying the success of 83 at present, was answering a question about Deepika’s old comment about how Ranveer is very secure in his skin.

“I feel good when people tell me that I allowed the other actor to shine. That’s just who I am. I can’t be any other way. I have always been this secure person. I feel very happy for my wife when she achieves. There’s nobody prouder than me,” Ranveer said in an interview with Film Companion, when pointed at Deepika being a bigger star when they had met and earned more than him.

Ranveer is currently riding high on the great reviews for his latest release 83. And among many things, the way he refrains from hogging all the limelight, instead letting the entire cast members have their special moments in the Kabir Khan-directorial, has become a talking-point.

According to Ranveer, that comes from the space where he understand that filmmaking is a collaborative effort. So the “one-upmanship game” is a “negative way of approaching things,” he said, adding he has come across people who do that in the industry. 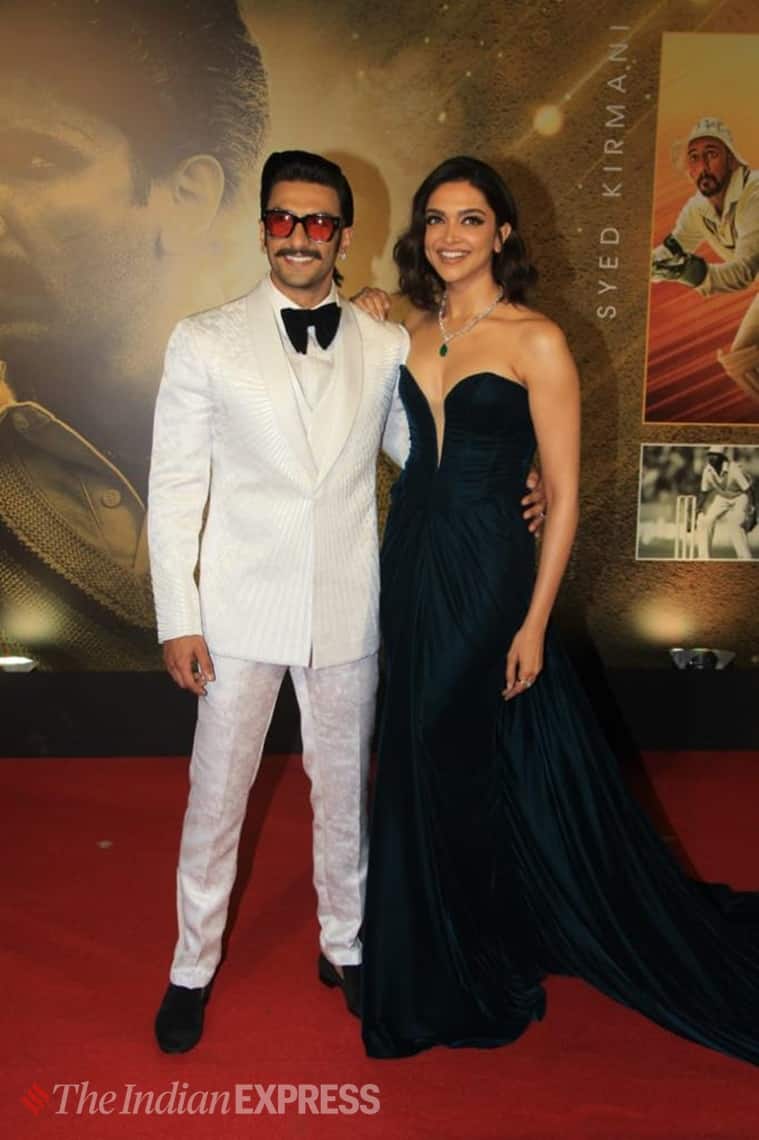 Ranveer Singh and Deepika Padukone at the screening of 83 in Mumbai last week. (Photo: Varinder Chawla)

“In my life and career, fortunately or unfortunately, I have experienced people first hand who approach the work that way, playing that one-upmanship, upstaging sort of game. I cannot be that, it’s just not in my grain. It all circles back to gratitude, which I feel is becoming my superpower,” he told host Anupama Chopra.

Ranveer has time and again expressed awe that his dream of becoming an actor got fulfilled. He reiterated it in the interview too. “Ten years down, I still can’t believe I’m an actor. I wake up every day in disbelief that I am a Hindi film hero. And coming from that, if yo don’t approach a film, a character or a collaborative creative process with honesty, it will show. If you do, that too will show. It’s when the ensemble shines that the film gets elevated. I can’t think of approaching it in any other way.”

83 traces the journey of India’s cricketing squad lead by former captain Kapil Dev, towards getting the country its maiden World Cup win in 1983. Ranveer, who plays the main man is receiving accolades for the detailing he’s brought into the part, apart from getting the technique of Kapil Dev’s game on spot.

So how has Deepika reacted to all the appreciation coming his way? “I’m getting a lot of love and affection from my harshest critic – my best friend, my wife who makes no bones about telling me like it is whenever they have to. This time it’s unanimous. She’s very arty type, who also very rarely likes my mainstream stuff.”

Expressing further thrill about getting love from his mother-in-law Ujjala Padukone too, Ranveer added, “This morning my mother-in-law was like I didn’t meet you properly after the screening but I waited for two days to meet you in person, to give you this. I’m receiving so much love at home. So I’m really thrilled. What greater blessing can I even ask for than my loved ones feeling proud of me?”

Though 83 faced tough competition from Hollywood film Spider-Man: No Way Home and Telugu hit Pushpa at the box office, the sports-drama has managed to win hearts of audience and critics alike.