“I feel if women cops come into the picture they will fight against human trafficking strongly because they will feel for this cause more,” said the 36-year-old actress.  (See Pics: Rani with her mom-in-law Pamela)

Rani Mukerji plays a policewoman in her recently released film “Mardaani” where she busts a network of traffickers while trying to save a trafficked girl who used to sell flowers at the traffic lights on Mumbai’s roads.

The actress was here at an event organised by Apne Aap Women Worldwide, an anti-sex trafficking NGO. “I inaugurated an all women beat marshal squad in Mumbai where women visit schools, colleges and malls on their bikes. I hope all other states join in and have more beat marshals like that because in Mumbai they are encouraging women cops,” Mukerji said.

She also cited states like Gujarat and Maharashtra which already have a 33 per cent reservation for police women. “I think these positions need to be filled up as  soon as possible and I strongly appeal that more women come forward and fill these positions up and work for this cause. My intention behind doing this film was to inspire women,” said the actress.

The actress said she had met and had been inspired by stories of survivors of trafficked women.   She also recently accompanied one of them, Fatima Khatoon to the season 8 of the “Kaun Banega Crorepati” TV show.

Khatoon, who hails from Forbesgunge in Bihar said she had been trafficked as a nine year old. After having six children in her early twenties and living in a home-based brothel she is now an activist who gets girls enrolled in school away from the brothels and files police cases against traffickers. 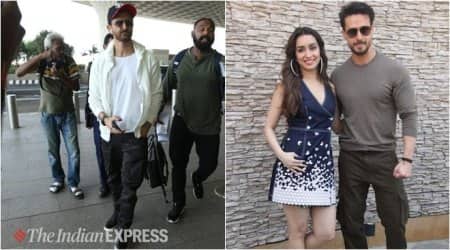