Ranbir Kapoor was responsible for my return as an actor: Saurabh Shukla revisits Barfi

Happy Birthday Ranbir Kapoor: On Ranbir Kapoor's 39th birthday, his Barfi! and Jagga Jasoos co-star Saurabh Shukla remembers the fun times he has spent with him and the impact it has had on his life. 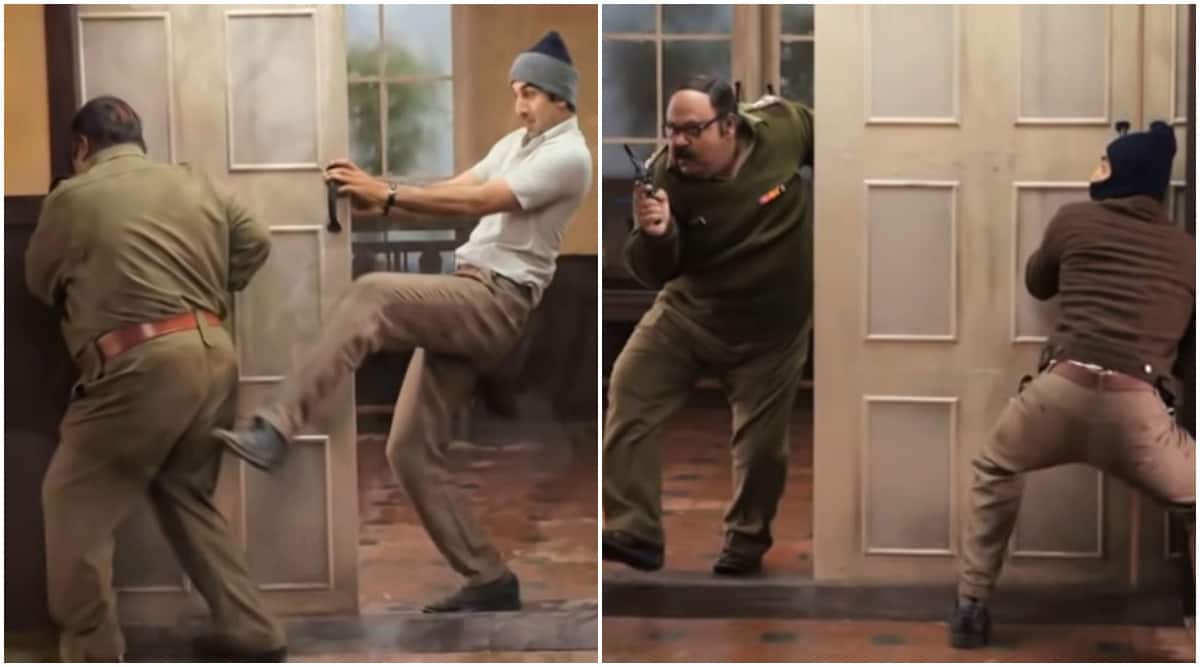 It’s been nine years since Barfi released but its magic and innocence continues to cast a spell on the audience. With a simple story of human emotions at its heart, the Ranbir Kapoor, Priyanka Chopra and Ileana D’Cruz film makes for an engrossing watch. Today, as Ranbir turns 39, versatile actor Saurabh Shukla, who played the role of a police inspector in the film, revisits Barfi and the people who made the film a memorable experience.

Shukla says that caught in a loop of uninteresting roles when Barfi and its lead actor, Ranbir, pulled him back into the game. The magical scenes between Saurabh and Ranbir from Barfi can bring a smile on a gray day and that is how he remembers the shoot of the film too.

What is that one scene you shared with Ranbir that had you in splits?

My favourite scene has to be the one where I am running to chase Barfi. People have wondered how I ran so much given my body structure. I was so happy that Anurag made it look so believable because I was only running on a machine.

What worked for Barfi! is its innocence — the story, the whole unit, the way it was shot. That’s what I instantly felt when I started shooting for the film and the feeling remained the same till I saw the final product.

There are some really magically funny moments you and Barfi share.

When I met him Ranbir on very first day of shoot in Kolkata, he came up to me and said ‘hello sir’. There there was so much of warmth and I found working with him so exciting. I had a great experience in Barfi. It again made me interested in an actor and I started getting good films. I got Jolly (LLB), that also did a lot to me.

Ranbir was responsible for getting me back into the life of acting again. When I met him, I felt so much of warmth, and so much of innocence. He is very sharp, very bright, I really found a friend in him. Although we have a huge age difference, but I never felt like I was talking to a younger person or somebody who belong to another generation. So, what do actors do in a film, apart from acting? They have ample of time, and they talk. So when you get an interesting company then it makes you happy. We talked a lot about art and other things. On Anurag’s sets, there is always a lot of food. He used to come on the sets and the first thing he wanted to know was what’s for lunch. So, this mix of good food and good company was what Barfi! was all about.

When you see Ranbir’s work today, what stands out for you?

Ranbir is a natural actor and there is so much truth in his performances. In fact, I think that is his strong point as an actor. I’ve always told him that ‘whatever happens, don’t lose this truthfulness to your craft’. He’s blessed that way. Whenever, whatever he does, you believe in him, and that’s the best thing for an actor.

As a senior actor yourself, did you ever give him any advice while shooting Barfi!?

I don’t think I am worthy of giving advice to people. But, yes, I have shared a lot of things with him and vice-versa. He was in New York and he did his acting course from there. I have done theatre but I am not a formally trained actor. So, we spoke at length about his training. I have learnt a lot from him, and I am sure that he must have picked up a couple of things from my experiences as well.