Ranbir Kapoor signs a note for Alia Bhatt’s bridesmaids: ‘I, Ranbir, husband of Alia, pledge to…’

After two days of wedding festivities on April 13 and 14, Alia Bhatt and Ranbir Kapoor invited their Bollywood friends for a wedding party on April 16. Alia Bhatt and Ranbir Kapoor tied the knot on April 14 in an intimate ceremony, and now the inside pictures from their wedding are surfacing on the social media accounts of their friends and family. Recently, Alia’s close friend Tanya Saha Gupta has shared a new set of pictures where Ranbir is seen posing with the bridesmaids.

In one of the photos posted by Tanya, Ranbir is posing along with Alia’s friends and he is holding a note that reads, “I, Ranbir, husband of Alia. I pledge to all the bridesmaids..” Another picture has him giving a peck on Tanya’s cheek at the after-party of his wedding. Alia is also seen having a lot of fun with her friends at her wedding festivities.

Also read |Inside Ranbir Kapoor-Alia Bhatt’s mehendi that had ‘happy tears, blissful moments’: ‘Something out of a dream’ 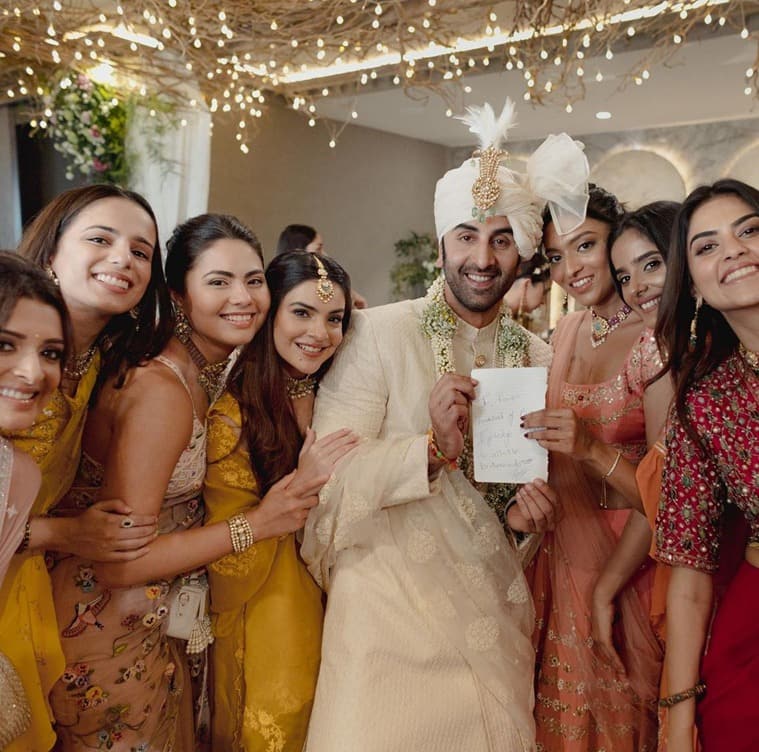 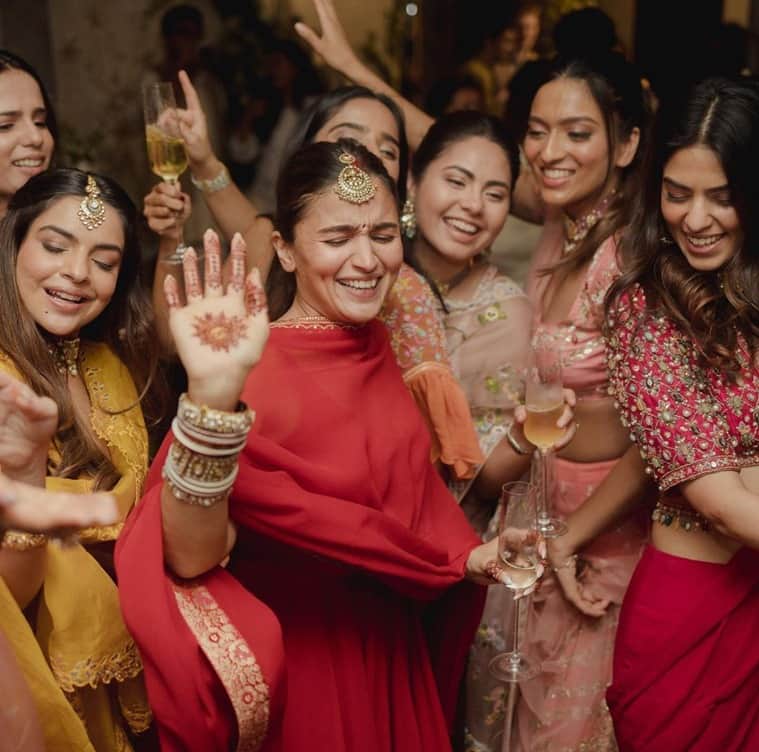 Alia Bhatt danced along with her friends at her wedding. (Photo: Tanya Saha Gupta/Instagram) Sharing the photos, Alia’s friend wrote, “it’s sappy days like these that I LIVE FOR. lots of happy tears & belly aching laughs, celebrating my sweet sweet @aliaabhatt ‘s love story ♾🥲 forever grateful to have an inseparable family, that just grew a lot sillier & a little bigger 🧿🧡”

After two days of wedding festivities on April 13 and 14, Alia and Ranbir invited their Bollywood friends for a wedding party on April 16. It was attended by the likes of Arjun Kapoor, Malaika Arora, Karan Johar, Shah Rukh Khan, Gauri Khan, Aditya Roy Kapur and Tara Sutaria, among many others.

The newlyweds have returned to their respective film sets after enjoying their wedding. A video of Ranbir returning to work went viral on the internet. Alia too has reportedly left for Jaisalmer for her film’s shoot.

On the work front, Ranbir has Shamshera in his kitty while Alia has her hands full with Darlings and Rocky Aur Rani Ki Prem Kahaani. The couple’s first film together, Brahmastra will hit the screen in September.