Rambha escaped the accident with minor injuries but her younger daughter Sasha is in the hospital. 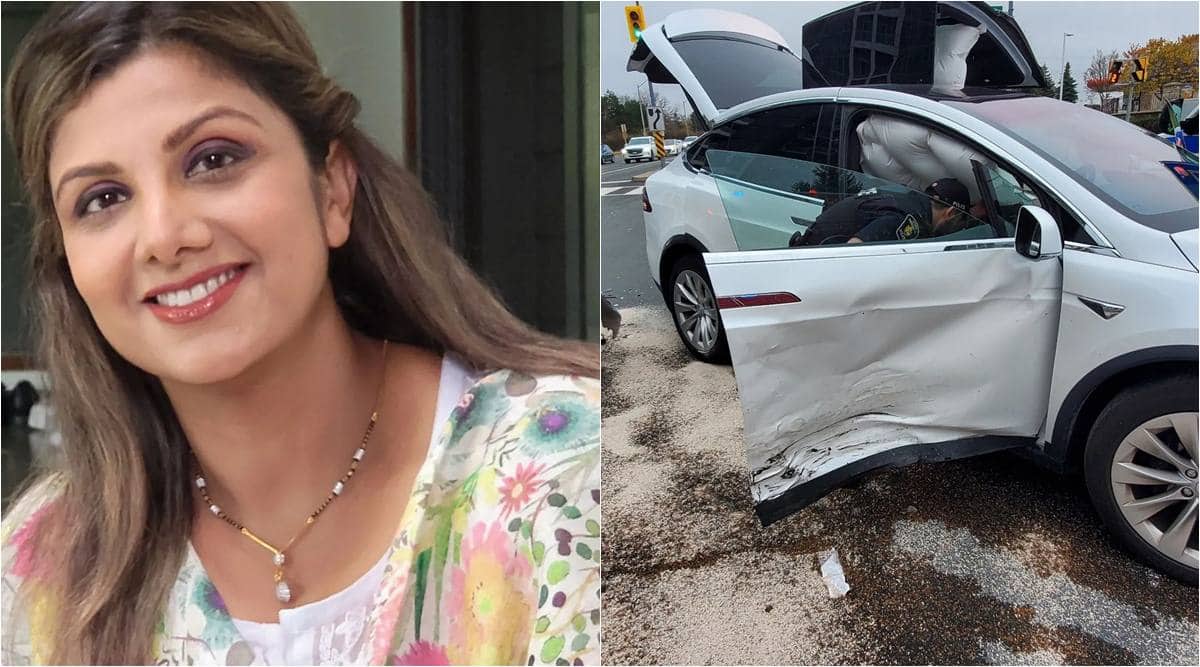 Actor Rambha had a car accident recently when she was returning home after picking up her children from school in Canada. Though everyone escaped the accident with minor injuries, her younger daughter Sasha has been admitted to the hospital. The actor shared about the same on Instagram and even asked her fans to pray for her daughter.

Rambha posted a picture of her damaged car which was hit by another car at an intersection. She also shared a picture of her daughter from the hospital bed. Sharing the pictures, the Judwaa actor wrote, “Our car was hit by another car at an intersection way back from picking kids from school! “Me with kids and my nanny “All of us are safe with minor injuries 😔 my little sasha is still in the hospital 😞bad days bad time 😪😰please pray for us 🙏 your prayers means a lot 🙏#pray #celebrity #accident.”

As Rambha opened up about the accident, actress Sridevi Vijaykumar sent love to her. She commented on the actor’s post, saying, “Omg… glad you guys are safe.. take care ra..sending prayers and love.” Actor Vikas Kalantri wrote, “My God. Take care please. Love and prayers. 🙏🏻🙏🏻.”

Rambha is among the popular faces of Indian cinema who was active during the 90s. Born Vijayalakshmi Yeedi, she shared screen space with India’s top stars including Rajinikanth, Ajith, Vijay, Salman Khan, Chiranjeevi and Mammootty among others.

However, she quit acting in 2010 after marrying Canada-based businessman Indhran Pathmanathan and moved to Toronto. She has three children, two daughters and a son.