Awara, Shree 420: The films that made Raj Kapoor the ‘showman of Indian cinema’

On Raj Kapoor's 97th birth anniversary, looking back at the decade that established him as the 'showman of Indian cinema'. Raj Kapoor is remembered as the 'Showman of Indian cinema'.

Known as the ‘Showman of Indian cinema’, filmmaker Raj Kapoor started his journey in the movies in the 1930s as a child actor. After working alongside many technicians, he established RK Studios in 1948 at the age of 24 and it was with this that he started his journey as a storyteller. Raj Kapoor adapted his filmmaking to changing times but it is his cinema from the 1950s that established him as a pioneer in Hindi cinema.

With the 1951 film Awara, Raj Kapoor made waves internationally. The film’s lead character, played by Kapoor himself, is labelled as an ‘awara’ here but wants to be an honest, upright citizen. The problem is that there is no place for a good man in this dog-eat-dog world. India was a fairly young country when Awara released and the film tells the story which is quite in sync with the times, given the economic condition of the country. In a 1976 interview to India Today, Raj Kapoor spoke about the film and said, “Awara was a film of its time, when we were going through a reformatory change in our own country. And of the disparity between the rich and the poor, which was there then, and is there now, but we are more conscious of it now.” 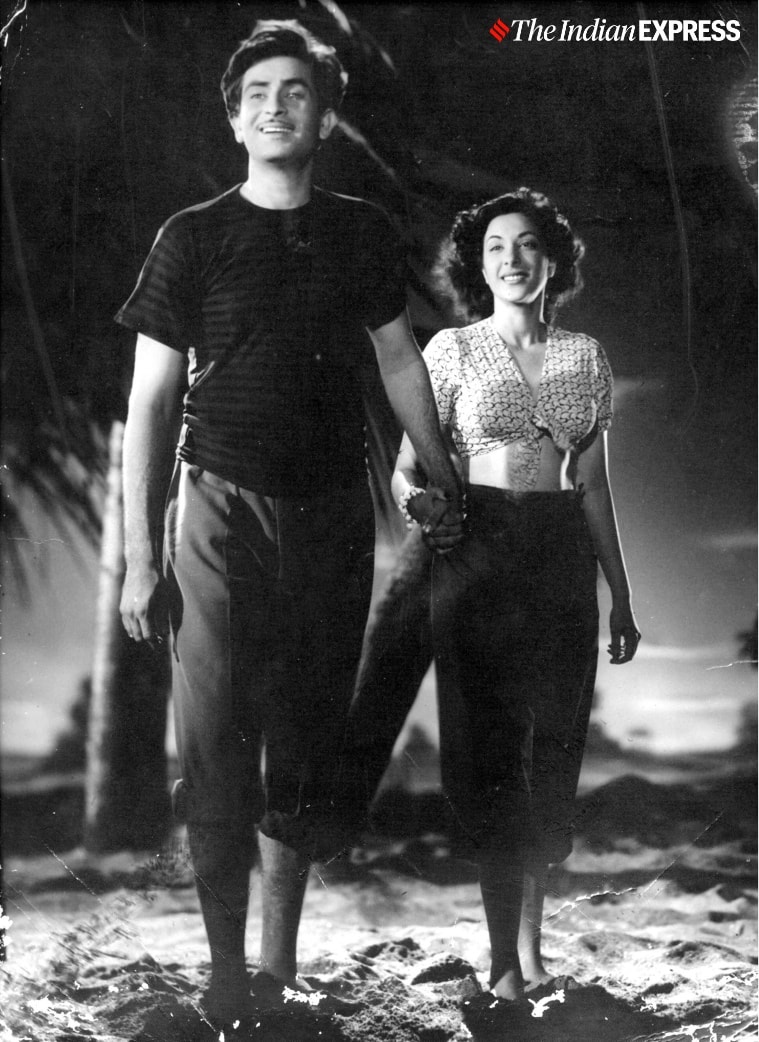 The film took Raj Kapoor’s cinema to an international audience with its participation at Cannes Film Festival. It was with this film that he first displayed his version of Charlie Chaplin’s Tramp. Kapoor adapted the character into an Indian setting and made him a recurring character in many of his works in the 1950s.

His next directorial was the 1955 film Shree 420, which again starred him in the lead role with Nargis. With this film, Kapoor spoke about the post Independence economic crises where educated people could not find jobs. The film blatantly pointed out the government’s failure in creating employment opportunities which further divided the gap between the haves and have-nots. Despite its critique of the government, the film celebrated patriotism in its full glory. The song “Mera Joota Hai Japani” is still associated with India in many parts of the world.

Awara and Shree 420’s success made Raj Kapoor a living legend when he was still in his 20s. The themes of wealth disparity in the society, unemployment, loss of faith in the government, disenchantment with our newfound independence – all reflected heavily in his work of those days. While the movies were honest interpretations of the struggles of that era, they were made palatable for the masses with some popular music and a dreamy love story. Kapoor was very clear about the fact that he wanted to make mainstream popular cinema and his movies indicated the same.

“I make cinema for the people, millions of people are going to see a film I make. So I make so-called commercial films, successful films which people pay to see time and time again. I am not an intellectual, not even a pseudo-intellectual, I don’t profess to be one. But I want to do films, using the little knowledge I’ve got, that can appeal to many more people rather than just a few,” he told in the same 1976 interview.

Apart from his two directorials in the 1950s, he produced other significant films of the era – Boot Polish and Jagte Raho. Interestingly, these two films were not as mainstream and some of his other works but spoke about similar themes. Boot Polish, which followed a pre-teen brother and sister as they live on the streets and struggle to make ends meet, spoke about the system that ignores those below the poverty line. Jagte Raho was another experiment in cinema where Kapoor played the lead role of a man who is just trying to get some water when he is mistaken for a thief by the so-called well-respected people of the society. As he spends time in their surroundings, he learns more about the hypocrisy of those who pretend to be above the rest. Raj Kapoor’s character in the film is struggling to find some water throughout the film.

With every decade, Raj Kapoor’s cinema tried to adapt to the current times. Looking back in 2021, it was perhaps his films from the 1950s that made him the ‘showman’ that he eventually became. His understanding of the problems of that era wasn’t perfect but Kapoor knew how to perfectly disguise the ills of the society and wrap them in a sugary treat so the audience could smile, shed a tear and experience the magic of the movies.