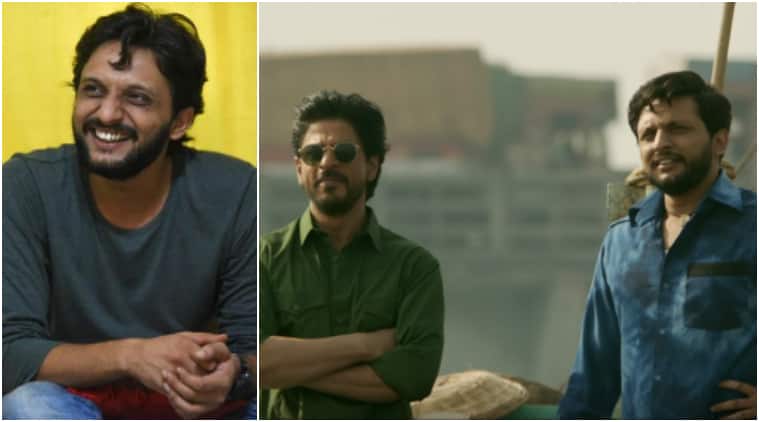 Last two years have seen the rise and rise of actor Mohammed Zeeshan Ayyub. The actor who started off playing the negative in No One Killed Jessica six years ago, believes he is in a safe and comfortable zone right now. Today he is best known as Murari of Raanjhanaa or Chintu of Tanu Weds Manu Returns. But landing a film like Raees, he calls his journey fun. “There were ups and downs. It was a roller coaster ride. That’s a better description,” he said during an exclusive chat with indianexpress.com.

Zeeshan Ayyub plays lead actor Shah Rukh Khan’s right hand in Raees. After a little glimpse of his character in the film’s initial dialogue promo, we saw him shaking a leg with SRK in the film’s latest song “Dhingana” which was released as King Khan was travelling from Mumbai to Delhi. Zeeshan plays an important part in Raees, but his character was kept under wraps for a reason, not to reveal the film’s plot.

“It’s an important role who takes things forward, screenplay wise. Reason why not much has been spoken about my role is because then the plot of the film will get revealed. He is the partner of Raees who has set up the entire business. He is more of a practical guy who doesn’t work on instincts. That’s why they are a perfect balance. He brings out the other side of any action that Raees does. You can call him his alter-ego.” According to Mohammed Zeeshan Ayyub, his character provides stability in the life of Raees, played by Shah Rukh Khan.

So was Delhi the only connect between Zeeshan and Shah Rukh or was there more to their camaraderie? Apparently, we saw how SRK has been all praise for his co-star in several interviews.

“We had a great tuning from day one. He liked me a lot so things became easier. He tweets to me and all. So when you have a mutual respect for the other actor, it becomes easier to work. Delhi was definitely a connect but the Delhi I knew, Shah Rukh wasn’t aware of that. By the time I grew up, SRK had left for Mumbai and become a big star. So both our Delhis are different. Like we played gully cricket and he played hockey. So how Delhi was then and how it is now was something to speak about. Then Jamia was also a connection. He studied there and I used to live around it. Then DU, Delhi theater, NSD. So this was an important point where we had fun,” Zeeshan said. A NSD pass-out, Zeeshan moved from theater to films. He might have shared screen space with names like Saif Ali Khan, Katrina Kaif, Kangana Ranaut, Rani Mukerji, Sonam Kapoor and Dhanush, but Zeeshan said being on the same set with Shah Rukh was nothing but surreal.

“On sets sometimes it used to be a very surreal experience. Like of course we are chatting on sets and suddenly Shah Rukh checks his phone and a moment of silence comes, that’s when it used to hit that you are sitting with SRK, the same man whose DDLJ and Baazigar you’ve grown up watching. That happened. But not when we did scenes together because he always gave that comfort and space and never came across as a superstar. In fact, he told me that you aren’t coming out strongly in this scene. You can do better.” 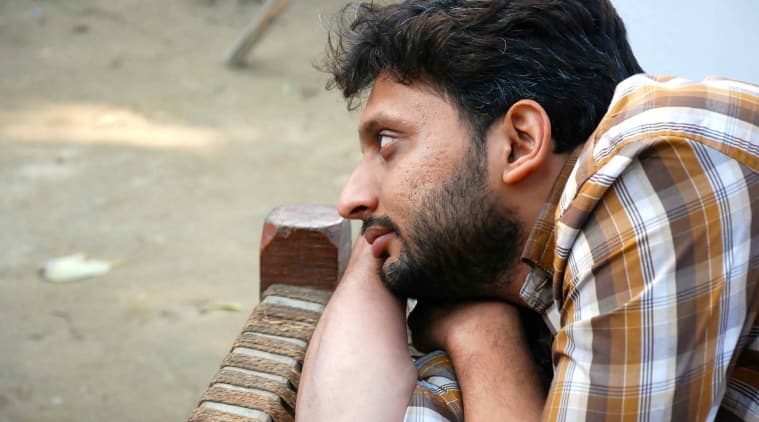 Mohammed Zeeshan Ayyub is a NSD pass-out and has done theater for years before venturing into Bollywood.

Speaking about his other co-star from Raees, Nawazuddin Siddiqui, Zeeshan said though the two didn’t have many scenes together, but the two great performers have always been highly appreciative of each other. Revealing about Mahira Khan on the sets, he said she is a chilled out person who doesn’t project the general idea of how guarded heroines prefer to stay on sets.

WATCH VIDEO | Shah Rukh Khan Speaks Of Real And Reel Romance, Questions – Would You Marry A Liar Like Raj From DDLJ?

But, Mahira unable to come down to India to promote Raees, definitely pinched Zeeshan too. “It was very unfortunate. It proves that we’ve come to a very vulnerable stage as a country that we have to surrender to such pressures. Sometimes you find it stupid and illogical too. If Mahira was here, it would’ve been so much fun. You work on a film together for two years and it’s arriving finally with so much positivity. You wish everyone shared it together. That we are missing definitely.” Acror Mohammed Zeeshan Ayyub will next be seen in Salman Khan and Kabir Khan film, Tubelight.

Zeeshan already has his hands full with several big budget films this year, including Salman Khan’s Tubelight. Well, there are some more, which he said, he will reveal at the right time. We are waiting!