Bollywood actress Priyanka Chopra decided to do a quick chat session with her fans on social networking site Reddit on July 2. 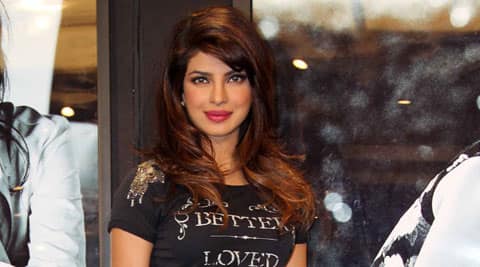 The ‘AMA’ started on a smooth note for Priyanka Chopra and it had a welcome note too for her fans.

Bollywood actress Priyanka Chopra, who has been currently shooting for Zoya Akhtar’s ‘Dil Ko Dhadakne Do’ earlier in Barcelona and now in Istanbul, decided to do a quick chat session with her fans on social networking site Reddit on July 2. But the chat session didn’t go as per Priyanka’s wishes and the actress got a flak for almost everything. The songstress had invited fans from all across and conducted ‘Ask Me Anything’ (AMA) session.

The ‘AMA’ started on a smooth note for Priyanka Chopra and it had a welcome note too for her fans. “Hello reddit… it’s Priyanka. I’m currently crisscrossing the world shooting for a film in Europe, attending a family wedding in the US, taking care of business in India! But I’m taking time off from all of that to have a conversation with all of you. You may know me as an actor, recording artist, former Miss World, philanthropist, daughter, sister and dreamer. I’ve starred in over 45 films in India and recently released my new single “I Can’t Make You Love Me” , which is also the theme song for the new Beats By Dr. Dre Pill XL campaign. I’m the face of the NFL’s Thursday Night Football, and I recently appeared in the Guess? Holiday campaign.”

However, the session turned into a stormy one when people started asking ‘Gunday’ actress all bizarre questions about the road being named after her late father, auto-tuning in her singing career, her fake accent, fairness cream etc.

A user also went on to ask why was a road named after the actress’ father. “Recently a road was renamed in Andheri, Mumbai after your father. What was the reason that it was renamed? What contributions has your father made that a road was renamed after him and not after countless other people who strive and died for India? What made you decide to nominate him and not other people for such a thing? I as a citizen of this city would like to know from you since the whole deal of renaming a city road unnecessarily is sketchy and shady and reeks of corruption. Thank You.” the person asked.
Priyanka Chopra chose not to answer such questions, but many sarcastic comments went on flowing below.

Former beauty queen did answer but only one question that too on homosexuality, which too back fired on her. “I believe that people should be free to live the way they want to. Love is love and is not defined by whether you are homosexual or heterosexual! Very simply, I believe in the adage “to each his / her own”. I firmly believe that everyone is entitled to their own sexual preferences,” she said

A surfer commented: Are you planning to sell any skin enhancement creams for homosexuals?

After several unanswered questions, Priyanka Chopra chose to bid adieu to all Reddit users by saying, “This has been interesting. Thank you guys for your time. I’m sorry I could not get to everyone’s questions but I hope you enjoyed this as well.”

Reddit’s AMA allows its users to ask the person conducting the AMA anything they want.