Priyanka Chopra and Nick Jonas indulge in PDA at London restaurant, fans say ‘what an adorable violation of privacy’

Priyanka Chopra and Nick Jonas were spotted at a London restaurant with Priyanka's mother Madhu Chopra, and they indulged in some PDA which was captured by some fans' cameras. 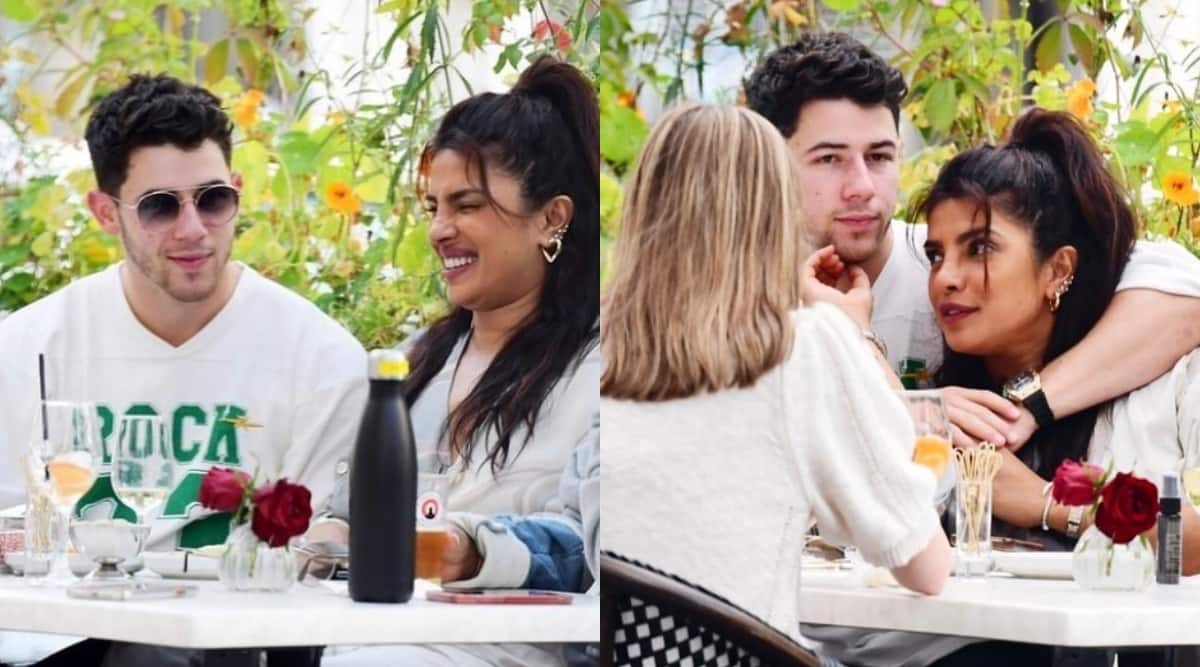 Priyanka Chopra Jonas reunited with her husband Nick Jonas after a long time recently, and they cannot keep their eyes off each other. The couple was spotted at a London restaurant with Priyanka’s mother Madhu Chopra, and they indulged in some PDA which was captured by some fans’ cameras.

A few fan pages of the American singer Nick and Bollywood’s desi girl Priyanka shared a video on Instagram. In the video, Priyanka is seen giving a peck on Nick’s cheek and stroking his cheeks while having a conversation with him over food. The couple looks adorable as they laugh and enjoy their meal together.

A fan of ‘Nickyanka’ commented on the video saying, “Awww so cute 😍 The kissing and hand-holding at the end of this video is everything.” Another fan wrote, “It’s like nobody else was there 😆 ❤️” One of them also commented, “What an adorable violation of privacy.” Many others couldn’t get over the ‘cuteness’ of the video.

Also read |Priyanka Chopra spied on Nick Jonas and her mother, refused to be his date for President Obama’s farewell: love story in 20 photos

Priyanka Chopra and Nick Jonas were living apart for quite some time due to their respective work commitments. While Priyanka was in London shooting for Citadel, Nick was in Los Angeles. The singer recently came to London to be with his wife. Priyanka posted a photo of herself with him where she is adorably embracing him. Along with the photo, she wrote, “He’s home❤️”.

Recently, the actor also posted a photo featuring herself and Nick. She captioned it, “Some moments are forever❤️.”

On the work front, Priyanka has a couple of projects in her kitty. While she has completed the shoot of romantic drama Text for You and Matrix 4, she has Mindy Kaling’s untitled romantic comedy and Ma Anand Sheela biopic in her kitty. She has also left many excited with the announcement of the road trip film Jee Le Zaraa where she will be sharing the screen with Katrina Kaif and Alia Bhatt.