Priyanka Chopra-Nick Jonas give a glimpse of the temple at their LA home as they offer prayers on Maha Shivratri, see pic

Priyanka Chopra and Nick Jonas offered prayers to Lord Shiva on the occasion of Maha Shivratri. The couple welcomed their first child earlier this year. 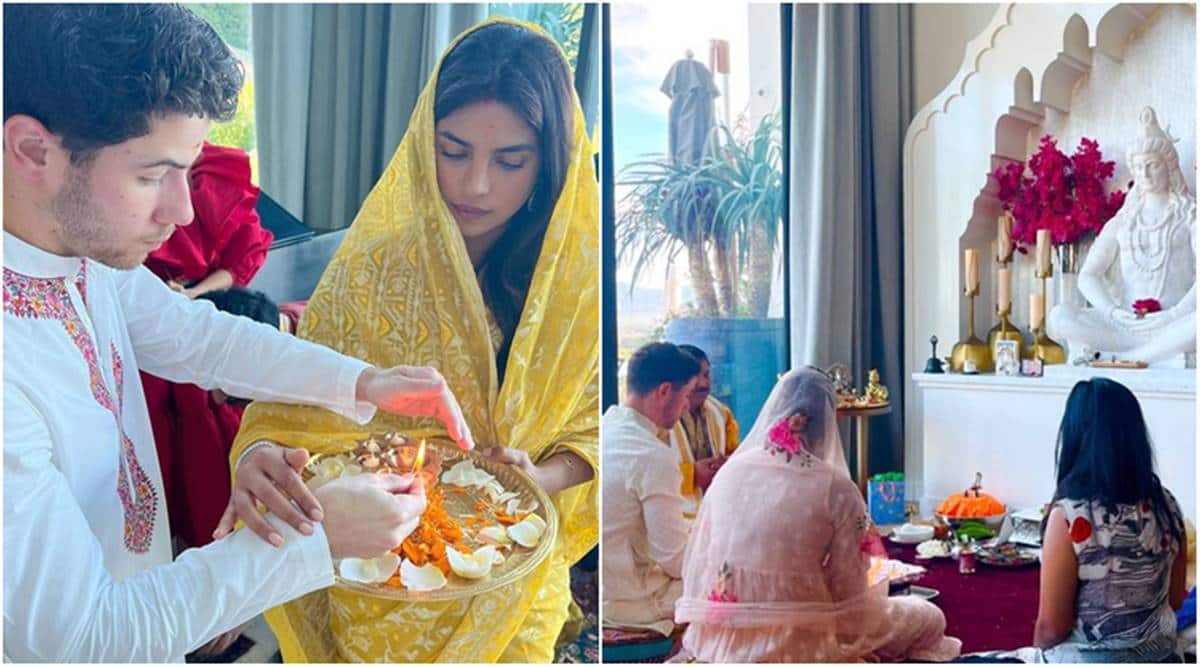 Priyanka Chopra on Tuesday treated fans to a picture in which she was seen offering prayer to Lord Shiva with husband Nick Jonas. The two were seen performing a puja on the occasion of Maha Shivratri at the temple in their Los Angeles home.

The two are seen seated in front of a huge Lord Shiva idol. Sharing the photo on her Instagram account, Priyanka wrote, “Har har Mahadev! Happy Mahashivratri to everyone celebrating.” The photo has Nick and Priyanka with their back to the camera. While Nick has worn a white kurta-pajama, Priyanka wore an Indian attire. This is their first Maha Shivratri after welcoming their first child earlier this year. 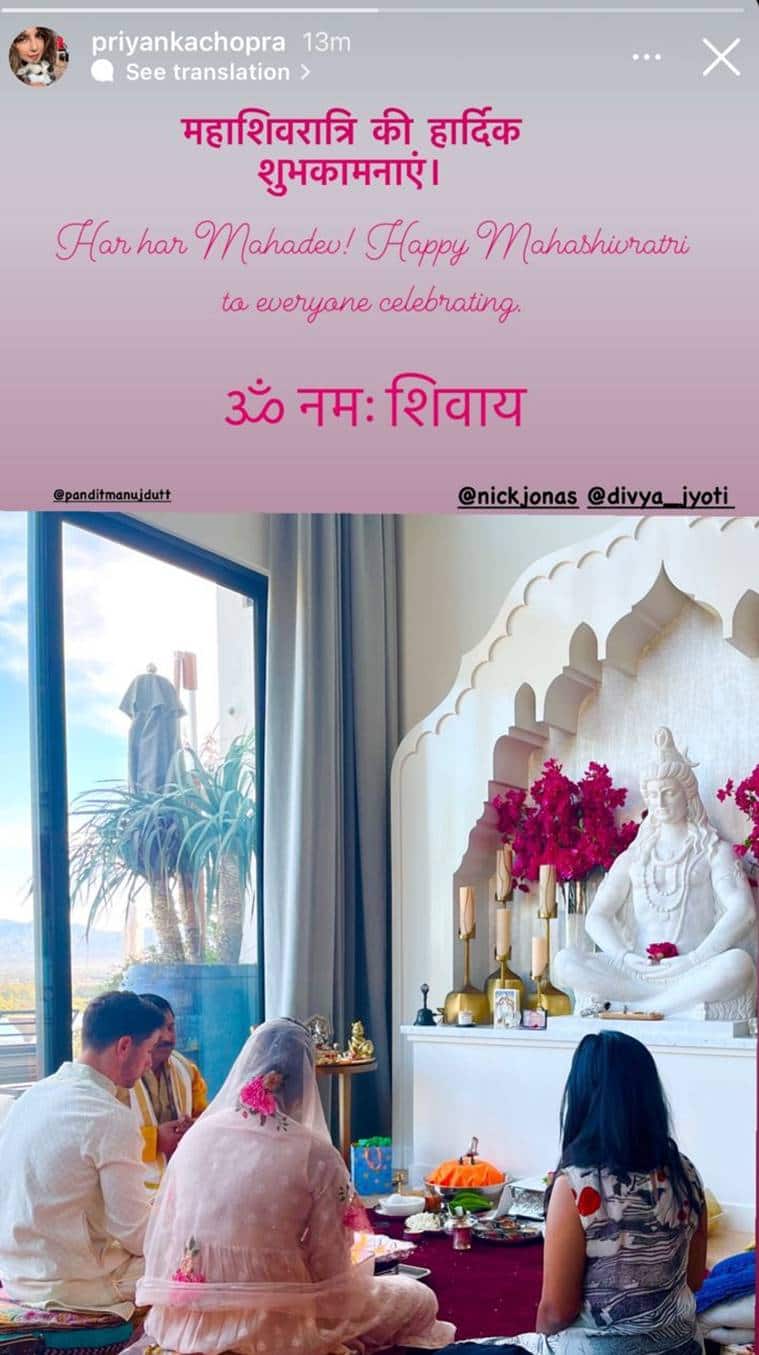 Last week, Priyanka shared a set of pictures that also gave a glimpse of her baby’s room. The photo featured several soft toys placed together, next to a Lord Krishna idol.

Amid her mommy duties, Priyanka also spoke about Russia-Ukraine crisis. “The situation unfolding in Ukraine is terrifying. Innocent people living in fear for their lives and the lives of their loved ones, while trying to navigate the uncertainty of the immediate future,” she wrote along with a video.

She added, “It’s difficult to comprehend how in the modern world this could escalate to such a catastrophic point, but this is a consequential moment that will reverberate around the world. There are innocent lives living in this war zone. They are just like you and me. Here is more info at the link in my bio about how to assist the people of Ukraine.”

On the work front, Priyanka is set to be seen in Citadel. She will also be seen in Text For You, a remake of the 2016 German film SMS für Dich.