Priyanka Chopra's Miss World win in 2000 opened the door for her to join Bollywood, which subsequently empowered her to move to Hollywood. But one of her co-competitors at the pageant has alleged that it was 'rigged' in her favour. 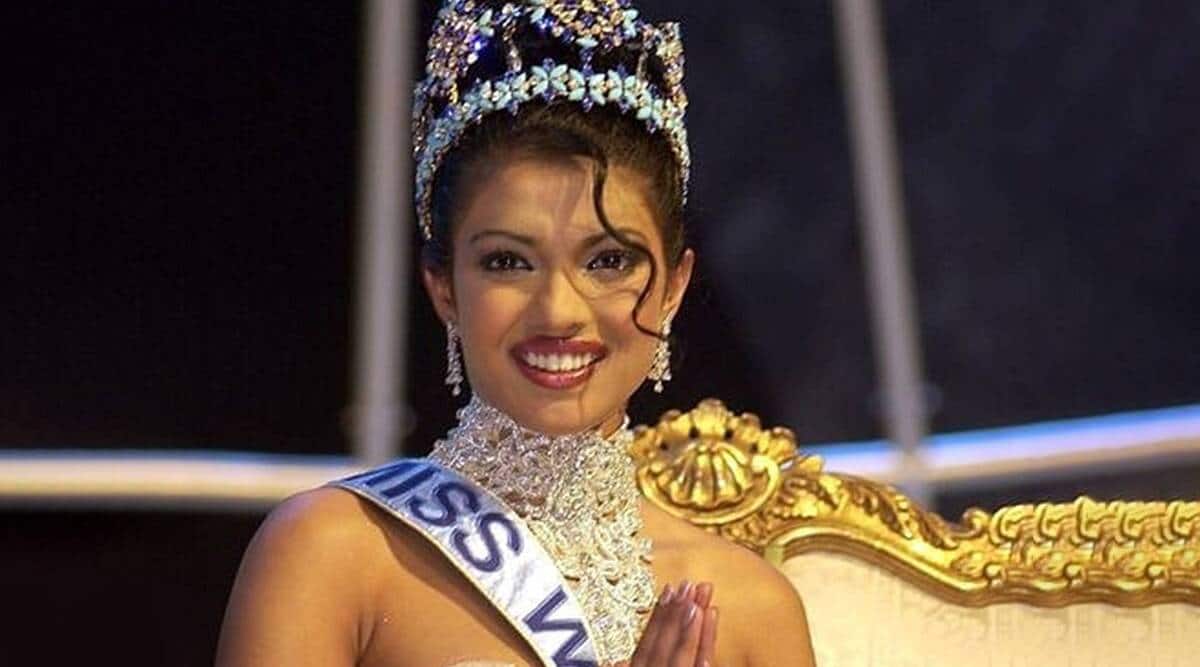 Former Miss Barbados Leilani McConney has alleged that the Miss World pageant of 2000, which Priyanka Chopra won and went on to establish a successful career in India and the US, was rigged. Leilani, as Miss Barbados 2000, also competed in the beauty pageant. Leilani said that she was reminded of what happened with her when she read about similar allegations being made about the Miss USA 2022 pageant.

Contestants at the recent Miss USA pageant alleged that there was a conflict of interest between the show’s sponsor and the eventual winner, Miss Texas R’Bonney Gabriel. Contestants claimed that the same sponsor was also involved with the Miss Texas pageant, and was noticed to be supporting Miss Texas from the sidelines. Further suspicions arose when photos of the winner were shared on social media the very next day, but seemed like they’d been shot weeks before the pageant, in anticipation of her win.

Also read |Priyanka Chopra admits she was furious at Australian journalist’s demeaning remark: ‘Pissed me off’

“I literally went through the same thing at Miss World. Me, I went through that,” Leilani said in a video posted on her YouTube channel. In the same video, she cited examples of what she perceived as favouritism for Priyanka, and claimed the star ‘not nice’ and ‘unlikeable’ as a person. McConney appears to be a YouTuber and has a podcast, unlike Priyanka’s global career.

Leilani continued, “So, I was Miss Barbados and I went to Miss World, and the year I went, Miss India won. Mind you, Miss India had won the previous year. The sponsor was also Zee TV, an Indian cable station. They sponsored the entire Miss World. Our sashes had Zee TV, and then our country.”

Recalling how Priyanka was allowed to pose in a one-piece swimsuit and a sarong, while the others were not allowed to wear sarongs, Leilani said that there was a pattern of favouritism for Priyanka that everybody noticed at the event. She said, “Priyanka Chopra was the only person who was allowed to keep her sarong on. Apparently, she was using some skin tone cream to even out her skin tone, and it was still splotchy. I’m not saying that it was a bleaching cream, it was a skin tone cream. And it didn’t work, so she didn’t want to remove her sarong. So, during the actual judgement, she’s literally in a dress… If you’re a contestant in a pageant and somebody favours you, what will you do about it? Why wouldn’t you go along with it?”

Citing other examples, Leilani said, “Priyanka Chopra didn’t even go to rehearsals, and she didn’t go to morning meals. It was brought to her in her bed… Priyanka Chopra had absolute press calls by herself, that nobody else went to… Nobody else in the Asian region, nobody else was ever called for these press calls… During the contest, before she won, she had these pictures of her walking on the beach. Meanwhile, we’re all grouped together in this sand pit… The designer who designed her gown, also designed all of our gowns. Our gowns were basically mini bride gowns of her gown. And the gowns fit like crap, by the way. Her gown was immaculate.”

Leilani said that when Priyanka was eventually crowned the winner, the other contestants walked off the stage because of the unfairness. “It was so amazing that they had that solidarity… At Miss World, everyone knew that Priyanka Chopra was going to win, and that it was rigged…”

Priyanka moved to the film industry after her win. After a successful career, she moved to Hollywood, where she primarily works these days. She returned to India after three years this week, to launch her haircare line.

Priyanka was involved in a few controversies over the years and has always taken a stand. A few months ago, after a New York magazine published an article calling her a ‘global scam artist’, she had responded on social media. More recently, she responded when comedian Hasan Minhaj questioned her marriage to Nick Jonas and implied that it was a sham. She also apologised after attracting backlash for participating in a proposed reality show that would have ‘activists’ compete against other for their causes. On all three occasions, Priyanka responded. It remains to be seen if she will react to Leilani’s claims.

Here’s where the U.S. is testing a new response to rising seas