Priyanka Chopra and Nick Jonas raise a toast to Danielle Jonas on her birthday: ‘Wishing you light and love’

Priyanka Chopra and Nick Jonas sent love to their sister-in-law Danielle Jonas, who is married to Nick's eldest brother, Kevin. 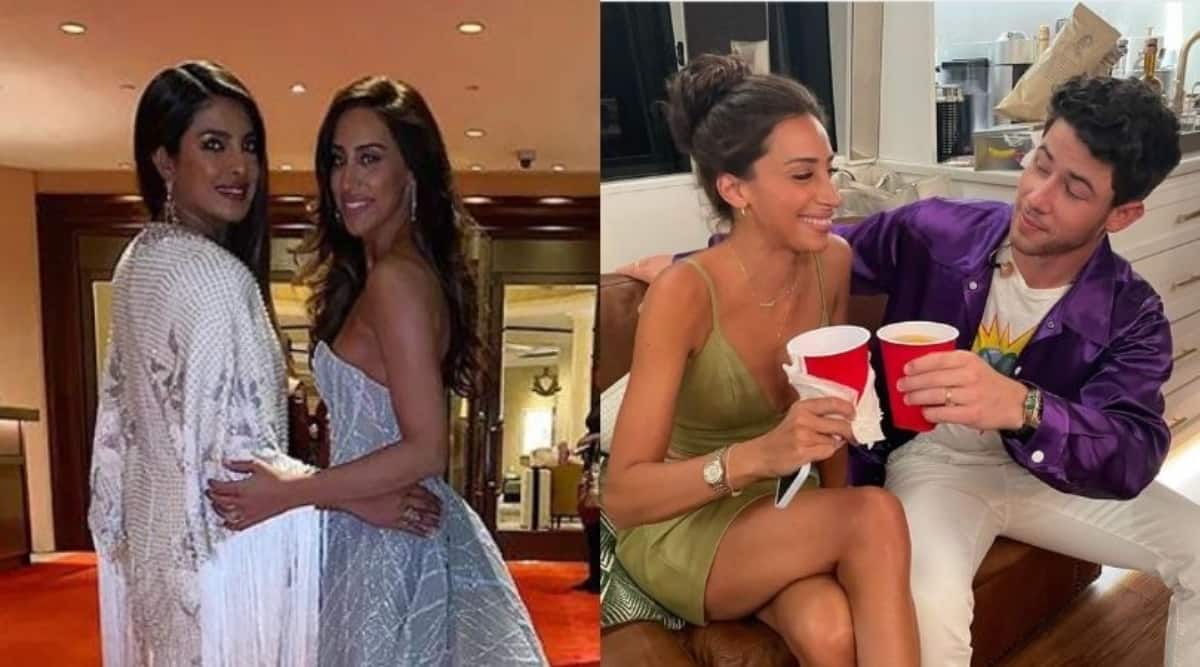 Priyanka Chopra and Nick Jonas flooded their sister-in-law Danielle Jonas with much birthday love. Priyanka took to Instagram Stories to share a picture of Danielle, who is married to Nick’s eldest brother Kevin Jonas, and wrote, “Wishing you so much love and light beautiful Dani! Here’s to celebrating you today! Happy birthday @daniellejonas.” She also added a bunch of hearts at the end.

Nick wrote a post for Danielle as well. He shared a photo where they were seen sitting on a couch and clinking their plastic cups together. “Happy birthday to my fellow Virgo and sister in law @daniellejonas we love you!” he wrote in the caption. Priyanka commented on the post, “Best!!! So cute.” 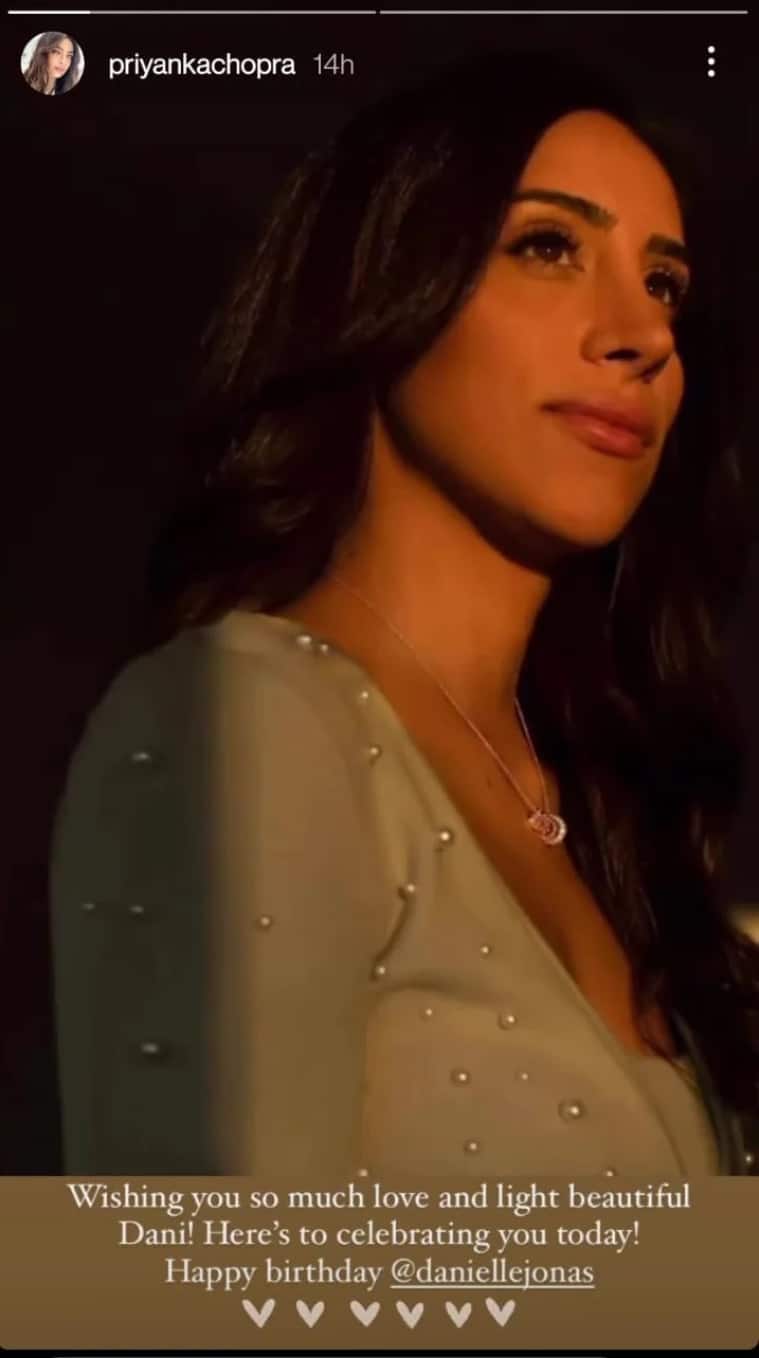 Last week, Nick turned 29 and Priyanka surprised him with a five-tier golf-themed cake and balloons at a Jonas Brothers concert. In the videos that went viral online, Kevin and Joe Jonas sang happy birthday for him. Joe also teased Nick, “Is it from wifey? Is she going to pop out of the cake?” Priyanka had visited Nick in US for his birthday, before rushing back to London to shoot for her Amazon series, Citadel.

After a whirlwind of a courtship, Priyanka and Nick tied the knot in 2018, with two grand ceremonies, following Christian rituals as well as Hindu traditions. At the Times Of India literary festival, PC opened up about the positive impact that Nick has had on her. “I’m so grateful that I married somebody in my profession and who understands the creative ideas that I have. I think within my work, yes, I have learned from Nick a lot. He’s an amazingly talented, creative person and we bounce a lot of our work off of each other. He has impacted me in a big way, I have become calmer in life. He is a very calm person, he finds solutions, and he’s a diplomat whereas I am a mirchi like that.”

Priyanka will also be seen in the film, The Matrix: Resurrections, which will release in December, this year.