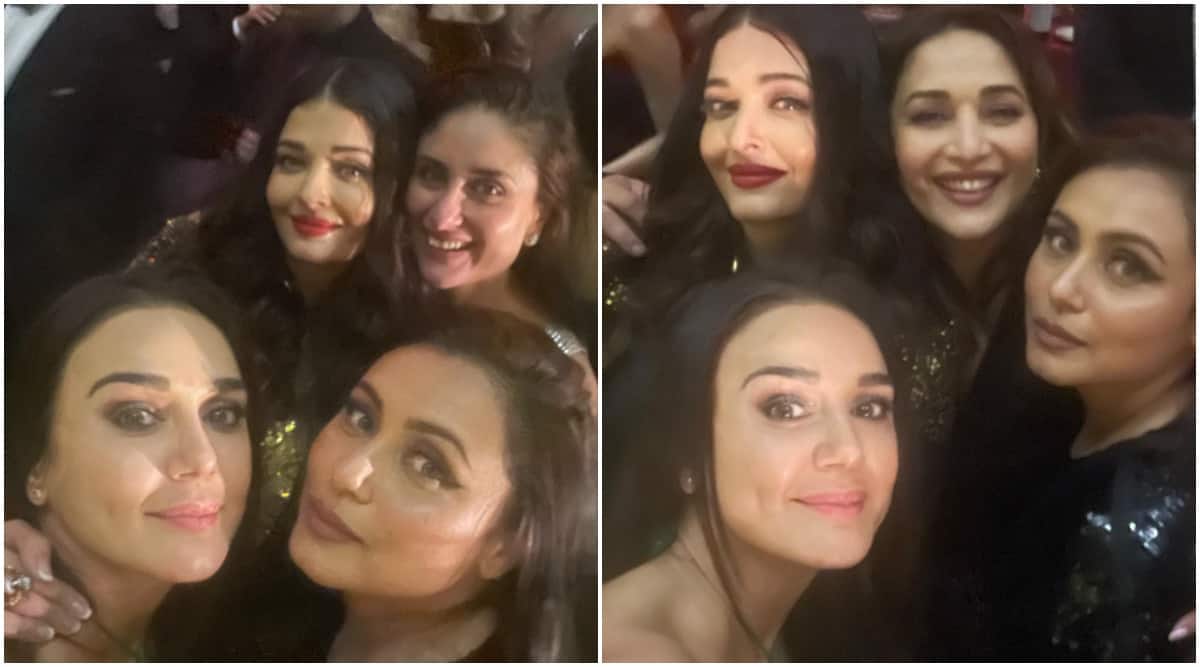 She wrote in her caption, “Thank you @karanjohar for the best night ever. I know it was your golden night but I promise you I had more fun than you 😍🙏You are the bestest host ever ❤️ #nightout #memories #bonding #ting.”

Karan’s birthday was the hottest event in town, with virtually every big name in the Hindi film industry in attendance. Not only was the party graced by the presence of these iconic heroines, it also brought together the three Khans — Salman, Shah Rukh and Aamir. Ranveer Singh was his usual animated self as he danced on top of the bar counter, as seen in videos from the bash. Karan danced with his old friend, Kajol.

Preity has worked with the filmmaker on the hit film Kal Ho Naa Ho, which also starred Shah Rukh and Saif Ali Khan. Kal Ho Naa Ho was directed by Nikkhil Advani, but Karan has said in the past that he regrets he didn’t take the helm of the project.

Funnily enough, Preity and Kareena had a bit of a public back-and-forth that wasn’t entirely pleasant, and unfolded on Koffee with Karan. Kareena was reportedly Karan’s first choice for Kal Ho Naa Ho, and Preity was cast after Kareena passed on the project. In an appearance on Koffee with Karan, Preity said according to Bollywood Life, “Kareena, thank you for Kal Ho Naa Ho. Don’t hold me for it, you always hold me for it. I don’t have any problem with her, but, I do have a problem when she ignores me. I don’t like that. Kareena says hi to me when Karan is around. I think, Kareena, we are both actors of the Indian film industry and we should just take a chill-pill.”