Neetu Kapoor took to her social media to share throwback photos from the earlier visit to the said temple. She also posted images from her recent visit to the holy place. 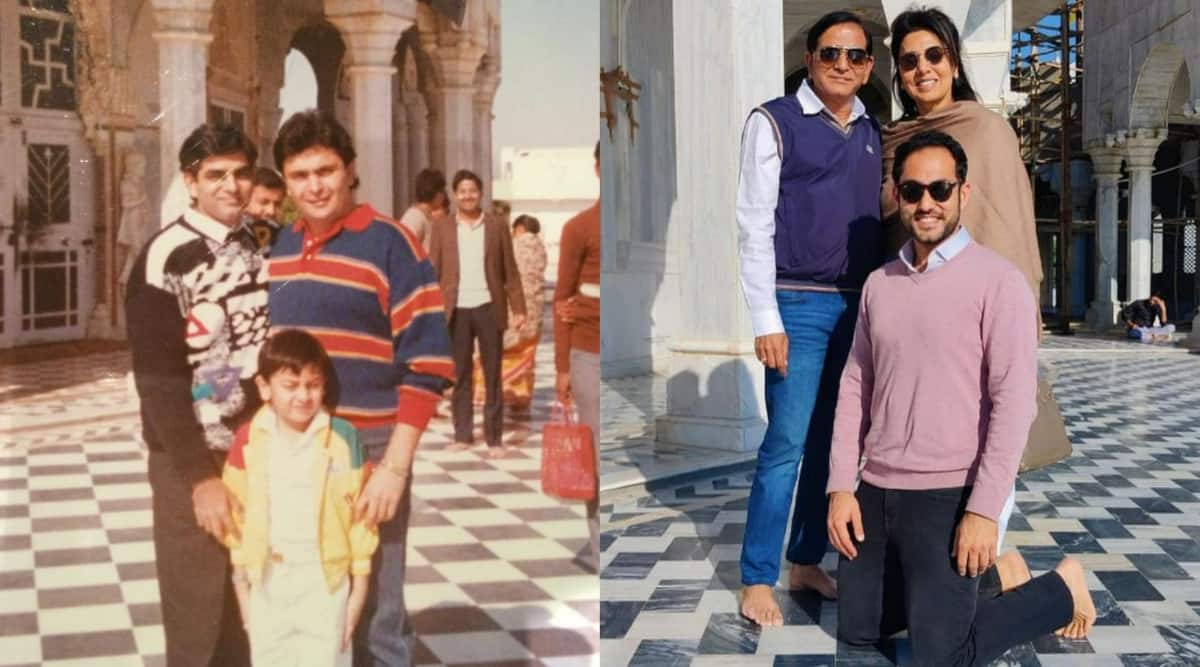 Actor Neetu Kapoor on Saturday posted pictures of her recent visit to Jaipur’s Padampura Jain temple. The veteran star shared pictures with film distributor and analyst Raj Bansal and his son from the same temple she once visited with Rishi Kapoor, Ranbir Kapoor.

Neetu took to Instagram and posted the throwback picture along with recent pictures from the visit, where she was also seen with Raj Bansal and his family.

“After 30 years visited the same temple with @raj_bansal this time with his son 💕,” Neetu Kapoor captioned the picture.

The actor also shared a screenshot of Bansal’s Facebook post, where he had written about the Kapoor’s visit to the Jaipur temple 30 years ago. “Thirty years ago, Rishi Kapoor came to Jaipur with his family on Abhimanyu’s first birthday. I had taken him to Padampura Jain Temple.

“And since then it was a ritual to visit the temple whenever he would be in town. Now his wife Neetu has continued with the same tradition and she went with me to the temple during her recent visit.”

Recently, Neetu’s son and daughter-in-law, actor couple Alia Bhatt and Ranbir Kapoor, announced the name of their baby girl, Raha. Alia credited Neetu Kapoor for coming up with the name, which the actor said has “so many beautiful meanings.”