Exclusive | Nawazuddin Siddiqui says it is a ‘delusion’ that audience is intellectual: ‘There are 2 kinds of actors…’

Nawazuddin Siddiqui's Heropanti 2 with Tiger Shroff and Tara Sutaria is scheduled to release on April 29. 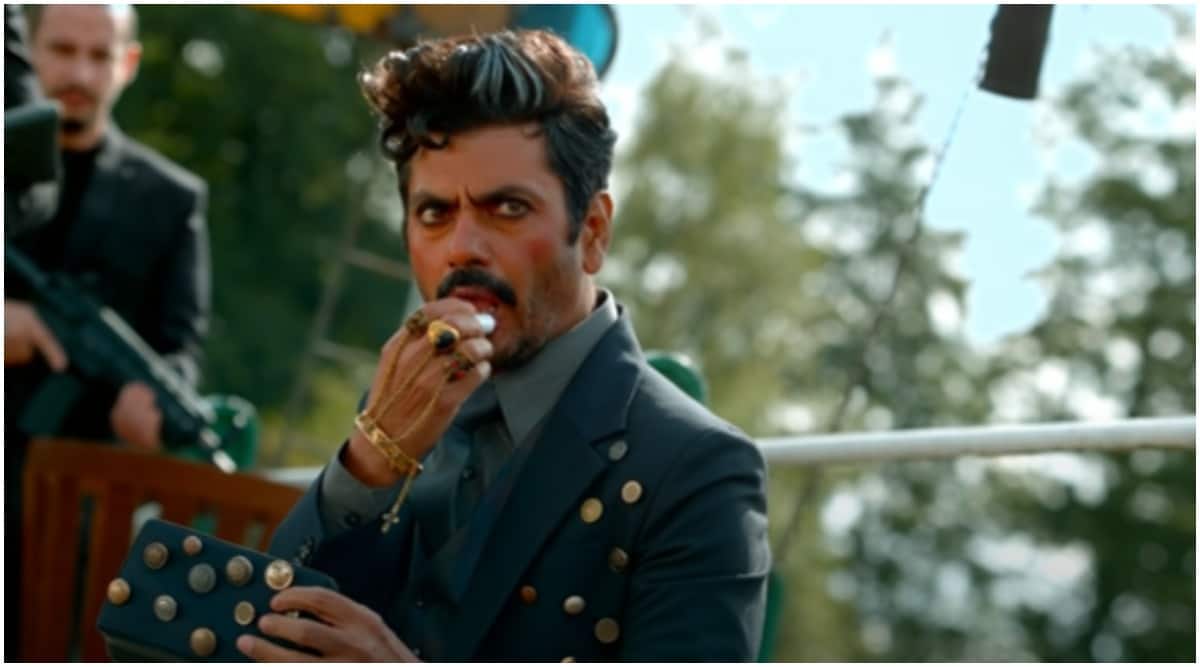 Nawazuddin Siddiqui in a still from Heropanti 2.

Nawazuddin Siddiqui is all set to play Laila, an eccentric don in Heropanti 2. The actor, who is known and loved for his performances in independent films, has been constantly trying to persuade his audience that he can do masala films as well, since the time he featured in Salman Khan’s Kick and Bajrangi Bhaijaan, among others. This is not the first time Siddiqui is sharing screen space with Tiger Shroff; they have featured together in Munna Michael in 2017.

In this interview with indianexpress.com Nawazuddin Siddiqui talks about his desire to try different genres and also shares how some of his most loved characters, like Raman Raghav, Manto and Sacred Games’ Ganesh Gaitonde, have taken a toll on his well-being.

Do you feel the pressure of consistently churning out good performances?

I think it is an interesting process to find out something different in every character. It feels like I am now habituated to researching deeply to add on to the character that I am playing. I am constantly on the look out to add characteristics to the roles I play. Any character I play, whatever movie it is, I feel the intense need to find something different for it, not let it go just like that. I look at how much can we stretch and take that character, taking it to a desired direction. It is a fascinating process for me. Without this process, I don’t feel there is happiness in any kind of creativity. I especially enjoy doing it in commercial films where the scope is limited. I like to take that as challenge to add more value to these characters.

After a series of intense roles, you do a commercial masala film. That’s been your trend recently.

After having done some very intense characters like Raman Raghav, Manto or Ganesh Gaitonde, I felt the need to do a few light films. Bits of those roles have stayed with me, taken a toll on me, they don’t leave your system. These characters have taken away a lot from me.

It takes a month or two for them to get out of me completely. Then I crave to do something light because the other roles have affected me in one way or the other. When you take something from a character, that character also takes a lot from your life. Hence, I decided to do some light work for a bit; I am doing love stories, comedies, if I feel like trying something new after a bit, I’ll do that too.

When you do a fun/commercial film, do you think people judge you, because the tag of intense films is stuck to you?

I am doing a Heropanti 2, I have also done No Land’s Man. So when people question my decision of doing Heropanti 2, then I’d request them to watch Land’s Man. This has always happened to me. When I did Kick, I had other films going to festivals around the world. Films like Raman Raghav, Manto, how many people actually watched it in cinema? Today they watch it on OTT is a different thing, they are appreciating it, but when it released in theatres, only a certain type of audience saw it. The majority didn’t go. It pains me, but also I am happy that thanks to the industry, I have got an opportunity to play such varied roles in different genre of films. I have been offered so many different kind of roles — a millionaire, a billionaire in commercial films, and at the same time I am being offered an artistic film as well. What else do I need as an actor?

Do you feel you are still struggling to maintain a balance between art and commercial films?

It is an interesting struggle. I always wanted to try new things, different things, and that’s exactly what I am doing. I never wanted to be stuck to one kind of role or films. Today I am doing comedies, as well as films that go to film festivals, as well as commercial films. My struggle enriches me, it adds to my craft.

Why did you agree to do Heropanti 2?

If I want to do a commercial film, I’ll just do it. Here, I saw there was scope for me to add more to my character. I am thankful to the makers to offer me this film; I’m sure they had something in their mind for me. When I met Ahmed (director Ahmed Khan), I realised that he did indeed have a lot to offer. There are times you get a lot from commercial films, and then there are times that in the name of art films, content driven films, it has nothing. As an actor, it is to judge my film or filmmakers, I have to see what I can do to make it better.

Heropanti 2 is purely an entertainment film. Now, if people judge me for signing it, then I want to share how we have done it in theatre also. We have done folk plays as well as Shakespeare, but you don’t get judged for doing it in theatre. But, when someone does something different in cinema, there will always be people questioning such decisions. But people need to understand that I am just taking my theatre education further, doing every kind of work.

You’ve had a kind of intellectual audience following your work. Do you fear that they judge your when you pick a commercial film?

It is a big ‘bhram’ (delusion) that audience is intellectual. We have an audience everywhere, we have them in the most remote villages of India. There are two kinds of actors, one who is a ‘public ka actor’ and the other is ‘industry ka actor’. The actor which is loved by the public has only one issue that their films can’t reach the public, but when it does reach, public really loves them.

For ‘industry ka actor’, it doesn’t matter if the public likes them or not, but their films are being hammered to them. I am from the public, they will like my films, but my films don’t reach them. If my films get only 200-400 screens, how will I reach out to them? My film Manto, if there was a show late night and then early morning, even I wouldn’t go to watch it (laughs). People want to watch these films, but such films don’t get enough screens ever. People want to watch films of actors like us, but we don’t get screens. Public doesn’t discriminate. When I take on a project, I don’t think this will be liked by my intellectual followers and this won’t, neither my performance has that kind of stiffness, so a village boy can enjoy my movies as much as a city boy does. I come from a village, it was us who watched so many films and make them hits, so I believe in the public that watches films in theatres and make it a hit.

After so many years in the industry, you finally made a beautiful home in one of Mumbai’s most prime areas. Do you consider this as your comfort pad, an achievement?