Half Girlfriend not as dark as Aashiqui 2: Mohit Suri

Mohit Suri's Half Girlfriend is an adaptation of Chetan Bhagat's novel by the same name. It stars Shraddha Kapoor and Arjun Kapoor. 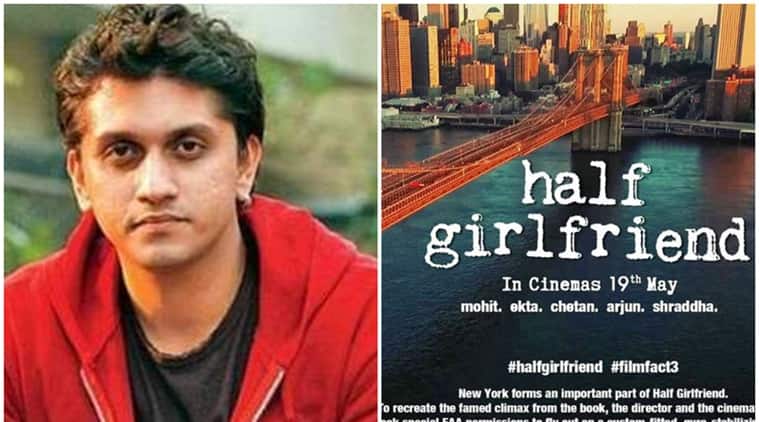 Director Mohit Suri talks about his upcoming film, Half Girlfriend, which also marks his debut as a producer.

Intense and poignant love stories are Mohit Suri’s comfort zone. From Awarapan to Aashiqui 2, the filmmaker’s bent towards the grimness and despair in romantic relationships has been clear. But Mohit seems to be making a deliberate shift now, as he reveals that his upcoming film, Half Girlfriend, is lighter in nature than his previous outings, and it has nothing to do with his view as a filmmaker, but is a result of the changes that fatherhood has brought in his life.

In a media interaction, the director spoke about Half Girlfriend, being father to two-year-old Devi and the new role that he has taken up, of judging dance reality show Nach Baliye season 8.

“Now, my wife has two children, that’s the change in our family post my daughter’s arrival,” Mohit begins on a lighter note, before adding how fatherhood now dictates his filmmaking process. “It has got me more driven to do a lot more things… It has also changed the kind of films (I make)… Maybe I am not making so dark films now. Like, Half Girlfriend is not such a dark film as Aashiqui 2. Somewhere, you also want to make your child laugh. A child’s laughter is the most addictive thing. You can’t get over it. That’s something growing in me now,” he said.

Also read | Half Girlfriend: Has Arjun Kapoor, Shraddha Kapoor film made a record? Here is the truth

On a related note, Mohit also makes it clear that his professional decisions are always guided by emotions, and unlike many other artistes, he believes in emotional choices. That’s the reason why the director doesn’t regret making Hamari Adhuri Kahani, the 2015 romance, which not only tanked at the box-office but was also critically panned.

“It was a subject written some time back, and Mr Bhatt (Mahesh Bhatt, his mentor) wanted me to make it. Sometimes, it’s not the box-office success that is important. It was a mentor asking his prodigy, ‘I have a script and I would like you to direct it. Will you do that?’ I have always followed him and will continue doing so. I have no regrets about it. At the age of 35, I could make a mature love story. The reason I made Aashiqui 2 was also emotional. It was made out of the angst that I had after I lost my father. I don’t regret any emotional decision. If I would take a calculative decision and go wrong, then I would blame myself. Like, Crook was one such example, and it was a bad film. Mohit Suri on the sets of Half Girlfriend, with actors Arjun Kapoor and Shraddha Kapoor.

Mohit has left the failure of the Emraan Hashmi-Vidya Balan starrer Hamari Adhuri Kahani behind and is now counting days to the release of his upcoming film Half Girlfriend, which will arrive in theatres this May. The youthful love story is an adaptation of Chetan Bhagat’s novel by the same name. It stars Shraddha Kapoor and Arjun Kapoor in principal roles.

“It is a story about a boy from a small town and has an inferiority complex. We have this hypocrisy that people, who converse in English are considered successful and those who talk in Hindi are seen as backward. This is very unfair to a country like this. So, how this boy with limitation of language reaches New York in the search of his love and finally gets it, is what the film is about,” the director says.

But before the audience watches his next directorial venture, they will get to see Mohit on the television screens. He is making his small screen debut as Nach Baliye 8 judge.

Mohit, who will be seen sharing the judges panel with actor Sonakshi Sinha and choreographer Terence Lewis, says it is his favourite emotion – love, which got him on board the show. “What impressed me about the show was that it is that dance reality show where there’s not only professional dancing but couples, who are performing here have something between them. Every couple has a love story, a vibe, which I have to analyse. This is why I am on the show to actually judge what the chemistry of two imperfect people come out to be perfect.”

In fact, the Kalyug director says if it wasn’t for the concept of real-life couples, he would have thought twice before signing the series. “I genuinely believe all love stories are not perfect. I think that’s where two imperfect people come together and have a perfect love story. That’s why I am interested in something like this. You have couples who are married for so many years, a newly-engaged couple, a live-in couple. I love the whole milieu of the show. If it wasn’t about couples, I would have thought about doing it or not.”

Last season, Chetan was on the panel and though the author-screenwriter got trolled for being a ‘misfit’ on a dance show, he encouraged Mohit to say yes to Nach Baliye. “I called him and he said, ‘Go for it!’ I told him, ‘But, I will not dance like you!’ I am not nervous. Getting trolled is a part of the nature of the business we are in, for something or the other. If you can’t stomach that, then you are in the wrong profession,” Mohit said. 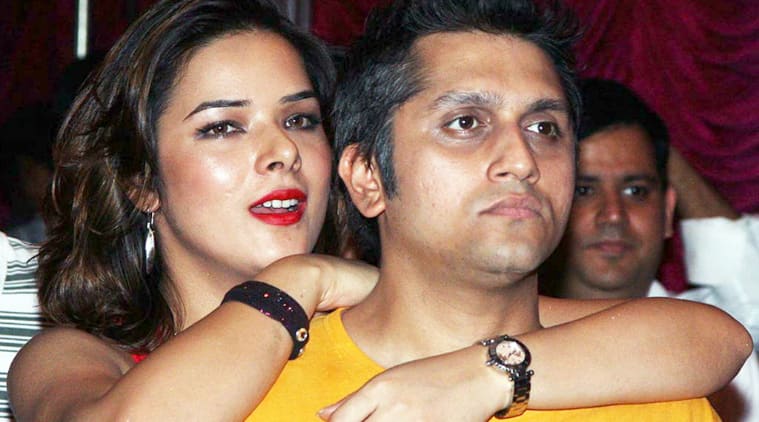 Leaving aside everything, Mohit is extremely excited about his television stint because it has helped him prove his worth to his grandmother, who is a TV buff. “I will be honest, I don’t watch TV. But my family is an avid watcher. For my grandmother, first it was Dilip Kumar, then Amitabh Bachchan and now it’s Ekta Kapoor. So, even on my wedding when I had actors like Sidharth Malhotra, Varun Dhawan, Riteish Deshmukh and Emraan Hashmi roaming around, my grandmother was not that excited. But when my sister got married, Nakul Mehta, Alekh (Sangal), all these people were present and she was calling them by their character names. So, my grandmother finally thinks I have arrived somewhere in my life because I am going to be on television. She is very happy,” the director says.

Mohit intends to bring wife Udita Goswami and Devi some day on the shoot. The other two guests expected on the show are his Half Girlfriend actors. “Shraddha and Arjun will definitely come on the show, to see me in front of the camera and pull my leg. They will want to take revenge from me of all the wrongs I did to them during the shoot,” he laughs.