Mohammed Zeeshan Ayyub: Sameer taught me how not to do a scene perfectly

Actor Mohammed Zeeshan Ayyub, who was recently seen in Raees and Tubelight is coming with his first solo film, Sameer. The actor plays a man caught as a terror suspect in this Dakxin Chhara directorial. Zeeshan will next be seen in Thugs Of Hindostan. Actor Mohammed Zeeshan Ayyub, who is shooting for Thugs Of Hindostan, is currently all geared up for the release of his film Sameer.

Actor Mohammed Zeeshan Ayyub just finished the Malta schedule of Thugs Of Hindostan with Aamir Khan. And before he gets on to the next one, and shares the same frame with Amitabh Bachchan, he is on a break. Well, not really. Zeeshan is currently busy promoting his upcoming film Sameer, directed by documentary maker Dakxin Chhara. This happens to be his first solo lead. Zeeshan shares his experience and a lot more during an exclusive chat with indianexpress.com. So what is it like for someone who’s become an integral supporting actor in every other film, to get his first lead role?

“It changes from film to film, in the sense that sometimes even supporting roles are very author backed. You just need to make your character, a human being, and then experiment with your performance. Even in Sameer, we have experimented with performances. Like in a scene we keep 100 percent conviction. But in this, we haven’t done that with my character. We keep dropping things in the middle which you’ll realise in the end why those drops were there,” Zeeshan said.

The actor, today, might be a part of almost every big ticket film, but for this NSD pass-out, it took him almost a decade to get his first solo film.

People here is the poster of my next release #SAMEER pic.twitter.com/NGufZrdz3e

He says, “In Sameer, I discovered how not to do a scene perfectly. So many years, I trained myself to be fully present in a situation, to get the shot right. And suddenly to take a step back, actually becomes more difficult. So finally I achieved that and understood how it works. That’s what I explored about myself.”

Sameer revolves around an innocent guy who gets caught as a suspect in a bomb blast, and eventually how the authorities try to use him for their own interest. 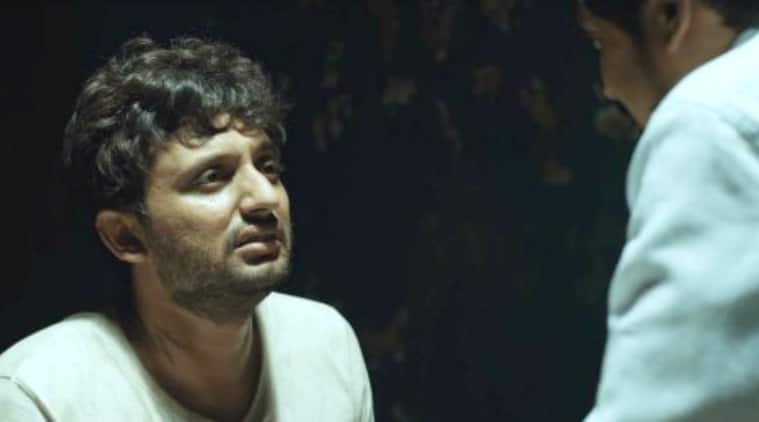 Mohammed Zeeshan Ayyub in a still from Sameer.

“It is an important political film and raises a relevant point. The way we see things easily in black or white, we categorise things very easily, it somewhere touches on that and the effect of such events it has on the common man, that’s what the film shows,” Zeeshan explains. Stars like Swara Bhaskar, Rahul Dholakia, Anand L Rai, Apurva Asrani and Hansal Mehta have already been raving about the film on Twitter. Sameer also had a world premiere at the New York Indian Film Festival.