Shah Rukh Khan-Amitabh Bachchan’s Mohabbatein turns 21: The film with the worst advice a grown-up could offer a teenager 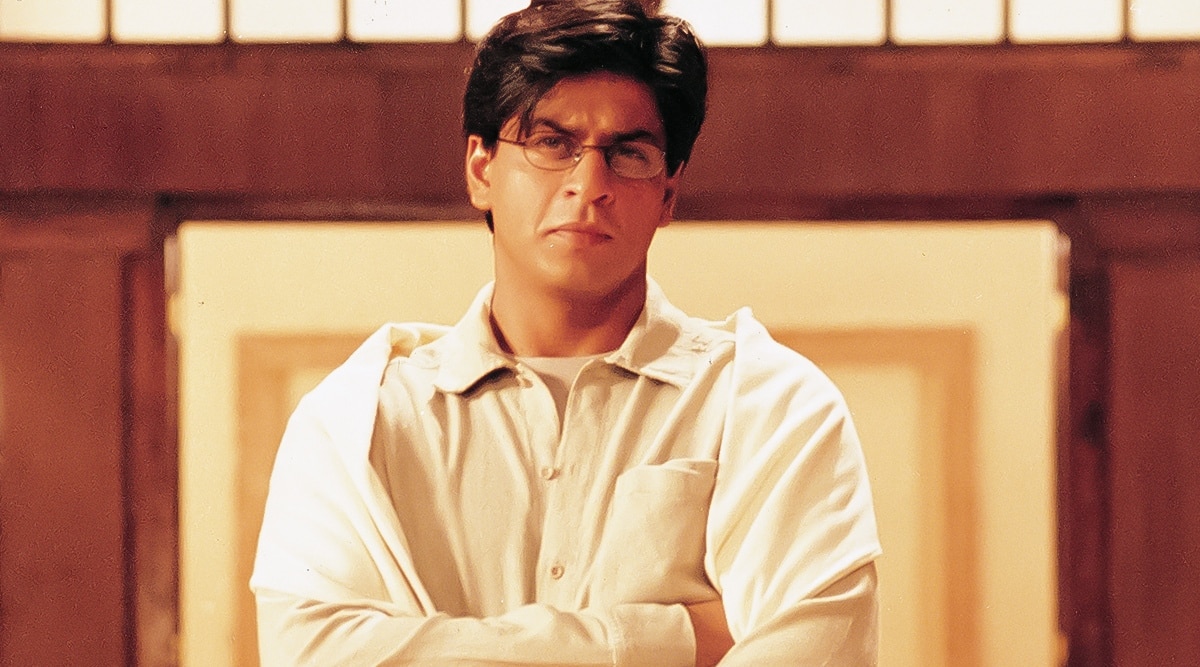 Shah Rukh Khan played Raj Aryan, the teacher who guides a revolution at Gurukul in Mohabbatein.

I was just nine when Shah Rukh Khan posed with a violin and basically asked the students of Gurukul to give up on their education so they could indulge in some rebellious teenage romance. It was Raj Aryan’s (the character essayed by SRK) way to create some kind of misguided revolution to avenge the death of his girlfriend (played by Aishwarya Rai Bachchan). At the time, I could not see beyond the dreamy eyes of Shah Rukh Khan and the jaw-dropping costumes of Aishwarya but 21 years later, I realise that this has to be the worst piece of advice that a grown-up can offer to a teenager and it hurts even more when the grown-ups making Mohabbatein were ‘inspired’ after watching Robin Williams’ Dead Poets Society.

In case you didn’t know, Aditya Chopra directed Mohabbatein was ‘inspired by’ Peter Weir’s 1989 film, Dead Poets Society. If you have seen both, you can’t help but question that how a coming-of-age drama like Dead Poets Society, where the teacher is encouraging his students to find their voice, to stand up for themselves, and to follow their passion is translated into Shah Rukh Khan’s Raj Aryan who instigates the students to break free out of the college gate and fall in love with the first woman they meet and sacrifice their educational prospects in the process. 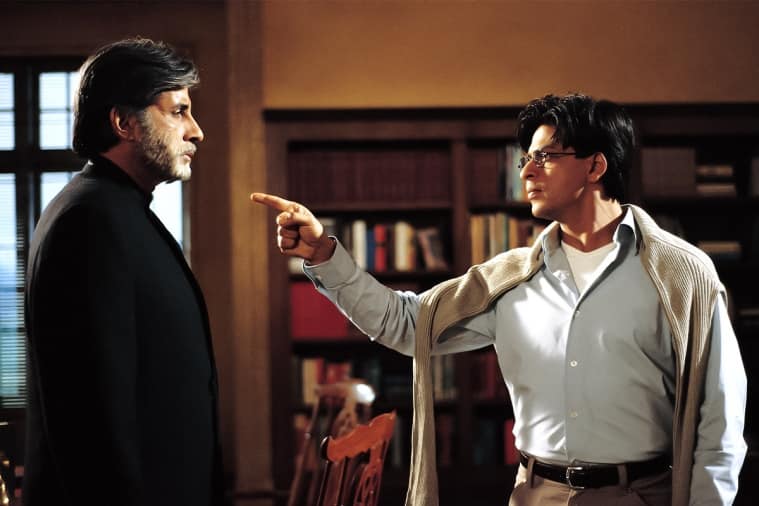 Raj Aryan’s students are just some unlucky bystanders as he settles scores with Narayan Shankar.

Don’t get me wrong! I grew up on “Pairon Mein Bandhan Hain” and loved the moment when SRK picked up the dhol in his black jacket, made mean eyes at Amitabh Bachchan’s Narayan Shankar and sang “Duniya Mein Kitni Hain Nafratein” with the resolve of punishing the old man who is responsible for his lovers’ death. But let’s be honest, one doesn’t rewatch Mohabbatein for its cinematic excellence. It is remembered for the simple nostalgic days when we were fooled into believing that Uday Chopra was the next-gen superstar and Preeti Jhangiani’s Kiran was a child bride with the most intense track in the film. Mohabbatein is rewatched for the cringe that provides some unintentional laughs.

Like when Kim Sharma acts way too much and says “Sameer, mujhe apni baahon mein le lo” to Jugal Hansraj, you can’t help but exasperate at their childish antics. Or when Shamita Shetty’s Ishika has some strange ‘hotness competition’ with a woman named Sonya but a heroic Uday Chopra leaves her disarmed with his supposed charm (I never thought Uday Chopra and charm would fall in the same sentence but I guess that’s what YRF wanted us to believe 21 years ago). You can surely love Mohabbatein for Jatin-Lalit’s melodious tunes but not for that godforsaken skit that Anupam Kher and Archana Puran Singh put on as some kind of comic act. Just like you can love Mohabbatein for Shah Rukh Khan’s lover boy act but not for the plot that he gets in the film. 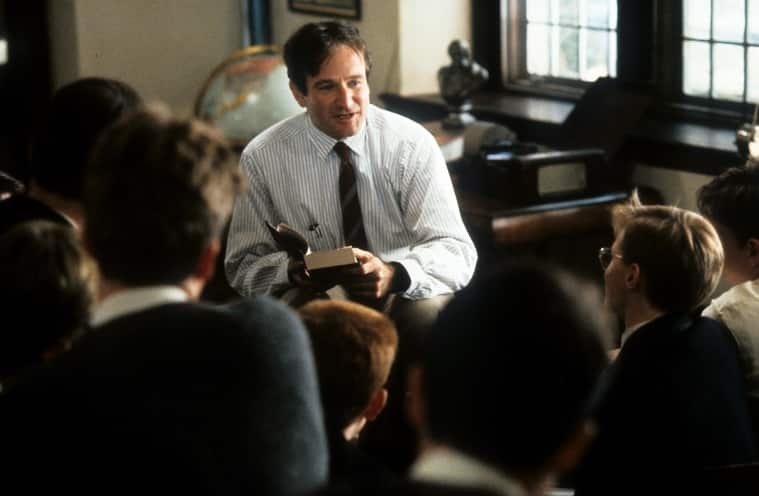 Robin Williams’ Keating in Dead Poets Society pushes his students to be who they want to be.

Dead Poets Society is one of those deeply impactful films that take you back to your school and college days and makes you wish that you had a teacher like Keating. The film’s emotional punches are so potent that thinking of them can bring tears to your eyes. Both these films are set in a strict educational institution where a new teacher challenges the old norms – but that’s where the similarities end. While Dead Poets Society delivers an emotionally wrought story of teens who encounter the truth of life in their otherwise protected upbringing, Mohabbatein reduces the meaning of life to teenage love stories, which are quite inconsequential in the larger scheme of things.

Dead Poets Society is the kind of coming-of-age film that’s pretty timeless – in terms of its plot as well as execution and if YRF wants to take another crack at it, now would probably be the right time for it.

All eyes on Captain press meet today, AICC reaches out to miffed ex-ministers