Shahid Kapoor is shooting for Raj and DK's upcoming web-series which will be an out-and-out action thriller, in Mumbai's Goregaon Film City. 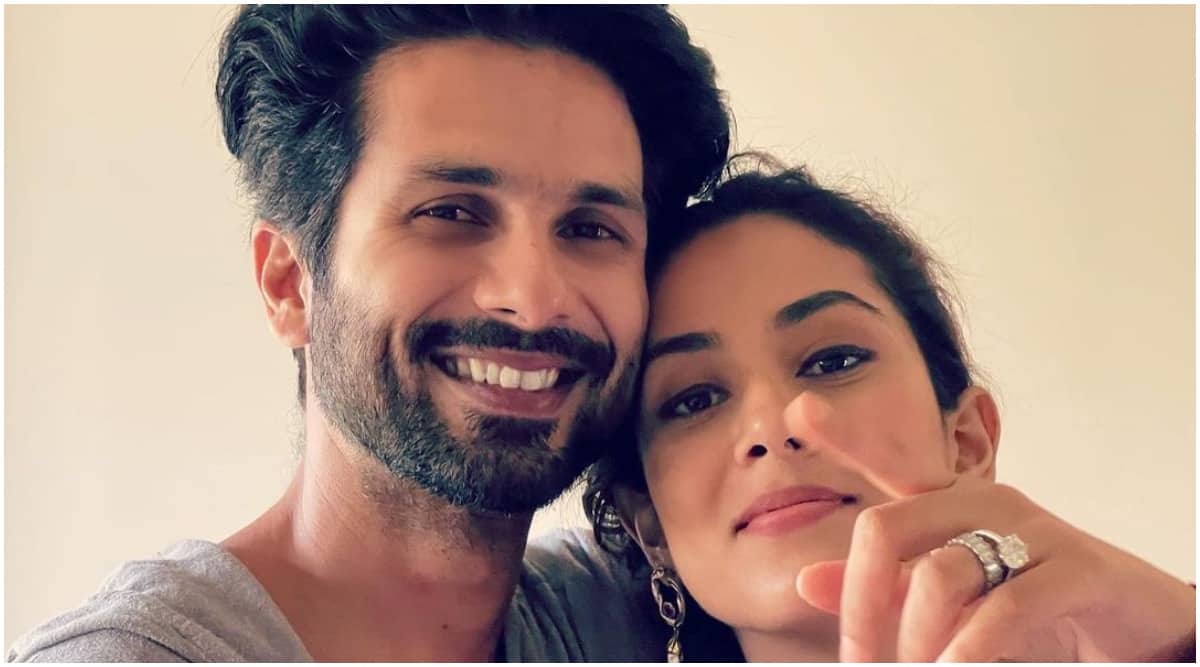 As actor Shahid Kapoor is away from home due to work commitments, his wife Mira Rajput is missing him. She took to Instagram and shared a cosy picture of the two, along with a heartwarming caption.

Mira wrote, “You make my heart skip a beat.. or three or four. FaceTime just doesn’t cut it #missyousomuch.”

Unlike many other celebrity couples, Shahid and Mira don’t shy away from social media PDA. Recently, they celebrated their sixth wedding anniversary earlier this month. On the occasion, Mira shared a picture with Shahid and wrote, “I love you more than words suffice. Happy 6, my love my life.” She had also shared a picture of the surprise bouquet of flowers that Shahid had sent her. Mira captioned her post, “That’s how you melt my heart. @shahidkapoor I love you.”

On the work front, Shahid, who had completed two schedules of the action web-series with Raj and DK in Goa, kicked off a 40-day schedule in Mumbai’s Film City earlier this week. The Kabir Singh actor also caught up with The Family Man star Manoj Bajpayee.

Raj and DK are filming crucial sequences at the Goregaon Film City with Shahid as the lead, if reports are to be believed. Following which, the shoot will be carried out in various Mumbai locations. The team will then start shooting in foreign locations.

According to reports, South star Raashi Khanna, who was last seen in John Abraham’s Madras Cafe (2013) is the female lead opposite Shahid. Touted to be an action-thriller, this project would be Shahid’s web series debut. The schedule was meant to wrap up by June, but due to the second COVID-19 wave, the shoot got delayed.