Manikarnika: The Queen of Jhansi will hit screens on January 25, 2019.

Kangana Ranaut is ready to grace the big screen with what might be one of the biggest releases of 2019, Manikarnika: The Queen of Jhansi. Kangana launched the trailer of the film along with the cast and crew at Wadala’s IMAX Theater.

The historical period drama features Kangana Ranaut in the titular role and is based on the life and times of the queen of Jhansi, Laxmi Bai. The movie also stars Atul Kulkarni as Tatya Tope, Jisshu Sengupta as Gangadhar Rao, Suresh Oberoi as Bajirao II, Danny Denzongpa as Ghulam Ghaus Khan, Ankita Lokhande as Jhalkaribai and Yash Tonk as Rao Tula Ram among others.

Manikarnika will simultaneously release in Hindi, Telugu and Tamil. Directed by Radha Krishna Jagarlamudi, the film will release on January 25, 2019.

Follow all the latest updates from Manikarnika trailer launch.

Shankar Mahadevan renders a song from the Manikarnika album. The album has been composed by Shankar-Ehsaan-Loy and its lyrics have been penned by Prasoon Joshi.

We see glimpses of Manikarnika’s warrior skills and her efficiency with the sword. We also see how she got married and came to Jhansi and later we are told what happens after she gets married. The Britishers are the enemy here and the trailer repeats that over and over again. Sure we all know what is the story of this famed warrior but the trailer has not left anything to our imagination.

Also read | Manikarnika The Queen of Jhansi trailer: Kangana Ranaut is ready for an epic war

"I was a little apprehensive because people had told me that she (Kangana) gets angry quickly. But when I started narrating the script to her, she jumped and clapped all the way like a kid. And I thought to myself, 'Thank God!'," writer KV Vijayendra Prasad shared while talking about working with Kangana.

Kangana on comparisons with Queen of Jhansi

"I am very fortunate if you are comparing me with Queen of Jhansi. My mom and dad are here. I always thought why they gave birth to me. But now, I finally feel my life has a purpose," says Kangana Ranaut.

Kangana on clash with Super 30

Kangana Ranaut was asked about the clash with Super 30 and Cheat India on Republic Day. She refused to answer the question and passed the mic to the producer.

It was my decision to come on Republic Day, says Kangana

"It was my decision to come on Republic Day. I have driven everybody nuts for it. The VFX studio is currently a battleground,” says Kangana Ranaut.

The only obstacle was managing the physical aspect, says Kangana

"The only obstacle was managing the physical aspect. Changing into different costumes tested our patience,” says Kangana Ranaut.

“As far as creative aspect is concerned, I want to give credit to the writers. The script never changed. I didn't have to take anyone's vision forward. I could use my own vision. I didn't see any obstacle like that. But it is definitely difficult to step in someone else's shoes. So, my future directing project would be easier than this,” says Kangana Ranaut.

Nothing can match the larger-than-life image of Rani Laxmibai, says Kangana

“Nothing can match the larger-than-life image of Rani Laxmibai. Nothing can ever be good enough. If we match up to that image, that would be great,” says Kangana Ranaut.

I love directing more than anything else, says Kangana

"I was telling my sister yesterday, 'I don't know what is it about me but I really love working as a technician.' No actor wants to be out in the sun as opposed to being in the AC van. No actor wants to be among 80 sweaty people who are asking you 100 questions. No actor wants to do recce when they can sit conveniently in their luxury suites. I don't know what is it about me that I am so comfortable in this job. There is nothing I love more than directing. Even though I don't get to wear make-up or look like my star self or get any special treatment. It is absolutely a worker's life to be honest, but there's something so amazing about this job that I don't know why people even consider this a job. It is so much fun. I think acting is more like a job but directing is a lot of fun. I hope I get more chances to do this. This seems like my first love,” says Kangana Ranaut.

Manikarnika: The Queen Of Jhansi will be released in 3000 screens across 50 countries, says producer Shariq Patel.

Watch the trailer of Manikarnika - The Queen Of Jhansi

A ferocious warrior, a beloved queen and a loving mother - Rani Laxmi Bai was an epitome of courage, bravery and sacrifice. Here's a glimpse into her extraordinary life.

A poem dedicated to Queen of Jhansi 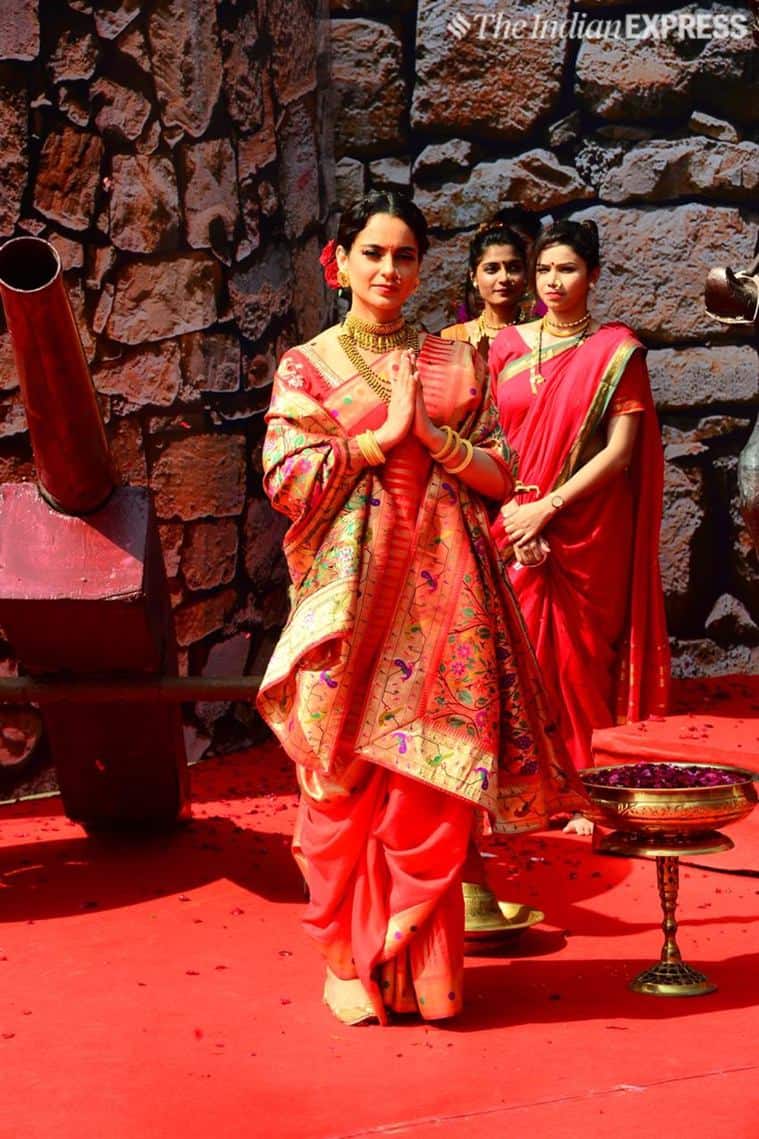 Kangana Ranaut poses for photographers at the trailer launch of Manikarnika: The Queen of Jhansi. (Express photo: Varinder Chawla) 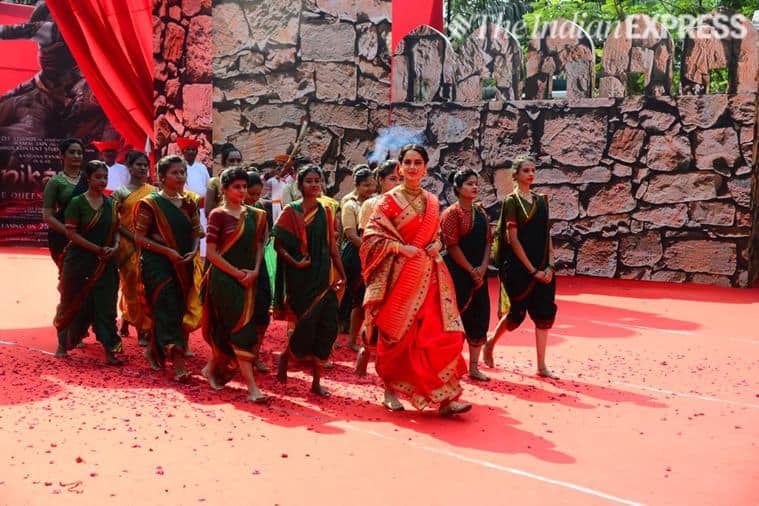 Manikarnika: The Queen of Jhansi has been written by K V Vijayendra Prasad, and the songs of the movie have been penned by Censor Board chief Prasoon Joshi with music by Shankar-Ehsaan-Loy.