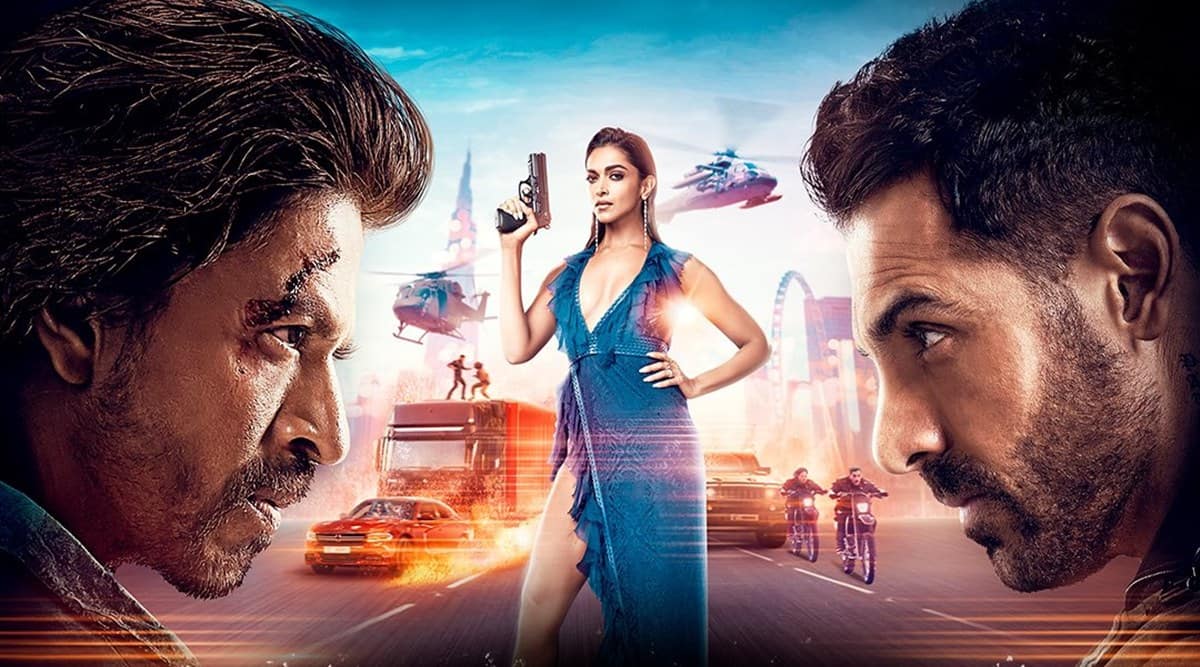 Morning shows of Shah Rukh Khan-starrer Pathaan were cancelled at some theatres in Madhya Pradesh’s Indore city on the day of the film’s release on Wednesday following protests by right-wing organisations. The film has been opposed by some segments who claim its song called Besharam Rang hurts the sentiments of Hindus.

On Wednesday, activists of the Hindu Jagran Manch showed saffron flags at Sapna-Sangeeta cinema hall in protest against the movie and recited Hanuman Chalisa, eyewitnesses said, adding that some of them also had sticks. Some of the protesters entered the theatre and asked the audience to move out. The protesters said they would not allow the movie to be screened in the cinema hall.

Besides, Bajrang Dal activists also staged a protest against Pathaan at Kastur cinema hall in the city and shouted slogans against Shah Rukh Khan.

Police security was deployed at both the theatres in view of the protests by right-wing organisations.

Assistant Commissioner of Police Dishesh Agrawal said, “Activists of the Hindu Jagran Manch and Bajrang Dal have been protesting against the film Pathaan. Hence, some of its morning shows were cancelled.” Asked about further shows of the movie, he said an appropriate decision will be taken considering the law and order situation.

Pathaan has been battling controversy and calls for a ban over its song Besharam Rang, also featuring Deepika Padukone. A sequence in the song showing Padukone in a saffron bikini led to protests across India for allegedly hurting “Hindu sentiments”.

The Central Board of Film Certification had directed the makers of Pathaan to implement “changes” in the movie, including its songs, in accordance with board guidelines, CBFC chairperson Prasoon Joshi said last month.

The CBFC had asked production banner Yash Raj Films to submit the revised version of the spy action thriller before its release, Joshi said.