Actor Vijay Raaz says his film raises some pertinent questions while depicting the pain and agony of Partition. 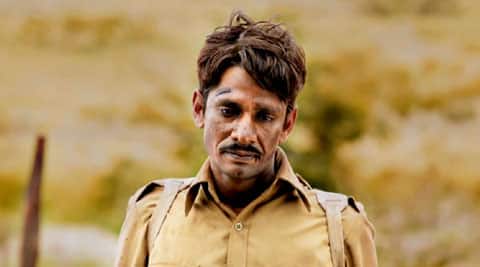 ‘My film depicts the pain and the agony.’

Actor Vijay Raaz, who is turning director with period war drama ‘Kya Dilli Kya Lahore’, says his film raises some pertinent questions while depicting the pain and agony of Partition.

“My film depicts the pain and the agony that every average Indian or any Pakistani has gone through. I have tried to recount those memories through the characters of Rehmat Ali and Samarth Pratap Shastri in this film,” Raaz told reporters here while promoting the film.

The 50-year-old actor, best known for his roles in Mira Nair’s ‘Monsoon Wedding’, ‘Delhi Belly’ and ‘Delhi 6’, is also playing the character of Rehmat in the film.

Set immediately after India’s Independence, the film narrates what happens when, Samarth, an Indian soldier who came from Lahore after partition meets a Pakistani soldier, Rehmat who was born and brought up in Delhi’s Chandni Chowk but had to shift to Lahore after Partition.

On choosing to debut as a director with a subject like this, Raaz said, “I never thought that I will be directing but when the story came to me, I got too involved with it. Being born and brought up in Delhi I can connect to the emotions, subsequently the producer offered me to direct.”

“The film is based on a serious issue, but as both of us have done earlier, we could not resist of embracing comedy in it,” said Manu Rishi, who plays the character of Samarth, the Indian soldier.

‘Kya Dilli Kya Lahore’ is slated to hit the screens in India on May 2.

The makers are planning to release the film in Pakistan and are in talks with some distributors there but things are yet to be sorted.

“I don’t think that our film will be banned or create trouble anywhere, because it is unlike the other Indian films who bash Pakistan or vice-versa,” Rishi said.

The film’s first trailer was released on Wagah Border in 2012.