Kim Sharma celebrates a year of dating Leander Paes: ‘Thank you for being mine’ 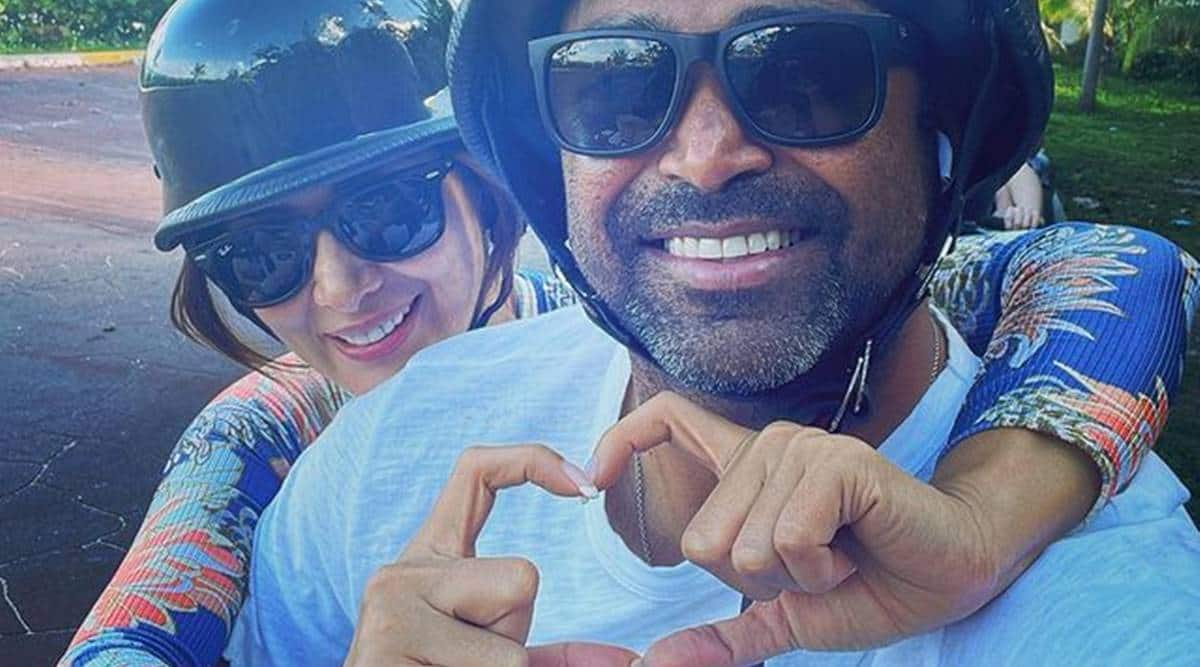 Kim Sharma and Leander Paes have been dating each other for a while now. (Photo: Kim Sharma/Instagram)

Kim Sharma and Leander Paes are celebrating their first dating anniversary today. On the occasion of the anniversary, Kim shared several photos of herself and the legendary tennis player. In one of the photos, Kim is seen planting a kiss on Leander’s cheeks. In another picture, the couple is seen enjoying a hot dog. Sharing the photos on her Instagram account, Kim thanked Leander for “endless moments of happiness and learnings.”

“Happy anniversary Charles ♥ 365 days ! Endless moments of happiness and learnings .Thank you for being mine. Love you to bits,” she captioned the photo. As soon as Kim shared the photos, her friends and fans flooded the comments section. Amrita Arora, Mushtaq Shiekh, Ujjwal Raut and others congratulated the couple and posted heart emojis.

ALSO READ |SS Rajamouli’s RRR is a hat tip to diversity, thumbs down to hate

Kim Sharma and Leander Paes made their relationship official in 2021. The actor shared a photo of herself and Leander. She used an evil eye emoji and a couple kissing emoji as caption.

Kim and Leander are open about their relationship. Earlier this year, Leander wished Kim on her birthday with an adorable photo. “Happy Birthday my darling @kimsharmaofficial. My wish for you is a year as Magical as you,” he wrote as the caption. Kim, on the other hand, flaunted a bouquet of red roses gifted by Leander on Valentine’s Day. “Roses are red, violets are blue, everyday I thank Jesus for giving me You ! Happy V day baby,” she captioned the picture.

Kim Sharma and Leander Paes’ dating rumours began when they were spotted holidaying in Goa. Since then, they have made several appearances together. Kim was earlier in a relationship with Haseen Dillruba actor Harshavardhan Rane. The two parted ways in 2019.