Vicky Kaushal and Katrina Kaif on Friday night were spotted by photographers outside Farhan Akhtar‘s house. The power couple was seen holding hands, looking all in love, as they smiled for the cameras. Other celebrities like Karan Johar, Dino Morea and Chunky Panday were also spotted at Farhan’s house, along with Ritesh Sidhwani and his wife Dolly.

For the get-together, Katrina picked up a floral off-shoulder pink and black dress, while husband Vicky wore a white shirt with denim and sneakers. The two came together in the car and as they stepped out, Katrina waved at the photographers. Vicky soon joined her and the lovely couple posed for the cameras together. Vicky and Katrina then walked in hand-in-hand inside the building. 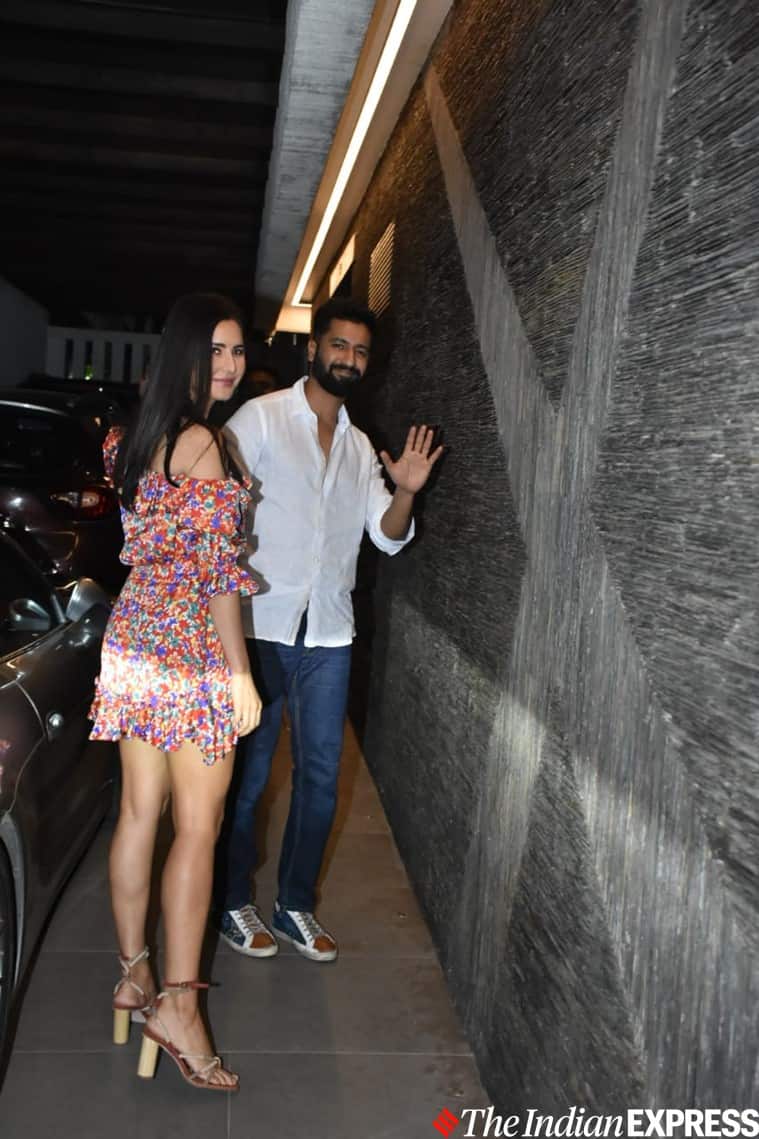 Vicky waves at the cameras as Katrina smiles for the camera. (Photo: Varinder Chawla) 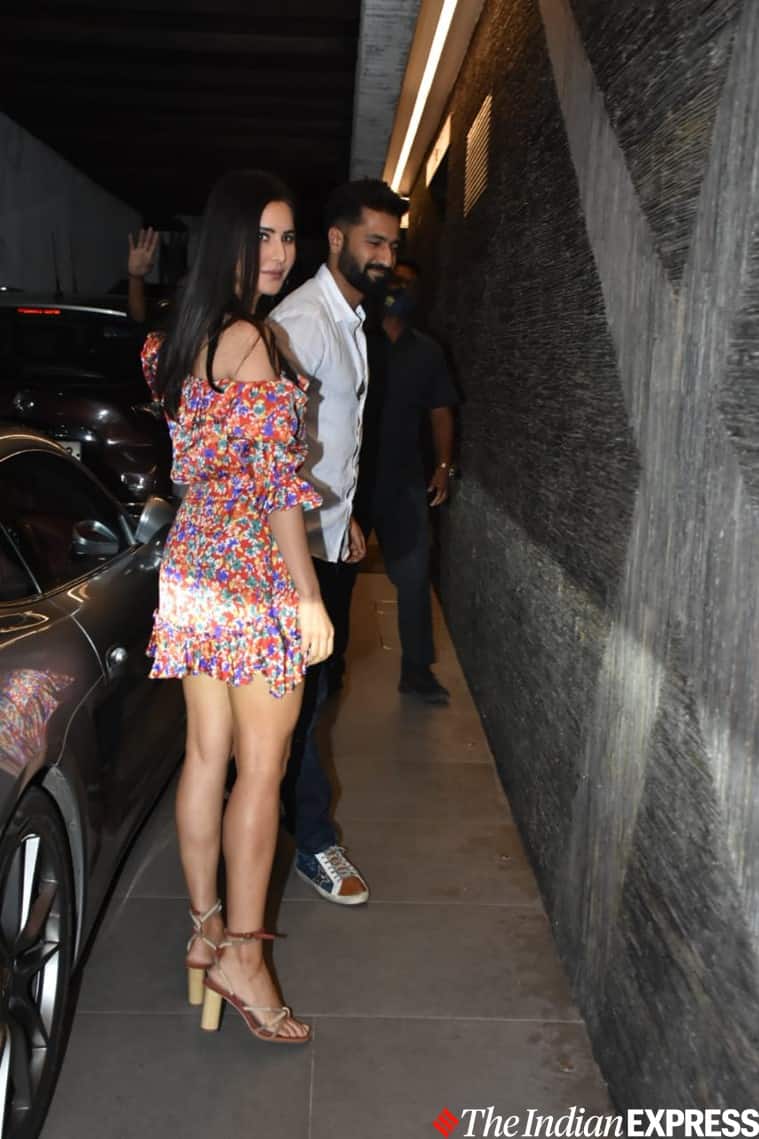 Other celebrities like Karan Johar, Dino Morea and Chunky Panday also made style statements for the occasion. KJo, as always, put up an A-class fashion game in his all-black look, with silver shoes. The filmmaker also sported black glasses. Dino wore a blue jacket over a white tee, navy pants and sneakers. Chunkey Panday looked cool in his olive shirt while Ritesh and Dolly were seen twinning in black T-shirts. 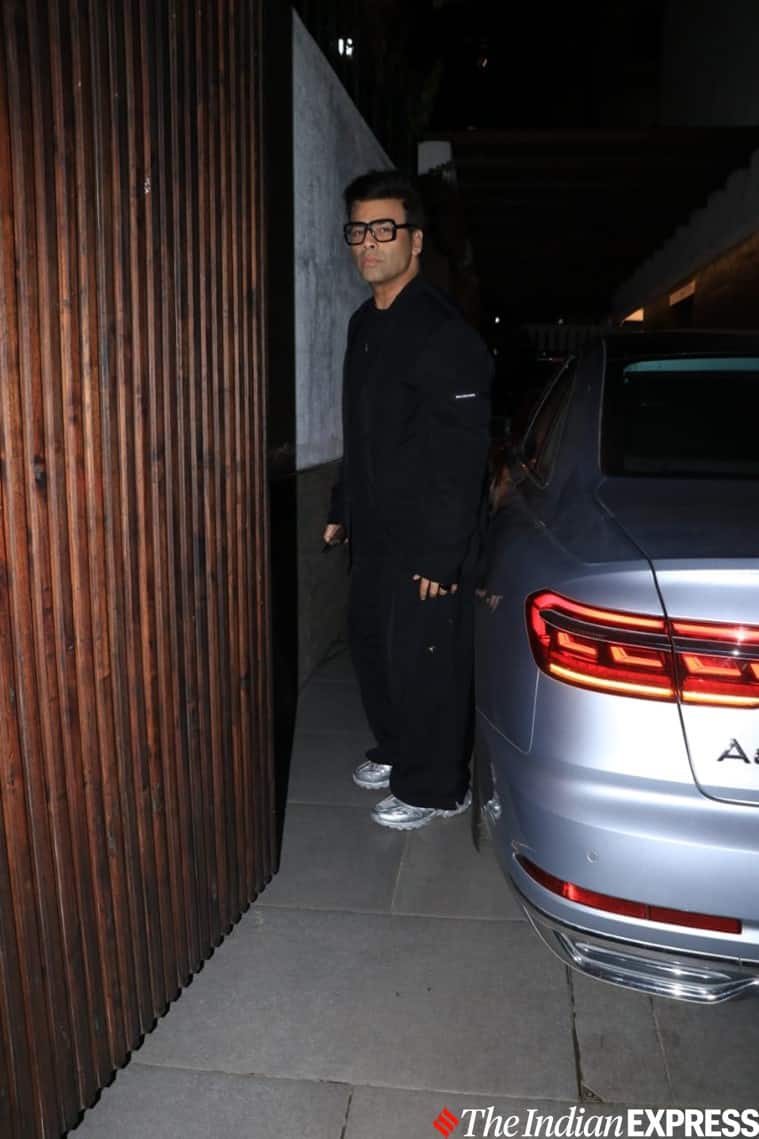 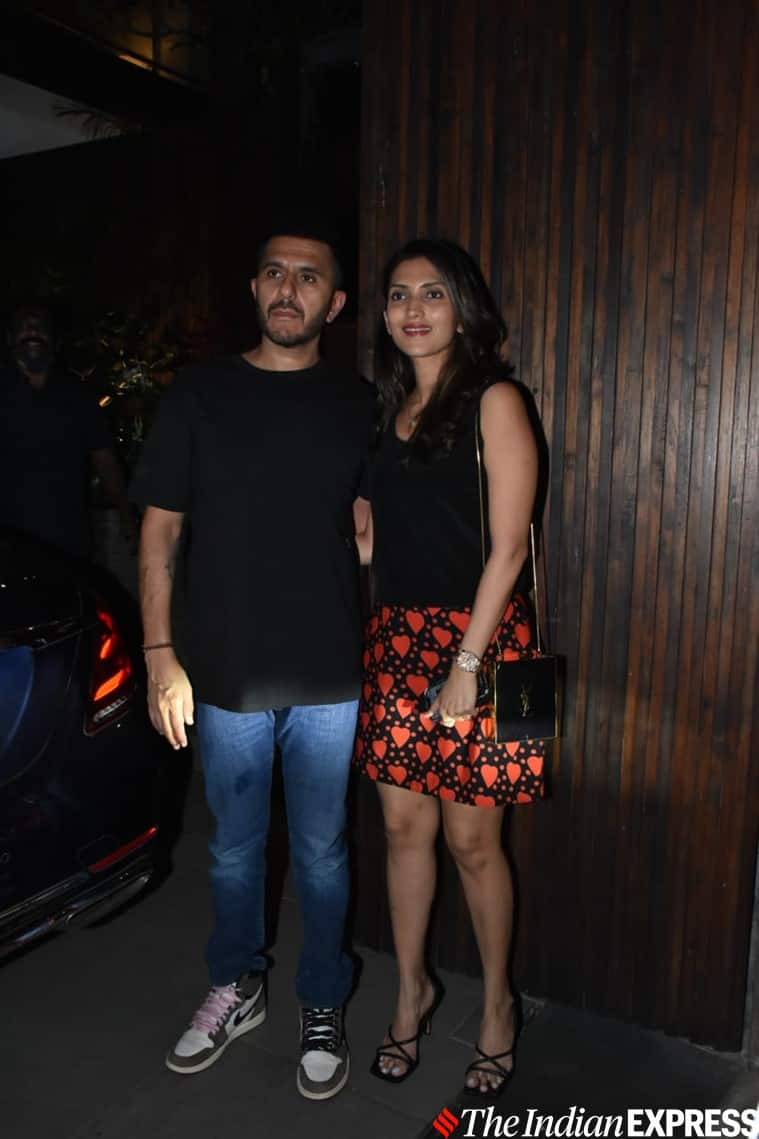 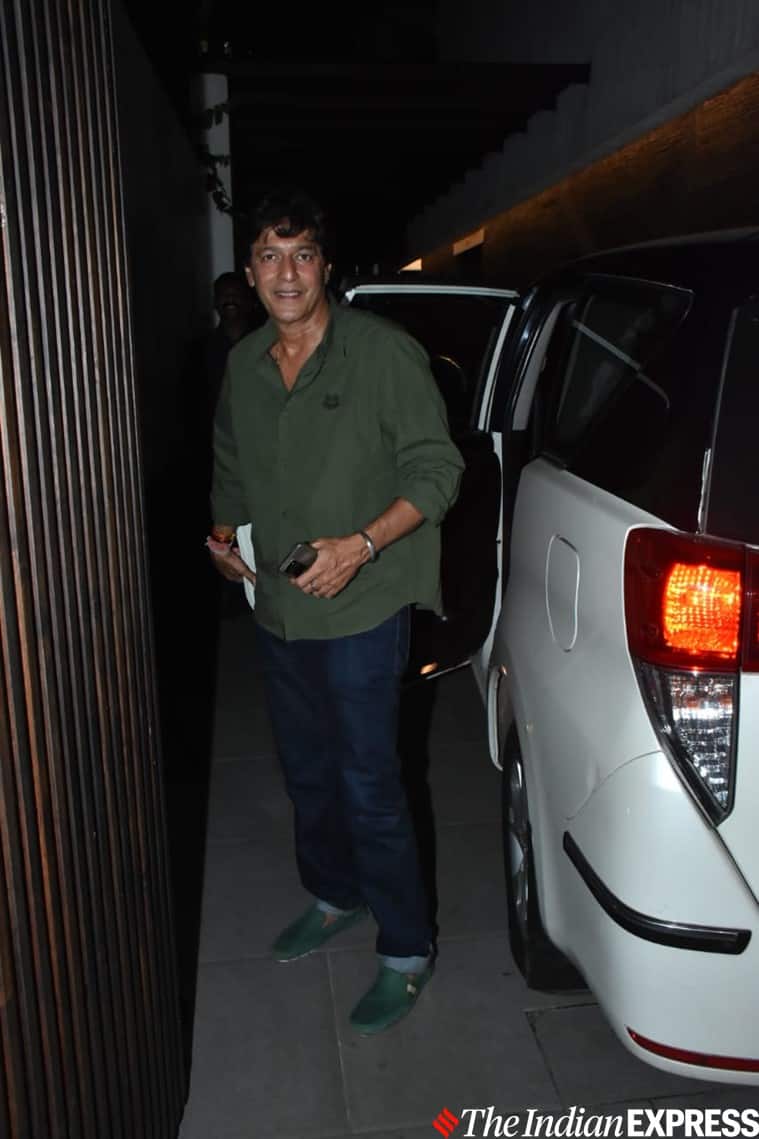 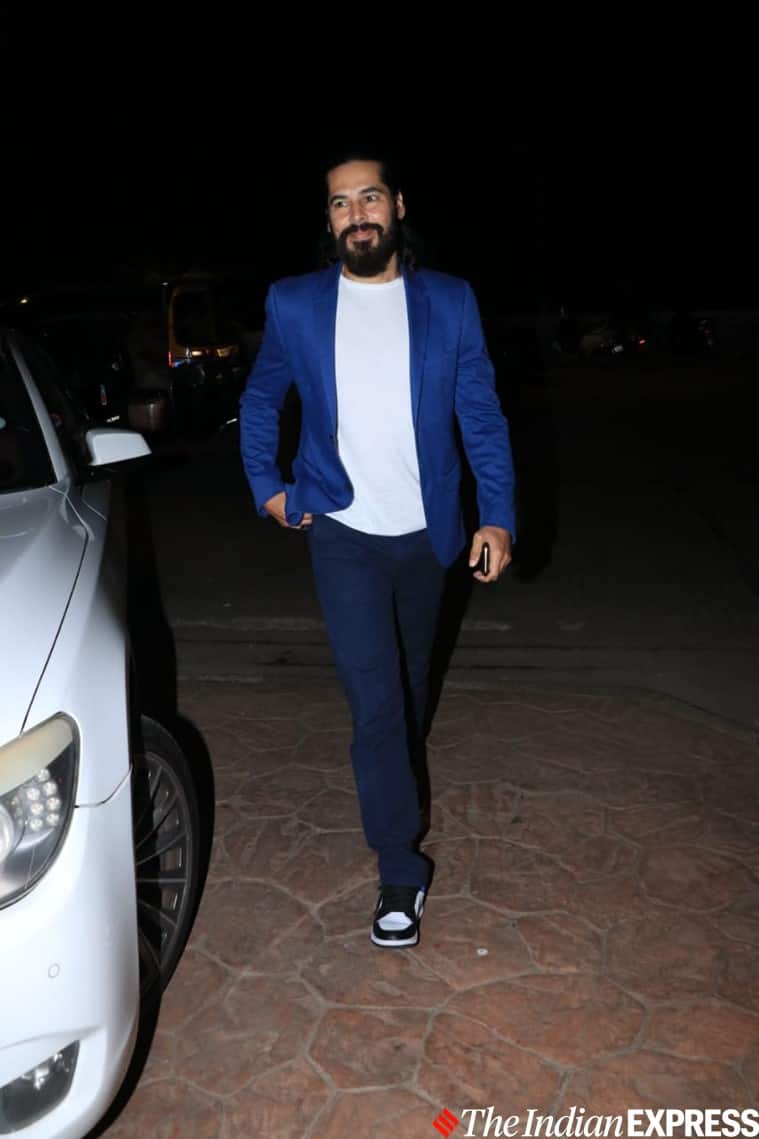 Vicky and Katrina got married last year in a grand yet intimate ceremony at Six Senses Fort Barwara in Rajasthan. Recently, the couple were spotted having a family dinner, with Katrina’s mom Suzanne Turquotte, Vicky’s parents Sham and Veena Kaushal, and his brother-actor Sunny Kaushal, joining in.

On the work front, Vicky Kaushal is currently shooting for Dharma’s next film. He also has director Laxman Utekar’s yet-to-be-titled film with Sara Ali Khan and Meghna Gulzar’s Sam Bahadur in his kitty. Katrina Kaif has Tiger 3 with Salman Khan, Phone Booth with Siddhant Chaturvedi, Merry Christmas with Vijay Sethupathi, among others. She will also play one of the lead roles in Farhan Akhtar’s next alongside Alia Bhatt and Priyanka Chopra.