The Kashmir Files, released earlier this year, is based on mass exodus of Kashmiri Pandits from the Valley in the 1990s. 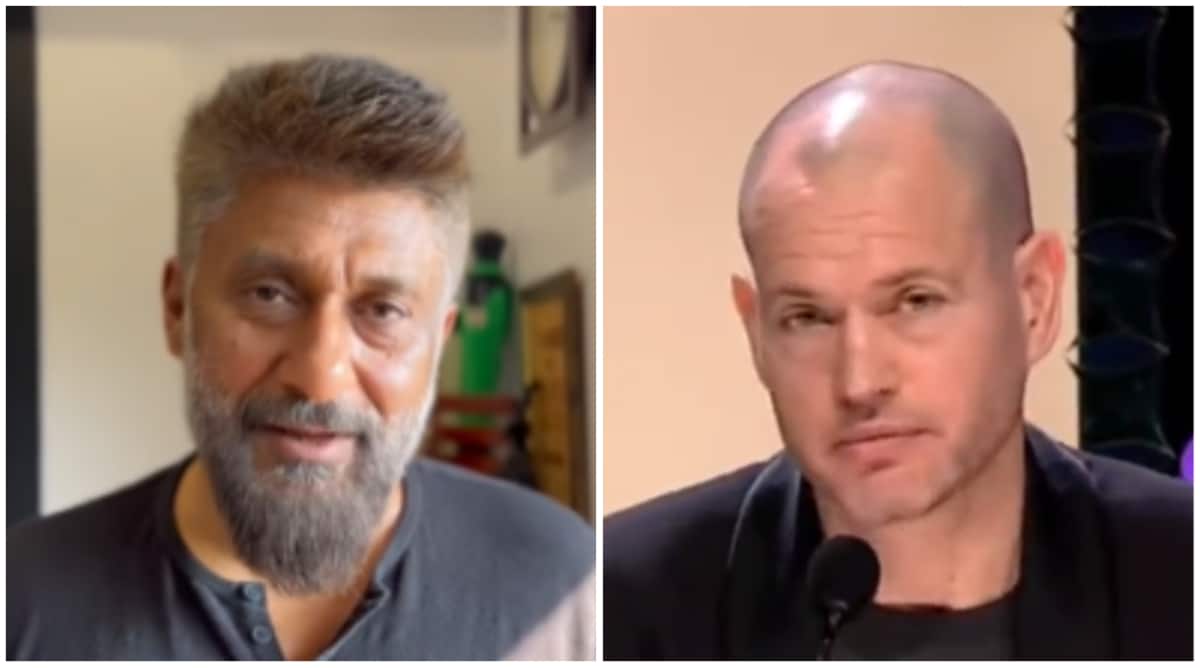 Vivek Agnihotri has reacted to Nadav Lapid's comments about his film The Kashmir Files.

A day after Israeli filmmaker and a jury chief at the International Film Festival of India (IFFI), Nadav Lapid, slammed the inclusion of Vivek Agnihotri’s film, The Kashmir Files, in the competitive section of the festival, calling it a “vulgar” work of “propaganda”, Agnihotri Tuesday put up a video on social media and stated that “what was surprising was that a terrorist’s narrative was given a platform at an event organised by the Indian government, and Indians living in India used this narrative against their own country”.

The Kashmir Files, released earlier this year, is based on mass exodus of Kashmiri Pandits from the Valley in the 1990s.

Agnihotri said the fact that his film was slammed “isn’t new for me, (as) Urban Naxals, members of the Tukde Tukde gang, and terrorists have been saying this for a long time”.

He stated, “…I conducted 700 interviews for this film. Are they saying people that I interviewed, people whose family members were murdered and gang-raped, are lying? A land that used to be occupied by Hindus is no longer occupied by Hindus. They are still being killed there. Is this propaganda? They keep calling The Kashmir Files a propaganda film. Are they saying that the genocide of Hindus didn’t happen? Today, I challenge all intellectuals of the world, all the Urban Naxals of the world — and even this great filmmaker from Israel — if they can prove even one scene, one dialogue in The Kashmir Files is fictional, I will stop making films.”

The only Indian member in the jury panel for the section, filmmaker Sudipto Sen, said Nadav’s statements “were done in his personal capacity”.

Other members of the jury included film producer Jinko Gotoh from the US, documentary filmmaker and film critic Javier Angulo Barturen and film editor Pascale Chavance from France. Vani Tripathi, a member of IFFI’s steering committee, said: “You can have creative differences but to comment so sharply as he (Lapid) has done is unusual. There can be creative differences of opinion but as a jury chief you have to keep…politics out.”

BJP leader Shivam Chhabra, who was part of the IFFI preview committee, told The Indian Express, “It is not the prerogative of jury members to question the selection of films; their mandate is to adjudge films selected by a competent panel, which has on board filmmakers, film critics and other eminent people from the society.”