Dulquer Salmaan: With Irrfan Khan in Karwaan, I will get a chance to be seen by more people

While some may be apprehensive about taking up a new venture in their career along with an actor like Irrfan, Dulquer Salmaan was more than happy to hop on the Karwaan bandwagon. 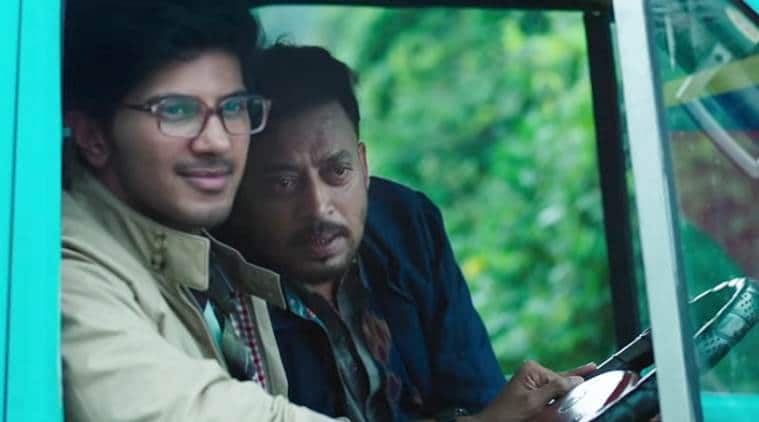 Dulquer Salmaan is happy to work with Irrfan Khan in Karwaan.

Actor Dulquer Salmaan, who is the son of Malayalam superstar Mammootty, makes his debut in the Hindi film industry this Friday with Karwaan. Along with him, the Akarsh Khurana directorial stars India’s global star Irrfan Khan and the popular face of the web Mithila Palkar. While some may be apprehensive about taking up a new venture in their career along with an actor like Irrfan, Dulquer was more than happy to hop on the Karwaan bandwagon.

In a conversation with indianexpress.com, while divulging details on how Karwaan happened, Dulquer explained why he never wanted to be the only actor in his first Hindi film. “Irrfan and Mithila were already on board when I was approached for the film. I quite instinctively liked the idea. I knew quite soon that I want to do it. I liked the fact that Irrfan sir was already a part of the film and I will be in a film that a lot of people will watch. I didn’t want to have a debut just by myself where I am the lead actor and the story revolves around me. I think the fact that Irrfan sir is in the movie will give me a chance to be seen,” he said.

Like many others, the Malayalam movie star is a ‘fanboy’ of Irrfan. “I was completely awestruck by him and am a huge fanboy. He is super spontaneous. I cannot imagine someone else playing the character of Shaukat in Karwaan. It’s not like anything that he has done before and the fact that he chose to play the character even when the story does not revolve around his character, is really inspiring for all of us. While choosing the character, one should look at the film as a hero and that is what I think he believes in,” Dulquer said.

Irrfan has been away from India for quite a while now and has been undergoing treatment for neuroendocrine tumour, a rare form of cancer in London.

Also read | Irrfan Khan: I have had the fourth cycle of chemotherapy

Karwaan director Akarsh Khurana, who made his directorial debut with Sumeet Vyas starrer High Jack, was also intimidated with the presence of Irrfan on the sets of his film but later found him a really ‘accessible person’. Talking about directing two ace actors, he said, “My job becomes a lot easier when we have actors like Irrfan and Dulquer on board. If you have locked down a good script in place, half your job is already done and then when you get someone like Dulquer and Irrfan, then you kind of hand it over to them completely. With Mithila, it was kind of a little bit more work as she also accepts that her character is not like her in real life. But, how do you really direct Irrfan and Dulquer. There’s just so much you can learn from them. You just have to create a framework within which they do what they do the best.”

He continued, “Dulquer and I became friends pretty quickly. For me, it’s very important that everyone gets along well and the atmosphere on the sets is congenial for everyone. But with Irrfan, the team was really intimidated when he came on the sets, including me. Its almost like you got to pinch yourself to believe that now the lines that you wrote have been taken up by this man and that too so well. Soon, we realised that Irrfan is a very accessible man and all of it was just built up in our head. It is so easy to communicate with him and he has brought so much to the table. For me, I could just sit back and witness a lot of magic happen and I was really fortunate to have these actors on the sets.”