Kareena Kapoor has always been open about her personal life. The actress recently recalled some special moments from her marriage with Saif Ali Khan. 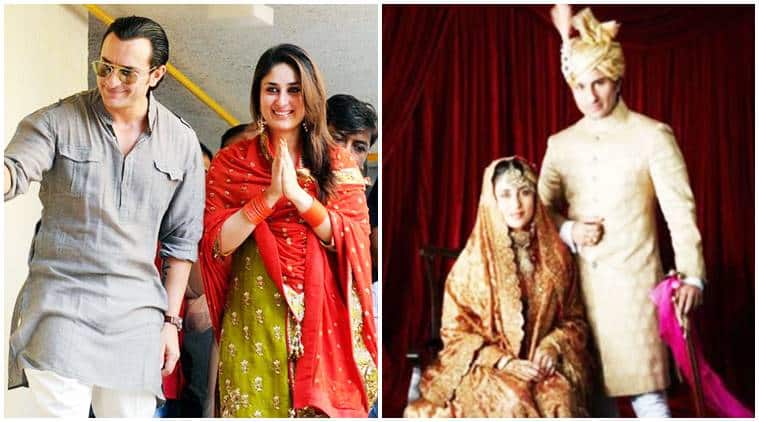 Kareena Kapoor has always been open about her personal life. The actress recently recalled some special moments from her marriage with Saif Ali Khan. In an interview with MissMalini.com, Kareena said, “Saif and my wedding was really really special because there were just 100 people and I think, it was more about us. It was about us rather than everything else. It was more intimate. The beauty of it was that I wore my great grandmother-in-law’s outfit, which I think is very very stunning, very very royal and very very intricate – so I think I was very lucky.”

For Kareena “the best compliment” till date by her actor-producer husband Saif Ali Khan has been for the remixed version of the classic song ‘Yeh Mera Dil’ from the 2006-released Shah Rukh Khan-starrer Don. Saif had apparently said he found his wife sexy in the song.

“The hairstyle for the song Yeh Mera Dil was very sexy. And my husband always tells me even though you’re overweight (in the song) you looked very sexy. That’s the best compliment for me,” Kareena said at an event organised by Adhuna Bhabani’s hair salon Bblunt. The Heroine actress also claimed that she is paranoid about cutting her hair and thinks hair plays an important part for an actress to portray a role.

“The entire softness of Rosy in Taalash came out because of her hairstyle. Hair plays an important part in building a character,” she said. The mom-to-be said her pregnancy does not affect her hectic work schedules or her career. “Well I will definitely go on with my normal life. I am a working woman and there is absolutely nothing wrong in that. I love my job and am passionate about my work. I have wanted to became an actress ever since I was in my mother’s womb. So I will continue acting all my life until I am 80.”