Filmmaker Karan Johar uploaded a new video of his children on his social media, which received a lot of love from followers. 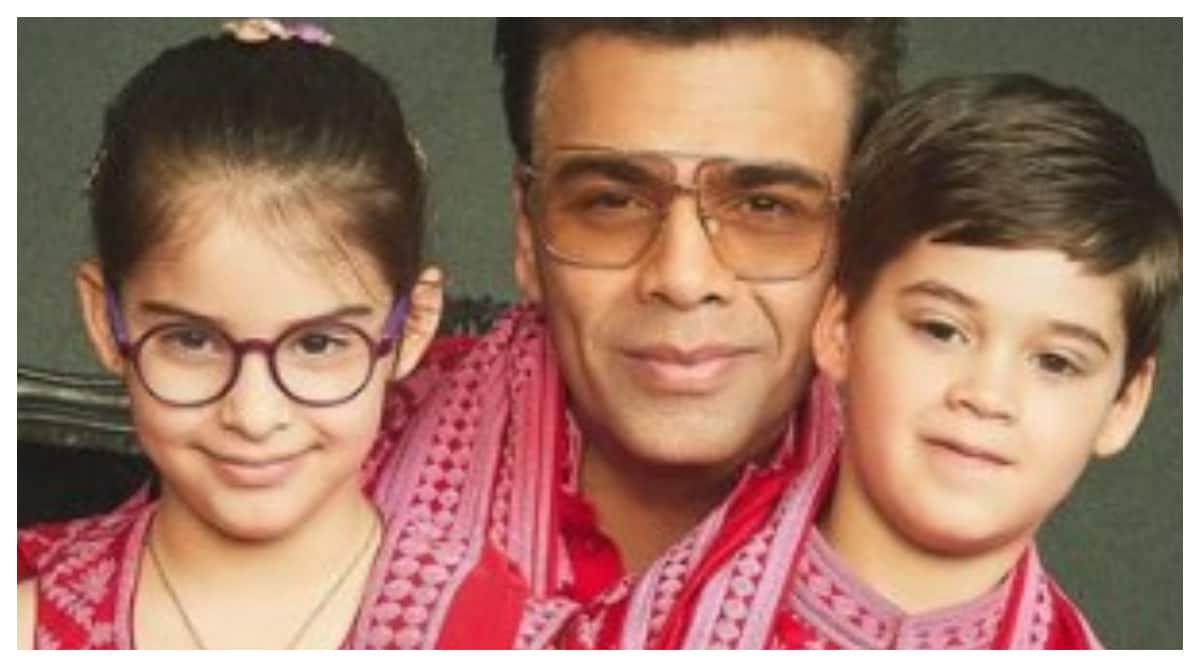 Filmmaker Karan Johar makes it a point to never miss out on the fun moments with his children – daughter Roohi and son Yash. In a recent social media post, he has uploaded a video where the five-year-olds are in a goofy mood. As the doting father checks in on his children, they have a hilarious response to his question.

Karan often posts videos of Yash and Roohi and shares adorable moments with them. In this video, he asks Roohi, how is she, to which she replies, “I am exhausted!”. An amused Karan says, “You are tired? Poor you”. The filmmaker then pans the camera towards Yash, who is relaxed on a the couch with big sunglasses on. Before Karan say anything, Yash says, “Badshah!”, and Karan bursts into laughter and says, “You are Badshah?”

Also Read |Karan Johar recalls being called ‘pansy’: ‘It used to really haunt me, I had to look more manly to fit in’

Yash has clearly taken a liking to rapper Badshah’s style of wearing big sunglasses. Karan was quick to caption the video as, “We have a rapper in the house!!! @badboyshah.”

Fabulous Lives of Bollywood Wives’ actor Maheep Kapoor was quick to drop heart emoticons on this video. Actor Soha Ali Khan also dropped heart emojis. Karan’s videos of his children always receives a lot of love from colleagues from the industry and his fans.

On the recent video, a fan commented, “Keep posting their videos pllllllsss”, while another one wrote, “they r so cute”. Several other fans commented on how adorable Karan’s children are.

Karan’s last post of his son Yash too had received unparalleled love from everyone. The hilarious video showed Yash calling his father ‘boring’. In the video when Karan asks Yash what he is doing, his son innocently replies with “I am boring,” to which Karan tries to correct him and say, “You mean to say that you are bored.” but the five-year-old tells his father instead, “No. You are boring me.” Karan signs off from the video in with his signature ‘Thanks’.

On the work front, Karan is coming back to direction with Rocky Aur Rani Ki Prem Kahani, starring Alia Bhatt, Ranveer Singh, Dharmendra, Shabana Azmi and Jaya Bachchan. The film is set to release on April 28, 2023. The film marks return of Karan to direction after seven years. Post that, Karan has also announced producing an action film franchise for the first time.

He had announced through a social media post about Dharma Productions, otherwise known for bankrolling family entertainers, producing an action film. In the caption, Karan had written, “Dharma Productions is all set to announce their first-ever action franchise film! Stay tuned, big announcement coming up tomorrow!”

Tamil Nadu, Puducherry likely to receive heavy showers in the next 3 days