Kajol tries to persuade Salaam Venky director Revathi to pose with her, she responds ‘don’t come near me’

A video featuring Salaam Venky director Revathi and Kajol is going viral, where the actor tries to persuade her into taking photos with them. "At least you can stand with us," Kajol says. 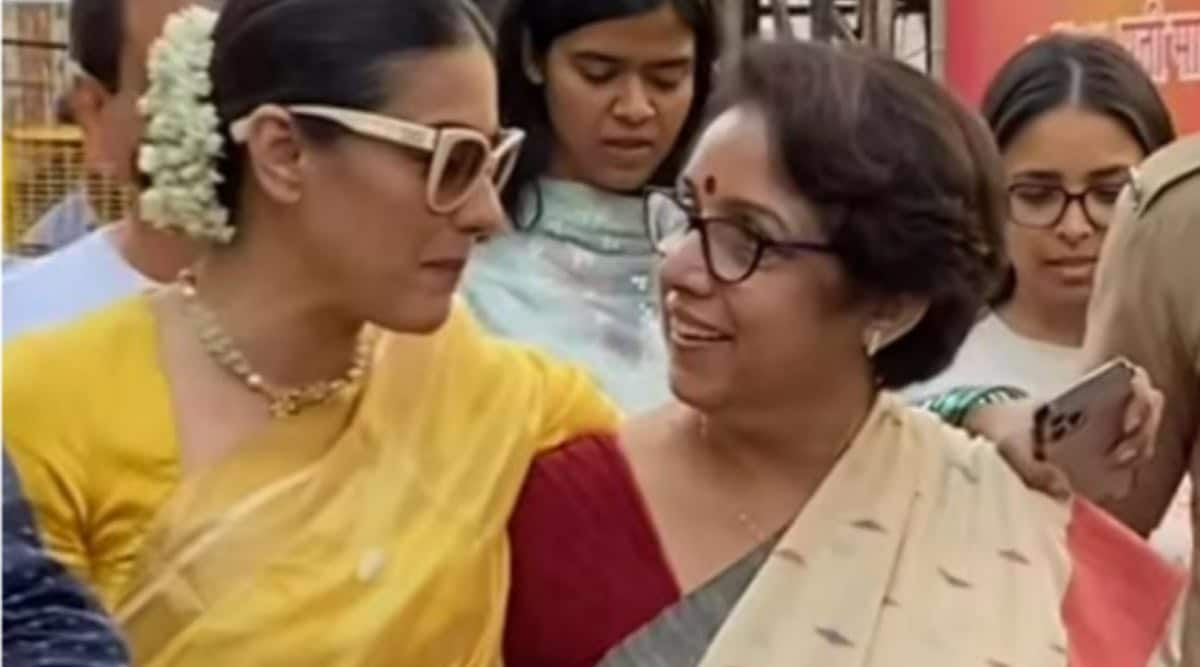 Actor Kajol and Salaam Venky director Revathi shared a fun banter as they posed for paps. In a video going viral, Kajol tries to get Revathi to stand with her and Vishal Jethwa for photos. However, Revathi didn’t wish to keep posing for paps and walked away while laughing, despite Kajol’s requests.

In the video Kajol says, “At least you can stand with us, m’aam. I am wearing bangles also for Salaam Venky.” Revathi moved away and in the middle of a rather inaudible conversation Kajol tried going to her and Revathi said with a smile, “Don’t come near me!”

Also Read |Kajol says she’s evolving as an actor as opposed to heroes: ‘Fate of the entire industry rests on their super broad shoulders’

Directed by Revathi, Salaam Venky is inspired by the true story of the young chess player Kolavennu Venkatesh, who had Duchenne Muscular Dystrophy (DMD). He died in 2004. In an interview to PTI, Kajol had opened up about playing the role of his mother in the film and how it took ‘everything out of her’.  “It’s not the kind of film that you can ever do without feeling. I wasn’t sure whether I wanted to do the film because it’s a subject that is everyone’s nightmare. It was difficult for me to say yes to it. The great thing about Revathi is she made it easy as we were in the same situation day in and day out and it takes that fear away, besides Salaam Venky is written so beautifully. It is a celebration of life and the film teaches you that life should be a celebration,” she had said. Venkatesh’s death had sparked a debate about euthanasia, commonly known as mercy killing, in India.

Salaam Venky is produced by Suuraj Sinngh, Shraddha Agrawal, and Varsha Kukreja under the banner of BLIVE Productions and RTAKE Studios.