Kaagaz is streaming on ZEE5.

Satish Kaushik directorial Kaagaz, starring Pankaj Tripathi, Monal Gajjar, Mita Vashisht and Amar Upadhyay, is streaming on ZEE5. The film, described as a true success story of a dead man, revolves around Tripathi’s character Bharat Lal who has been declared dead in official government records. He fights a long battle to reclaim his identity and to prove he is alive.

Apart from directing the movie, Satish Kaushik has also acted in it. He essays the role of Tripathi’s lawyer Sadhu Ram Kevat. Talking about sharing the screen with one of the most sought after actors of the country, Kaushik shared, “When I was enacting scenes with him (Pankaj Tripathi) in the movie, I tried to be as good as him. I think Kaagaz will be one of Pankaj’s best films.”

Read all the updates about Kaagaz.

“Bollywood, in my personal opinion, is a very democratic space… I could never have believed that an actor who looks like me could have played the protagonist in a Hindi film, like I do in Kaagaz, my upcoming film. This was not possible 10-15 years ago. On a film set everyone, from the hero to the lightman and makeup artist, they are all equal,” said actor Pankaj Tripathi.

His comment, coming at the end of a year that saw the Hindi film industry embroiled in a debate about nepotism, was made at the Express eAdda recently, where the actor was in conversation with national features editor Devyani Onial and the Indian Express film critic Shubhra Gupta. READ MORE

A part of my soul goes into the making of a subtle performance: Pankaj Tripathi

Kaagaz will be one of Pankaj Tripathi’s best movies: Satish Kaushik

Satish Kaushik, who makes his directorial comeback after six years with the ZEE5 movie Kaagaz, bought the rights to Lal Bihari’s story in 2003. “Its script underwent changes over the years. Sometimes it looked like a documentary. I went to so many actors with the film. So it was like a struggle for me. Like Lal Bihari’s struggle went on for 18 years, even my 18 years went into making the film,” he said during the virtual trailer launch of the film.

When indianexpress.com asked Satish Kaushik about the nuances that Pankaj Tripathi brought to his character, the director said, “When you have an actor like Pankaj Tripathi, knowingly or unknowingly, his experience gets reflected in his characters. Pankaj gave me suggestions during scenes. He improvised his body language too.” READ MORE

Indian Express film critic Shubhra Gupta gave this Pankaj Tripathi-starrer one and a half stars. She wrote in her review, "The plot is littered with clichés, and comes off distressingly dated: the evil aunt rolls her eyes, the bad guys swirl their ‘moochch’, the item girl swings her waist, the sarkari cogs-in-the-wheel smirk, and so on." READ THE FULL KAAGAZ REVIEW HERE

Fans in love with Salman's voiceover

Anil Kapoor took to Twitter to post, "My friend, the multi talented @satishkaushik2 waited for 17 years to tell this compelling biopic... #Kaagaz drops tonight at 12am on @ZEE5Premium...please watch it!!"

Rishab Shetty confirms Kantara 2 will be a prequel: ‘What you have ...
Sidharth Malhotra-Kiara Advani’s sangeet begins, venue lights up wi...
Hansal Mehta says his well-wishers thought Faraaz was ‘slow’:...
Varisu box office collection: Vijay’s Pongal release enters Rs 300 ...
Raveena Tandon on being body-shamed in Bollywood: ‘I was called thunder t...
More from Entertainment >>
'A well told story of a common man in an extraordinary situation'

Ashoke Pandit took to Twitter to post, "Saw @satishkaushik2’s directorial #Kaagaz. It makes u realize the magic of sheer simplicity. A well told story of a common man in an extraordinary situation. @TripathiiPankaj’s performance as #Mritak is outstanding. #MonalGajjar is definitely a find. @ZEE5India @BeingSalmanKhan."

@Itsss_Shivam shared on Twitter, "U all go watch #Kaagaz on Zee5 app..A Must watch..Produced by @BeingSalmanKhan..nd it is 1st main lead Movie of this great actor @TripathiiPankaj, real nd most talented Outsider..So next time u all gonna bitch against Salman on nepotism or anythng like that,keep this in mind !!!"

'Thanks Salman Khan for producing this gem'

@Ritesh34557696 took to Twitter to post, "#Kaagaz is very well made movie good direction and Pankaj tripathi brilliant performance must watch thanks @BeingSalmanKhan for producing this gem."

@HimeshMankad shared via Twitter, "#Kaagaz is a well intentioned film, having its heart at the right place. While the situational humour could have been more, the last 25 mins are superlative in dramatic front, with @TripathiiPankaj delivering an endearing performance. Likh Ke Dete Hai, its Worth-A-Dekho!"

'It keeps u hooked till the end'

For Pankaj Tripathi, Kaagaz will fulfil one particular desire of his fans. “Many people thought I deserved to play the lead role in a film. That desire will get fulfilled with Kaagaz,” Tripathi said in an exclusive chat with indianexpress.com.

Tripathi also shared reasons as to why he related with Lal Bihari’s struggle. “I too had a journey of 17-18 years in Mumbai before I could prove myself as an actor. So his and my fight for identity is similar.” READ MORE

Joginder Tuteja tweeted, "#Exclusive #Kaagaz is an engaging black comedy by @satishkaushik2 which brings excitement while telling the tale of a man who executed indigenous ways to fight it against the system and govt to reclaim his identity. @TripathiiPankaj is expectedly good in a simpleton mode . 3 and a 1/2 star."

Kaagaz is special for director-actor Satish Kaushik since he is making his directorial comeback with it after six years.

During the trailer launch event, Kaushik shared how it took him 18 years to make Kaagaz. He stated, "Its script underwent changes over the years. Sometimes it looked like a documentary. I went to so many actors with the film. So it was like a struggle for me. Like Lal Bihari’s struggle went on for 18 years, even my 18 years went into making the film."

When indianexpress.com asked Satish Kaushik about the nuances that Pankaj Tripathi brought to his character, the director said, “When you have an actor like Pankaj Tripathi, knowingly or unknowingly, his experience gets reflected in his characters. Pankaj gave me suggestions during scenes. He improvised his body language too.” 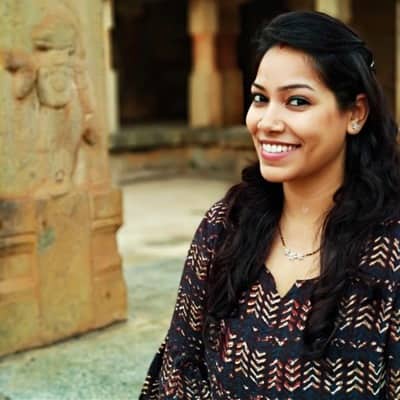