This week's First of Many features Jugal Hansraj. In the 88th edition of our series, the actor talks about his first Bollywood project, Shekhar Kapur's Masoom (1983). Jugal Hansraj made his acting debut with Masoom. (Photo: Instagram/thejugalhansraj)

Jugal Hansraj started acting when he was just 2. While doing print ads and commercials gave him the confidence, it was only when he turned nine that he did his first acting project. “I was quite naughty and a bratty kid. Not at all ‘masoom’,” Jugal shared as he looked back at his debut acting project, Shekhar Kapur’s iconic film Masoom.

Masoom released in 1983 and starred veterans Naseeruddin Shah and Shabana Azmi, along with Jugal Hansraj, Urmila Matondkar and Aradhana Srivastav as child actors. It revolved around a man whose happy family life goes for a toss when he discovers he has an illegitimate child from a past affair.

Jugal, who later went on to do films like Aa Gale Lag Jaa, Papa Kehte Hai, Mohabbatein, Salaam Namaste and Aaja Nachle, turned writer with Roadside Romeo and director with Pyaar Impossible. He was last seen in Kahaani 2. Now a published author, Jugal’s first novel for children was titled ‘Cross Connection: The Big Circus Adventure’ while his second book is in the pipeline.

A man of many talents, Jugal, however, still holds memories of Masoom close to his heart. Here’s how Jugal revisited his first big acting debut:

How did you land the role of little Rahul in Masoom?

I used to do print ads since the age of two with late photographer Gautam Rajadhyaksha. By the time I was five, I started doing TVCs for Kailash Nath, Jyoti Thakur, Prahlad Kakkar, Ravi Chopra, Shyam Benegal on my weekends. It wasn’t a monetary thing. My parents let me do it because I enjoyed it. Though ads continued till I was 13-14, but acting started when I was nine. Shekhar Kapur and producer Devi Dutt saw a Nutramul commercial featuring Dara Singh and me. He decided to have me as the kid in Masoom. He called my father. There weren’t any auditions as they had already seen me in ads. And those were the times when ad films were good 2-3 min long and used to be shown in theatres before a movie. So they saw my screen presence. I had to miss about 10-15 days of school. It spilled over my vacation, but my father had taken permission from the principal. 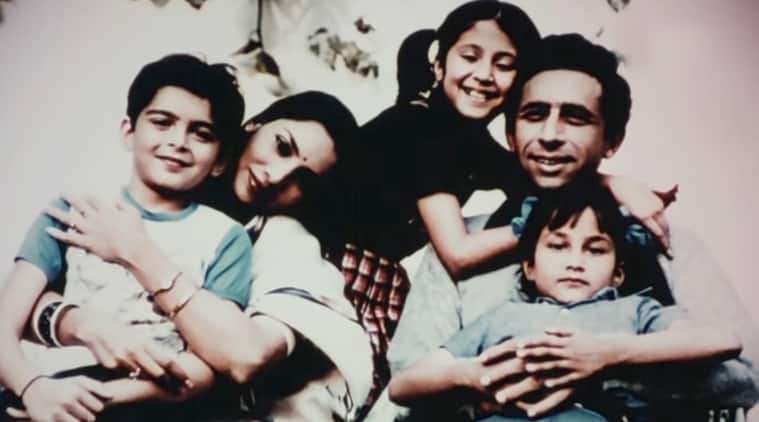 The whole film was shot in 50-55 days, and because it was in one go. My first day on set was the Dussehra day in 1981. It was the scene at Naseeruddin Shah’s office where I get the letter and I find out that he’s my father. I think they wanted me to have moist eyes when I open the letter. I tried glycerin but it really burns, so I refused to use it. Before my first shot, the shooting was held up because they didn’t know what to do with me now. Film was already on floors and I was onboard. I told them I’ll cry, but refused to put glycerin. Shekhar Kapur stepped in and told his crew to let me be and not force it because I was a kid. He calmed everyone down and decided to put the camera on and see what I do. I designed some way, maybe not blinking my eyes or pinching my nose or something (laughs). I remember my eyes eventually got moist. The shot went okay and everyone was happy.

I wasn’t nervous. For me facing the camera wasn’t a big deal by then. After the shot, I was standing with my father and I remember the visual of Naseeruddin Shah walking up to us, ruffling my hair and saying “take care of this kid, he’s a very good actor.” Though later I troubled him and everyone a lot during the making of Masoom. But first day he was impressed as that time, he hadn’t seen my naughty side. 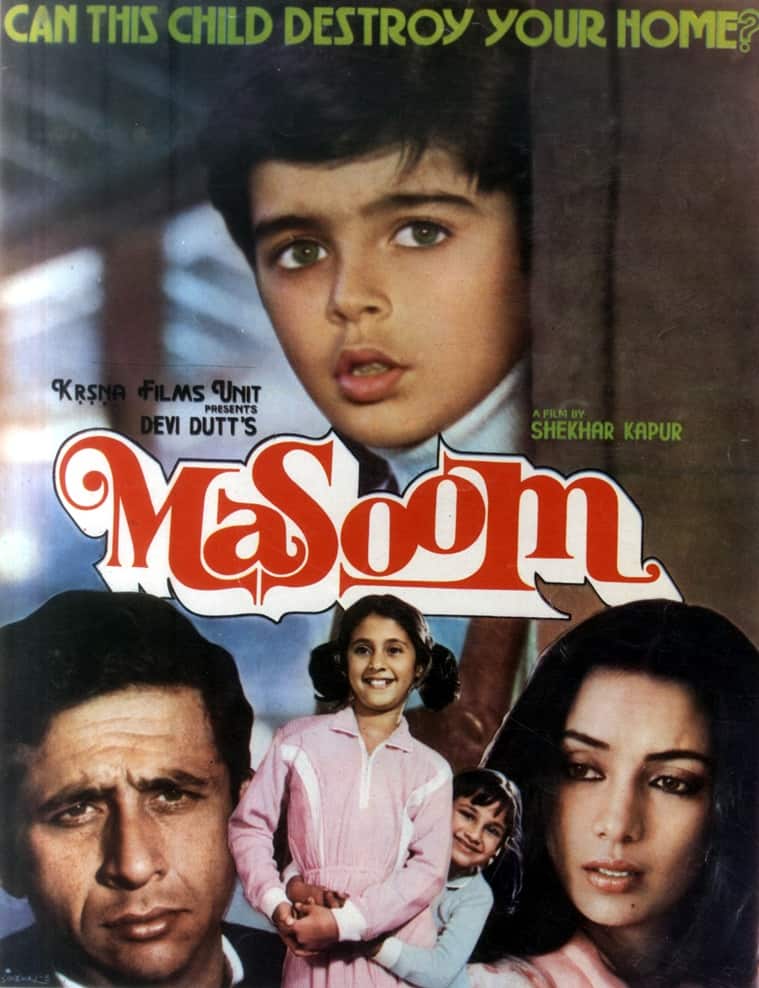 The poster of Masoom, which was directed by Shekhar Kapur. (Photo: Express Archives)

How was the rapport with your co-stars when you got to meet or work with them again later?

I don’t meet Shekhar Kapur that often. He’s a busy director and he migrated from India to London. Yet, there’s a very warm bond between us which cannot be explained. He feels like a family member. Last year during lockdown, I was here (USA) and he was stuck at his house in Nainital. One day, to my surprise, he called me. He said he was walking around and stopped by a lake side and realised that was the same lake where a small portion of “Tujhse Naraz Nahin Zindagi” was shot with Naseeruddin Shah and me. Then we went down the memory lane. It was lovely.

Naseer sir is a very reserved person. There’s nothing like hugging and all with him. To me, he’s a little intimidating too. So things have been formal in the few times I’ve interacted with him after Masoom. Shabana Azmi is very warm. I used to live on the same road as Gulzar sir in Pali Hill, so we bumped into each other. He’s a very nice man. With Urmila, I did a film Aa Gale Lag Jaa and the media had a good time that “pehle ‘Lakdi Ki Kaathi’ gaa rahe they, now they are looking into each other’s eyes” (laughs). But it’s all acting. Though we used to fight a lot during Masoom.

If given a chance to go back to your debut role, would you like to change anything?

I don’t think so. Shekhar Kapur extracted the best he could from all of us. We were too young and just following him. He was creating an atmosphere for us to give this kind of performances. Full credit to him for giving us that comfort, love, care and patience. It’s not a joke handling three kids. And he did it in his next film (Mr India) with some 10-12 children (laughs). I made one film (Pyaar Impossible) with a six-year old adorable girl but it was quite a challenge.

Any actor you loved or had a lasting impression on you before you?

Rishi Kapoor was my absolute favourite, from the beginning till the end. Of course, there was Dilip Kumar, the greatest of all time, from any language, any cinema. He is a great actor. Then there’s Amitabh Bachchan definitely, India’s favourite.

Vidya Balan on feminism of Sherni: It breaks the ‘strong woman’ stereotype