Sharing Chakda Xpress' teaser, Jhulan Goswami penned a note in which she mentioned the hardships that women cricketers of the country had to face before getting recognition for their talent. 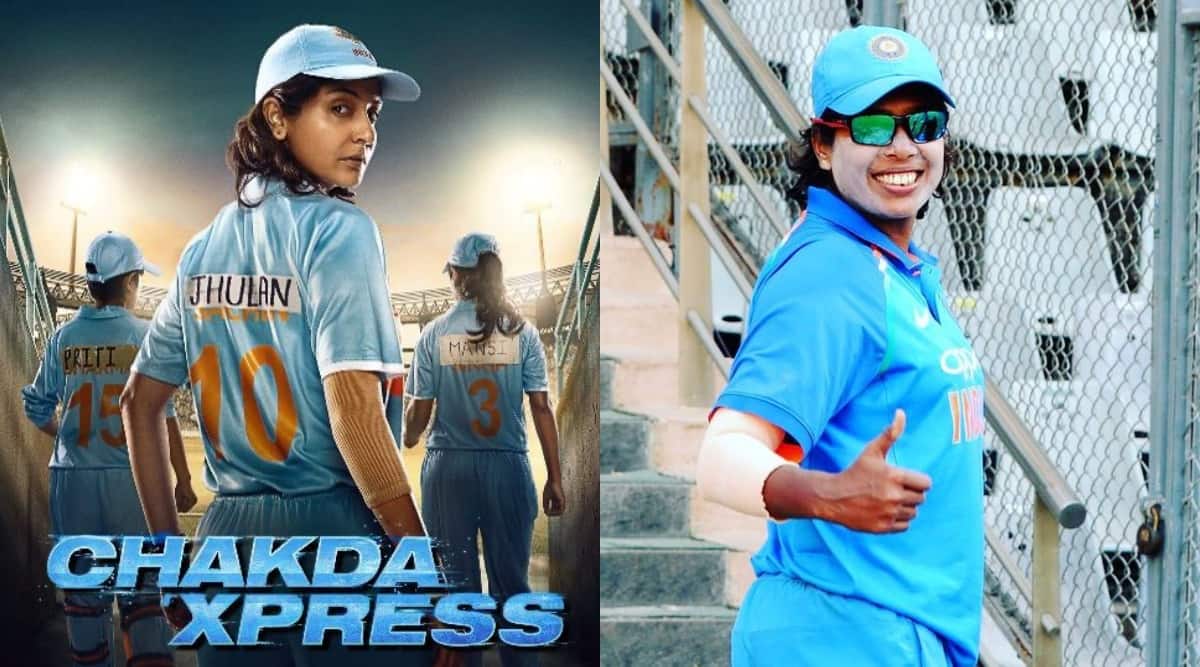 The former skipper of the Indian women’s cricket team, Jhulan Goswami, is excited to present her story through Anushka Sharma-starrer Chakda Xpress, which was announced on Thursday. She shared the teaser of the film on Instagram, and wrote, “Now is the time to watch the women shine.” Anushka re-shared Jhulan’s post and said that it has been an honour for her to play the cricketer on screen.

Sharing the Chakda Xpress teaser, Jhulan penned a note in which she mentioned the hardships that women cricketers had to face before getting recognition for their talent. She wrote, “When you represent India, that’s all that is on your mind. Tum desh ke liye khel rahe ho, apne liye nahi (You play for the country, not for yourself). 11 women playing to place Team India’s name in history. It doesn’t matter if they said ladkiyan cricket nahi khel sakti (women can’t play cricket). It doesn’t matter if sometimes a man’s accomplishments are placed above your own. It doesn’t matter if the stadiums are empty.”

Anushka posted Jhulan’s note on her Instagram story and said she is inspired by her. “It is an absolute honour to play you in this film that’s inspired by your gutsy life. Every Indian must see and know what you and the girls in blue did and continue to do for the country. Thank you!”

Also read |5 revelations by Diljit Dosanjh about Bollywood, being a Sikh actor: ‘I have only one weakness…’ 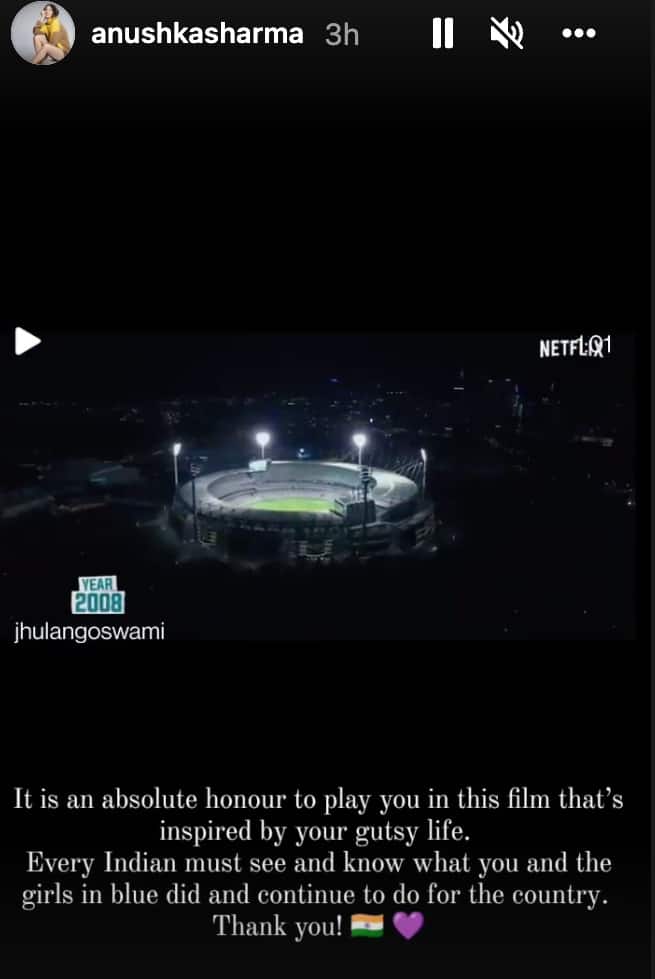 Anushka Sharma said it’s an honour for her to play Jhulan Goswami onscreen.

Jhulan, in her post, also wrote how one needs ‘unblinking focus’ to achieve success. She added, “It’s this level of unblinking focus that lends itself to success. That, and remembering that you’re here not in spite of everything that went wrong, but because of everything that went right. It’s about knowing one’s place in the world and having one’s feet firmly on the ground. You deserve to be here. And this is only the beginning.”

Anushka Sharma had earlier called Chakda Xpress ‘a story of tremendous sacrifice.’ She also said that it celebrates the spirit of Jhulan. Talking about the film, she said in a statement, “At a time when Jhulan decided to become a cricketer and make her country proud on the global stage, it was very tough for women to even think of playing the sport. This film is a dramatic retelling of several instances that shaped her life and also women’s cricket.”

Who is Jhulan Goswami?

Jhulan Goswami made her debut in international cricket in 2002 as a fast bowler. She led the women’s cricket team to several victories and won the ICC Women’s Cricketer of the Year award in 2007. She captained the team from 2008 to 2011. Goswami was conferred with the Arjuna Award in 2010 and the Padma Shri Award two years later in 2012. She was also a part of the Indian team that played the final of the 2017 Women’s Cricket World Cup against England. The pacer from Bengal had retired from the T20I format in 2018.