Javed Akhtar completes 50 years in Bollywood, says survived as he was open to adapt

Lyricist and screenwriter Javed Akhtar just completed 50 years in the film industry and he attributes his success to his ability to adapt. 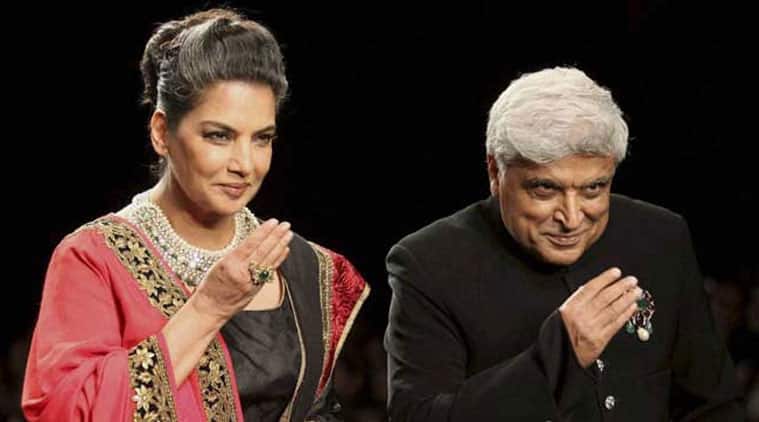 Noted lyricist and screenwriter Javed Akhtar just completed 50 years in the film industry and he attributes his success and longevity to his ability to adapt to the generational changes.

Noted lyricist and screenwriter Javed Akhtar just completed 50 years in the film industry and he attributes his success and longevity to his ability to adapt to the generational changes.

Javed Akhtar, 69, began his cinematic journey in 1964 when he stepped foot in Mumbai from Gwalior to pursue his creative dreams. Since then there has been no looking back as he went on to achieve success and popularity, first as a screenplay writer and then as one of the most successful songwriters Bollywood has ever produced.

“I must thank all those people who were around me and supported me at one stage or another. But in the course of my journey I have realised that it is important to have respect for the younger generation and honestly accept that people half your age know things which you don’t. If you try and listen to them and understand what she or he is saying then there will be no generation gap,” said Javed Akhtar.

The lyricist, who has successfully collaborated with veterans like RD Burman, Shiv-Hari to much younger composers like AR Rahman, Shankar-Ehsaan-Loy among others, said he has always been open to learning throughout his career.

“I have always welcomed the exchange of knowledge between young and old. But I never adopted it as a policy that I have to have an open mind. I genuinely worked towards bridging the generation gap. I think I survived so long as I never tried to impose my age on young people,” he said.

Javed Akhtar has also worked with his children — actor-director Farhan and filmmaker Zoya — in many of their films and he said he has never faced any problem collaborating with them.

“When I am working I am not their father. They don’t feel awkward or pressurised. They freely express their views and that is how I like to work,” he said.

Javed Akhtar began his career as a scriptwriter. He along with his writing partner Salim Khan, credited as Salim-Javed, gave several superhit film in the ’70s and early ’80s including ‘Zanjeer’, ‘Deewar’ and ‘Sholay’.

He eventually shifted to writing lyrics for films and achieved several accolades. When asked which phase did he enjoy most in his career, Akhtar said, “From 1970-78, we had an unbelievable run… there is no doubt about it. But I equally enjoyed writing lyrics.

“Those were the times perhaps the film music was going through a different patch. ‘Silsila’, ‘1941- A Love Story’… film music took a different direction. That was also a very satisfying and enjoyable period.”

Being there in the film industry for the past 50 years, Akhtar has been witness to the evolution of Bollywood in terms of films and music. The lyricist said when he started out showbiz was more of a feudal set up and it is only now that it has become a full-fledged industry.

“That’s a fact… now everything is more disciplined. In the ’70s and ’80s, barring a few people like Raj Kapoor, Bimal Roy, Guru Dutt, the quality of work was very bad, so patchy. Once in a while you had someone like Vijay Anand or Ramesh Sippy. The average was not good,” he said.

Akhtar said things are far better placed now in Bollywood, with the advent of the new-age filmmakers, who are actually good storytellers.

“There are filmmakers who are bringing in the change. Gradually, the number of films that are rich in content are increasing. But a lot is left to be desired,” he said.