Janhvi Kapoor on living with nepotism tag: At school, I was told teachers praised me as my parents are famous

Janhvi Kapoor speaks about how she has lived with the nepotism tag all her life. As her film Roohi releases, she talks about her parents -- Boney Kapoor and Sridevi -- and her cinematic journey. 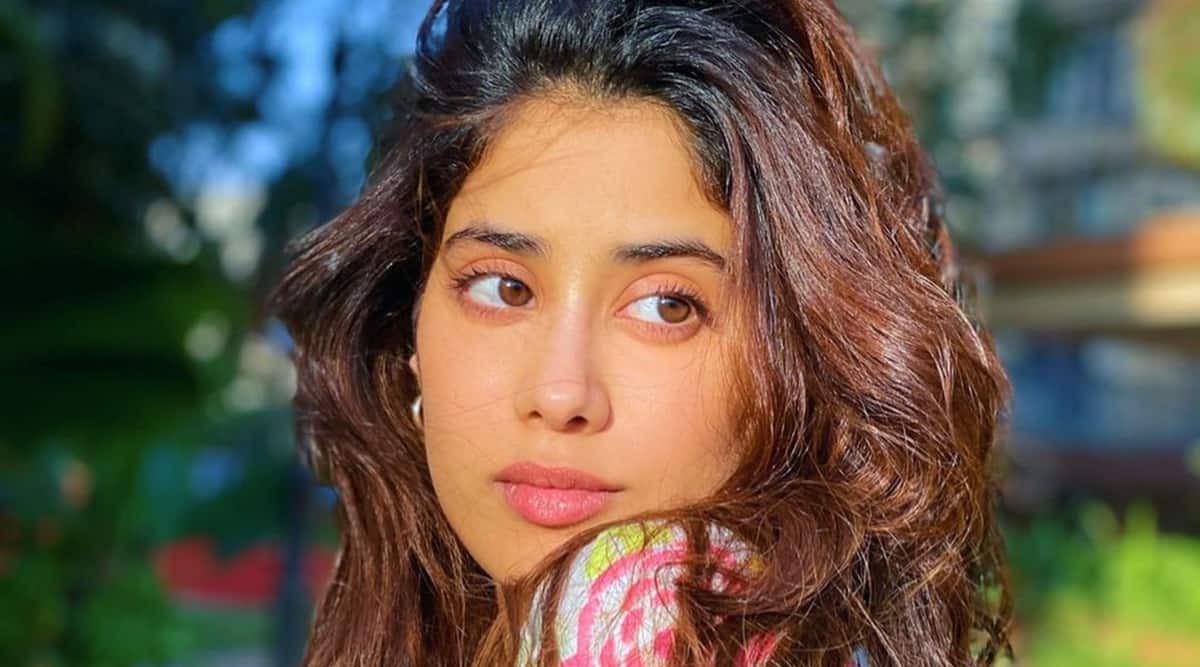 What do you think of her look? (Photo: Janhvi Kapoor/Instagram)

Janhvi Kapoor is charmingly self-deprecating. But it doesn’t come from self-awareness as much as it stems from self-doubt. “There’s this doubt that ‘Did I really do it that well or are people praising me just like that?'” she tells indianexpress.com

Janhvi, born to late star Sridevi and producer Boney Kapoor, became famous even before her debut with Dhadak in 2018. The extent of her popularity can be more accurately gauged by another snippet of information: the water bottle she carried to the gym has got its own fan page. It’s the kind of craze many Bollywood stars would privately dream of.

Yet, Janhvi says the privilege has already bogged her down. “I have been overtly aware of my privilege since I was a kid. It’s not as if nepotism began to exist for me when I entered the film industry. It has existed since I was a kid. At school if I got good grades or if the teacher would compliment me in front of the class, there would be students who would go like, ‘Arey because your parents are famous that’s why she is sucking up to you.'”

Janhvi’s nervous body language around people she is not familiar with– in this case journalists–paints a picture of a woman who remains sceptical of any praise coming her way. The actor is now conditioned to judge herself even before someone else does. “I have gotten that (reminder of privilege) all my life. It was always in my head that I have to do more to prove myself, to overcompensate… Or that self doubt… I have always carried that with me fortunately or unfortunately.”

Janhvi, however, is quick to clarify that she wouldn’t want her hyper awareness to win over the audience. Since her lukewarm debut in the 2018 Dharma Production, Janhvi Kapoor has worked in Ghost Stories with director Zoya Akhtar, Gunjan Saxena biopic again with Karan Johar, and in the upcoming Roohi backed by Dinesh Vijan. An actor without a famous surname wouldn’t even afford to dream of a launch by Karan Johar, let alone bag such enviable titles especially after the debut she had.

“I understand where people are coming from. Maybe I didn’t give them enough to feel convinced that she deserves a place in the industry, when Dhadak came. For some people, I did. For some, I didn’t. I think more people got convinced after Ghost Stories. A little more after Gunjan. And I hope a little more after Roohi. But that’s what you do, you keep working. I am happy that’s been and is my journey because it motivates me to work harder,” Janhvi says.

The actor has resigned to the constant scrutiny and pessimism around her, but there are times when it gets too “disorienting” to make sense.

Janhvi speaks about the release of Gunjan Saxena: The Kargil Girl last year, which was marked by controversy around the sexism that the film alleged was prevalent in the Indian Air Force.

Janhvi says she never imagined she would find herself veering between glorification and backlash.

The criticism intensified because of the audience’s negative sentiment against Bollywood star kids. Gunjan Saxena released in the midst of the raging debate against nepotism triggered by actor Sushant Singh Rajput’s death by suicide.

“The process of the film releasing was something that made me mature because it came out at a time when there was a lot of shit going around but you had to navigate through that and your moral compass had to point north. You need to have your head in the right place and you need to focus on the positives and believe in yourself somehow.”

She laughs recollecting the time a foreign publication praised her work while an anonymous troll back in India wished death upon her.

“It was weird. I read a review, which was acting as If we have changed the world or that I have arrived. Then I read some random Twitter comment that read like forget deserve to act, I don’t deserve to live. So, it was disorienting and there were two extremes and I don’t know if anyone had to deal with it. You need to know where you stand. It taught me a lesson to not take the praise and the backlash seriously.”

Subscriber Only Stories
View All
UPSC Key- January 30, 2023: Know about Project 39A, Beating Retreat Cerem...
UPSC Essentials | Key terms of the past week with MCQs
ExplainSpeaking: How to evaluate a Union Budget
Mahesh Vyas writes: Why the job shortage is for real
Apply New Year promo code SD25
Don't Miss These Stories
Click here for more