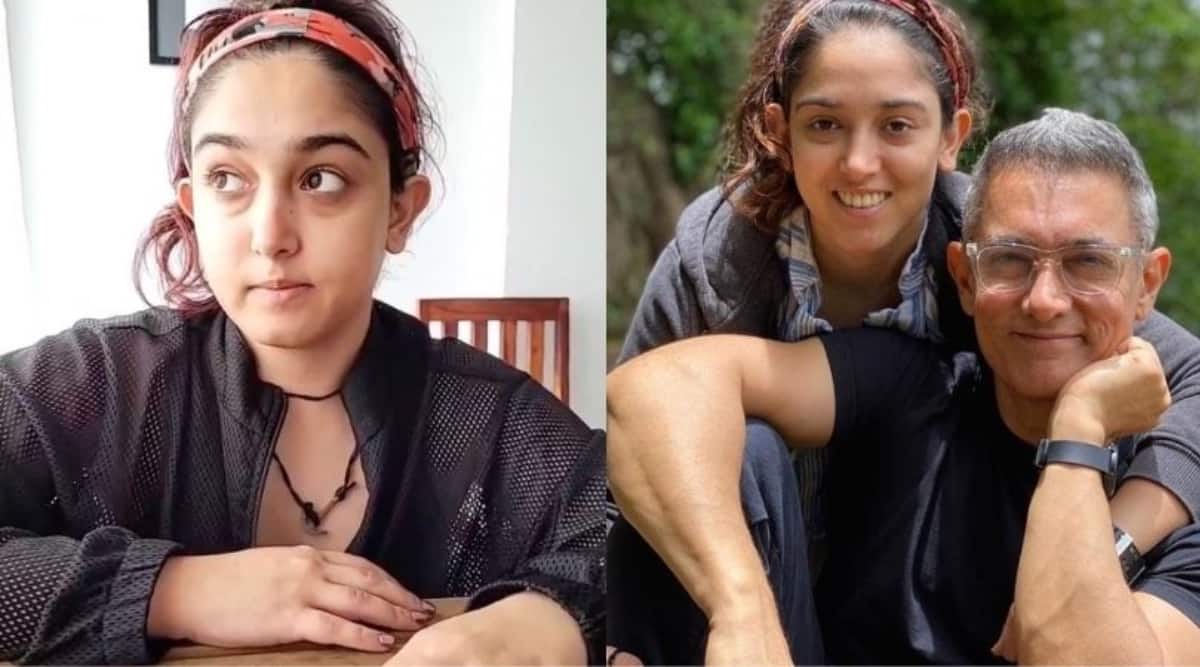 Ira Khan has shared a food review video on Instagram, where she can be seen eating some Basque cheesecake. This is her first post after her father Aamir Khan announced his separation from wife, Kiran Rao.

Ira earlier teased her fans and followers about a ‘review’. The ‘review’ turned out to be a video of Ira eating a cheesecake, and she described it in a caption. “Burnt Basque Cheesecake – Daniel Patissier. The picture of Zomato is really pretty. And the centre fully fulfills the fantasies from seeing the picture. It melts in your mouth. Not too sweet. The outside though is egg-y. Very evidently egg-y. So I just eat the centre,” she wrote. Earlier,  Ira had shared a video where she sampled Tiramisu.

On Saturday, Aamir Khan and Kiran Rao announced that they would be separating after 15 years of marriage, and that their focus would just be on co-parenting their son Azad. “In these 15 beautiful years together we have shared a lifetime of experiences, joy and laughter, and our relationship has only grown in trust, respect and love. Now we would like to begin a new chapter in our lives – no longer as husband and wife, but as co-parents and family for each other,” they said.

Ira and Junaid Khan are children from Aamir’s first marriage with Reena Dutta. The couple divorced in 2002.

Explained: The story of Sir Chettur Sankaran Nair, who took on the British in their own courts