India’s Most Wanted review: The spy thriller is helmed by Raj Kumar Gupta.

The principal photography of the movie had begun in May 2018 and had concluded in November 2018. The film also features Amrita Puri, Rajesh Sharma and Sudev Nair among others in pivotal roles.

At the trailer launch of his film, Arjun Kapoor had said, “The time to think like a hero has passed. Even if you see the posters of this film, we haven’t pitched it as a hero versus villain film. It is about underdogs. We need to see how our officers put themselves out there. It is not a story about ‘an officer’ or ‘a hero’. It is about a bunch of people on a mission.”

On the work front, Arjun is going to have a busy year. He will have three releases this year — Panipat, Sandeep Aur Pinky Faraar and India’s Most Wanted.

At the launch, Arjun Kapoor also spoke about the importance of experimenting.

He said, “I have made wrong choices also. You live and learn. As actors, I think we are in a wonderful place where our directors are thinking of making films like these. So many actors have done well recently. I think it is important to experiment without being worried because the audience is welcoming experiments. And that encourages us to experiment as now we know that people are having fun watching new things, different content. It is about being born at the right time and taking those chances. To make this possible, directors and producers have become collaborative. Like I wouldn’t have been able to do this film as I had already committed to Panipat. Ashu sir (director Ashutosh Gowariker) was graceful enough to push his schedule by a month. So actor taking all the credit is boring and not true as a lot of things need to fall in place for us to reach this stage.”

Follow all the latest updates about India's Most Wanted.

Based on the true story of the painstaking search-and-capture of a dreaded terrorist, India’s Most Wanted has what it takes for a solid spy thriller : a ‘fidayeen’ bomber bent upon destroying India, the coming together of a team under a strong leader, the bureaucratic reluctance to go out on a limb for brave soldiers even if it means getting rid of a dreaded enemy, and the senior official in between these two forces who plays go-between.

'Loved the film based on true events'

Anupam Kher shared on Twitter, "Just watched #IndiasMostWanted. Loved the film based on true events. Everybody is excellent. Happy that theatre actors are getting such meaty roles. And @arjunk26 is the star performer. He is restrained, held back and greatly affective.:)"

Anil Kapoor shared on Twitter, "Just watched #IndiasMostWanted and I am so proud of you @arjunk26 for doing full justice to the story! Good film & a very good performance! Congratulations to the whole team! @rajkumar_rkg @foxstarhindi @raapchik_films @saregamaglobal #IMW"

Director Ashutosh Gowariker tweeted, "Literally WITNESSED the capturing of "India's Osama" in #IndiasMostWanted ! Amazingly PACY tribute to India’s UNSUNG heroes. A high-on-ADRENALINE film by @rajkumar_rkg And a restrained but powerful performance by @arjunk26 in creating the character of PRABHAT! CONGRATS Team IMW!!"

India’s Most Wanted has the relatively novel backdrop of Nepal, where the terrorist is meant to be hiding out. New scenery usually means instant freshness. But the overall result is more a placid seen-it-before run-around than the edge-of-the-seat nail biter that it promises to be.

Rajkummar Rao on India's Most Wanted

"#IndiasMostWanted is an important story that was needed to be told. Congratulations @arjunk26 on this sincere and a very controlled performance and @rajkumar_rkg on bringing this story about our unsung heroes on the silver screen. All the best team @foxstarhindi #RapchikFilms," wrote actor Rajkummar Rao on Twitter after watching the Arjun Kapoor starrer. 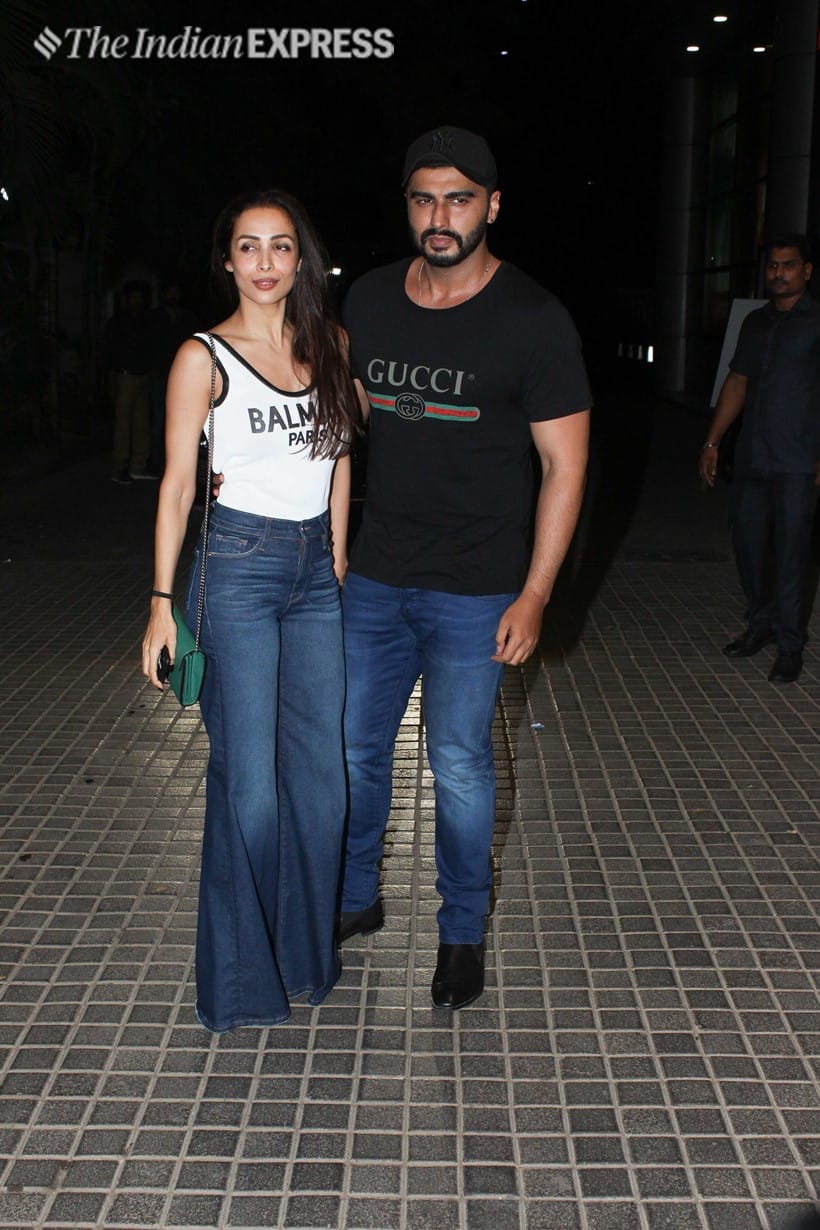 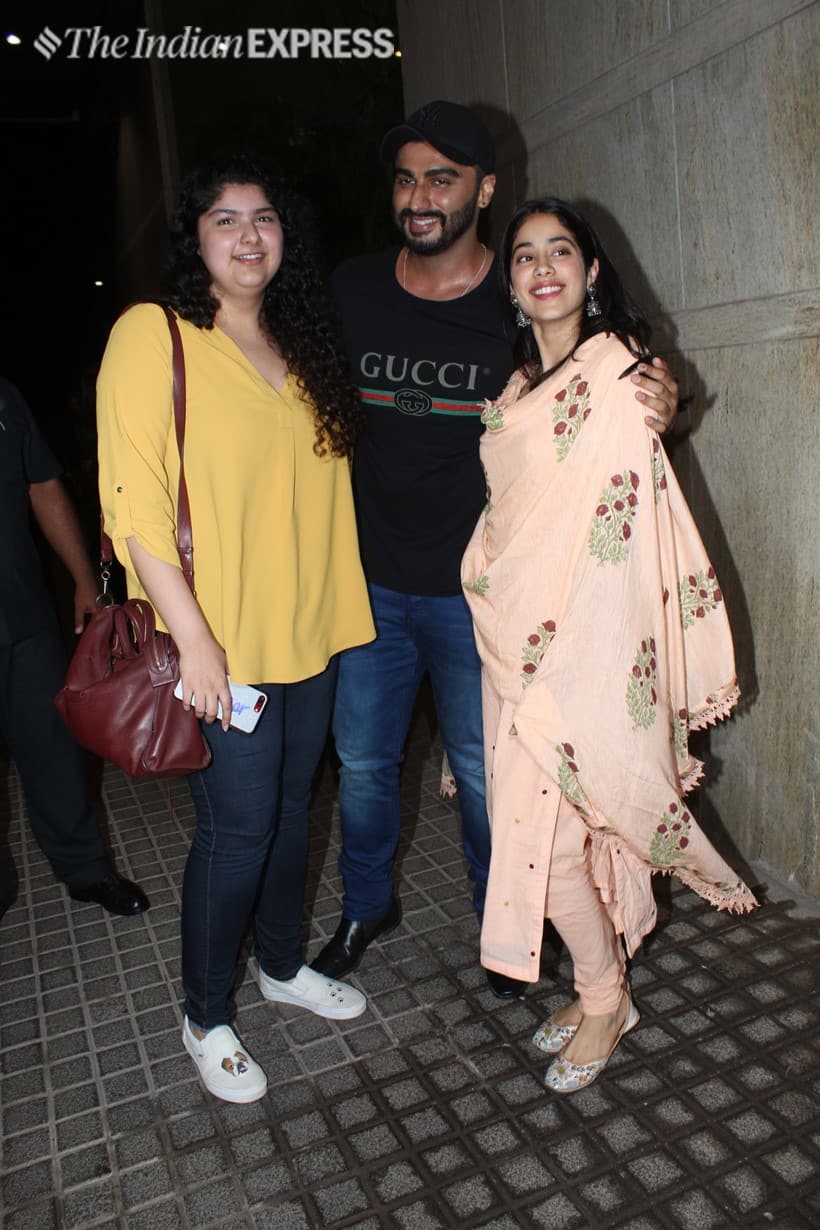 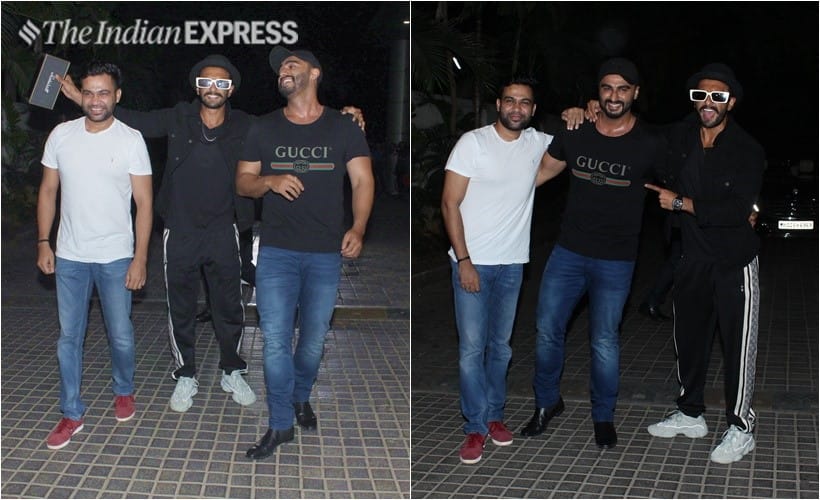 "Real, honest and brave. Congratulations @rajkumar_rkg sir, @arjunk26 and the entire team of #IndiaMostWanted ... such an important film, and told, so sincerely. Arjun, you were so good, your best performance! Good luck for the big release @foxstarhindi 👏🏻" Athiya Shetty tweeted.

Actor Vaani Kapoor tweeted, "Just watched #IndiasMostWanted...what an absolute thrill ride! I was stuck to the edge of my seat! @arjunk26 you were outstanding!♥ Kudos to the entire team for sharing such an important story of unsung heroes. Thank you @rajkumar_rkg @foxstarhindi @raapchik_films."

Raj Kumar Gupta shares his inspiration behind India's Most Wanted

“I think it touched me when I heard that there were people from the Intelligence Bureau who pooled in their own money, and went out to catch one of India’s most wanted terrorists. They captured him in Nepal, without firing a single bullet, without using any gun and without the support from the government. That sounded very, very brave, and that’s why I decided to pick this subject, research, write and make a film,” Raj Kumar Gupta said as he revealed what excited him to make a movie on a group of unsung heroes from India’s Intelligence Bureau.

Watch | How celebrities reacted after watching India's Most Wanted

Taapsee Pannu on India's Most Wanted

Taapsee Pannu attended the special screening of India's Most Wanted and took to her Twitter handle to review the film. She wrote, "True stories are always so heartening to watch . Good luck @rajkumar_rkg sir, @arjunk26 and the entire team of #IndiasMostWanted for a successful release ahead ! ❤️🤗"

Arjun Kapoor shared his experience of shooting in the bylanes of Nepal and Bihar. He told indianexpress.com,  “The story did begin from there even in real life. The starting point of our journey is from Patna where the mission falls into place. He (director Raj Kumar Gupta) wanted to go to Patna and asked me if I would like to come along. I said yes I’ll come, because I feel a connect. And I feel it always adds value when people who are from that part of the world feel authentically represented, whether it is the dialect or whether it is the way you shoot. So, we shot in some iconic places, but we have used them in the most simplest fashion. So, scenes happen with that in the backdrop. And I think it is a nice starting point. It gives a nice desi texture to the film which was needed.”

Dia Mirza on India's Most Wanted

All the BEST team #IndiasMostWanted for backing a story of our unsung heroes! These are the stories that need to be told 👍🏼👍🏼👍🏼 @arjunk26 @foxstarhindi @rajkumar_rkg

"Dear @arjunkapoor wishing you my best for the release of your spy thriller #IndiasMostWanted - have a great one at the box office my friend." wrote Riteish Deshmukh on Twitter.

Anushka Sharma watched India's Most Wanted and wrote on Twitter, "Gritty, gripping and real. Well done team #IndiasMostWanted for backing the story of our unsung heroes. @arjunk26 you were amazing in the film! All the best to the entire team @foxstarhindi @rajkumar_rkg. Go watch!"

Indian Express' Priyanka Sharma writes, "The worst takeaway for an audience is indifference, which the latest Bollywood release India’s Most Wanted heavily suffers from. Written and directed by Raj Kumar Gupta, who has helmed films like No One Killed Jessica and Raid, the Arjun Kapoor starrer is a thriller that no one would eventually want to care about, courtesy an uninspiring storytelling and hardly watchable performances."

Apoorva Mehta on India's Most Wanted

Film producer Apoorva Mehta tweeted, "Watched #IndiasMostWanted last night and was hooked from start to end! A gripping performance from @arjunk26 and a must watch for the thrilling story! @foxstarhindi @roo_cha @shikhakapur."

Film trade analysts believe the Arjun Kapoor movie has the potential to lead the way at the box office this week despite its clash with Vivek Oberoi's PM Narendra Modi. Girish Johar pegged its day one collection at Rs 3 crore.

'So honest and sincere'

Saqib Saleem on India's Most Wanted

'India's Most Wanted is a story that must be told'

Pooja Hegde posted on Twitter, "#IndiasMostWanted is a story that must be told.A quick paced film with an entertaining screenplay..Go ahead and catch it in the theatres...Good luck @arjunk26 and congratulations on a job well done 😃🤗"

Patralekhaa on India's Most Wanted

"All the best @arjunk26 for #IndiasMostWanted you made Prabhat so nuanced and believeable. Congratulations @rajkumar_rkg sir & team for telling us this story abt these brave bunch of unsung heroes of our country. @foxstarhindi." wrote Patralekhaa on Twitter.

'A moving adaptation of a real event'

Made In Heaven actor Sobhita Dhulipala tweeted, "Shout out to @arjunk26 and every single cast member for their very articulate silences in #IndiasMostWanted. @rajkumar_rkg Congratulations Sir! What a moving and well made film adaptation of a real event!

'I thoroughly enjoyed this film'

Dino Morea posted on Twitter, "Watched #IndiasMostWanted, @rajkumar_rkg has told a true story beautifully, he keeps you engaged for 2 hours while you travel with @arjunk26 character to catch the terrorists. Great work by all actors. I thoroughly enjoyed this film"

Arjun Kapoor was last seen in Vipul Shah's Namaste England along with Parineeti Chopra. The movie had bombed at the box office and had even failed to impress critics. The actor had also made a special appearance in Shah Rukh Khan's film Zero.