I’ve struggled for over 15 years, hope is what saw me through: Nawazuddin Siddiqui

Nawazuddin Siddiqui on his toughest role so far, learning to live with success and failure and why he hates the characters he plays. Actor Nawazuddin Siddiqui on his toughest role so far, learning to live with success and failure and why he hates the characters he plays.

Actor Nawazuddin Siddiqui on his toughest role so far, learning to live with success and failure and why he hates the characters he plays

Talk about your journey in Manjhi — The Mountain Man. What made you want to play this character?
My director Ketan Mehta narrated just one line to me —ek aadmi apne pyaar ke liye 22 saal tak pahad todta rehta hai (for 22 years, a man kept hammering away at a mountain for his love) — and that was enough to entice me. I wanted to get into the mind of this man, Dashrath Manjhi, who was an ordinary man but his love was extraordinary. I wanted to know how it feels to love someone that much. In today’s age, this kind of love doesn’t exist; it’s the stuff of fantasies. We keep talking about Superman and Batman, Dashrath Manjhi was our Superman and nobody knows about him.

Since this is a biopic, how did you internalise the character? How do you identify with the characters you play?

In order to play Dashrath Manjhi, I identified with his dedication and his life’s philosophy to never lose hope. I’ve also struggled for over 15 years to get recognition as an actor and, in all these years, hope is what saw me through. Struggle is an important part of an actor’s journey; nobody really knows when it’s going to end. An actor can just be prepared with the craft so that when the opportunity arises, he is ready for it. I’ve seen many actor friends get so mentally tired that even when they get that elusive break, they can’t make the most of it. This is the reason I mostly like playing inspirational characters. As an actor, you have to be attuned to what the character is saying to you and then you can play him as you want. That’s my approach.

How did your fascination with cinema begin?

I come from Budhana, a small village in Muzaffarnagar district of Uttar Pradesh. We had just one kachcha cinema hall with a tin roof, nadi paar (by the river). Only C-grade films used to play in that theatre. I grew up watching those films. Then, when I went to National School of Drama, I was introduced to world cinema. That was the leap my cinema studies helped me undertake. I kind of missed the beech ka Bollywood films-waala part. But then, I never wanted to be an actor. It was just a sudden thing. I was studying chemistry.

I believe you saw a play and it impacted you so much that you decided to become an actor.

Yes. I saw a performance by Manoj Bajpayee in the play Uljhan and the chemistry that the actor and the audience shared came across like magic. If the actor was crying, the audience also cried; if he was bad, then the audience hooted. For an actor doing theatre, a performance is like going for a body scan — the audience can see and feel everything. The audience doesn’t care kaun kiss ka beta hai ya pota hai (the audience doesn’t care who is whose son or grandson)… actor jaisa karega waisa hi response paayega (an actor will get the response he deserves). I found the whole process empowering. But I never wanted to do films. I wanted to do theatre all my life.

So then how did films happen to you?

After doing theatre for over seven years, I was broke. By that time, I had fallen in love with acting and I couldn’t leave it. I thought if I have to die of hunger, I might as well do so in Mumbai. I had no hope of landing any film role in Mumbai, but I felt I had nothing to lose. I tried my luck in television, but our daily soaps were so glossy that I didn’t fit in. I did a few walk-on shots in a few films — I had a 40-second role in Sarfarosh, miniscule footage in Shool and Munnabhai MBBS. I did a few advertisements where I was part of the crowd, but I used to turn my face away from the camera.

So that nobody could say that an NSD actor is part of a crowd.

So what was that life-changing moment in Mumbai which gave you hope during this period of struggle?

That happened when I met Anurag Kashyap. Woh bahut saare actors ko hope dete hain, thodi hope unhone mujhe bhi de di (He gives hope to a lot of actors, he gave a bit of it to me too). He signed me for Black Friday and I felt that this would be my take-off. Unfortunately, the film got banned. My life changed in 2009 when indie cinema was coming into its own and my films Patang and Miss Lovely were screened in film festivals across the world. Then Peepli Live, New York and Kahaani got me noticed.

Which role do you think made the audience accept you?

I think that happened with Faizal’s character in Gangs of Wasseypur.

Which has been the toughest role you have tackled so far?

I’d say Manjhi — The Mountain Man, because the role required me to age from 22 years to 70 years. Physically, it was a challenge. I used a real hammer in all the scenes where I’m shown breaking the mountain. If I hadn’t used a real hammer, then that force would look fake. They teach us in method acting that a weapon should look like the character’s property. I wanted the hammer to look like it belonged to me.

Of all the characters that you have played, do you have a favourite?

Once I’m done playing them, I start hating the characters. They take so much from my life that I just want them to go away. Like, for over a year-and-a-half, I lived with Manjhi’s character. Once the film wrapped up, I said bhaad mein jaaye yeh character (let this character go to hell) and I went to a small village near Jaisalmer to purge myself of him. I lived amongst the locals and started feeling like myself again.

When was the first time that you felt you could act well?

Come on! Don’t you read the reviews you get?

You know, when I read the reviews or appreciation posts about my work mujhe aisa lagta hai ki sab dhoke mein hain (I feel that they are all under an illusion) and that they don’t know my weaknesses. I hate myself on screen. I can just see my mistakes. Main khud ko screen pe jhel hi nahin pata (I can’t tolerate myself on screen), so I only see my film once before release and then never again.

Even though you feel you can’t act, you have notched up an enviable body of work. Even so-called big commercial films such as Kick and Bajrangi Bhaijaan have gone in your favour. Usually, indie film actors are not so lucky.

I think that’s because of the directors. Be it Sajid Nadiadwala for Kick, Kabir Khan for Bajrangi Bhaijaan or even Rahul Dholakia for Raees, they cast me because they are convinced that they only want Nawaz. An actor and director share a game of trust. As an actor, I need to know that my director won’t misuse me and will present the character as he promised. Similarly, a director will only come to me if he believes only I can play this role.

But you have earned quite a reputation of rejecting commercial films?

Yes. I can easily say no to any film if I don’t like the role. I don’t compromise on that. Mujhe paise ya fame ka laalach nahin hai (I am not greedy for fame or money). Like that dialogue in Singham, ‘Meri zarooratein kum hain iss liye mere zameer mein dum hai (My needs are less, so my conscience has strength). I don’t have the pressure of paying installments for a house, so I can easily say no to anything.

What has your struggle period in Mumbai taught you about yourself?

Mumbai has given me my survival instinct. It has also taught me how to maintain a relationship with success. Here, success comes in phases and I’ve learnt not to let success or the lack of it affect my mind and body. Agar mera daur hai toh mujhe aasman mein udna nahin chahiye, aur agar mera daur nahin hai toh mujhe zameen mein dhas ke depress nahin hona chahiye (If things are going my way, I need to stay grounded, and if they aren’t, I don’t want to be depressed).

Is there a character that you recently saw in a film that made you wish you had played him?

I would have loved to play Stephen Hawking in The Theory of Everything. Also, I really liked Leonardo DiCaprio in The Wolf of Wallstreet. I’ve seen his other films but he never impressed me as much as he did in this film. He had amazing energy.

Exactly. That’s another thing they teach us in method acting, that while playing a character keep an animal in mind. Like for Manjhi, because he is so stubborn I had an image of a wild stallion.

What will be the last line of your autobiography?

(Laughs) He was confused.

You just said you can easily say no, so where is the confusion?

I’m not confused about an ‘yes’ or a ‘no’, but, in other matters, I’m always confused. (laughs)

If there is a biopic on your life, who would you want to play you?

I wish Dilip Kumar could play me. It’s a dream to one day do a character like he did in Mughal-e-Azam. What attitude he had! I hope I get a chance to do something like that.

‘Victims’ mount, but only case against ‘serial rapist’ collapsing 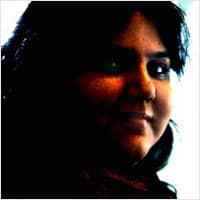