I enjoy comparisons, but compete with myself: Rajkummar Rao

Rajkummar Rao says when it comes to competition he only wants to beat himself with every new role. 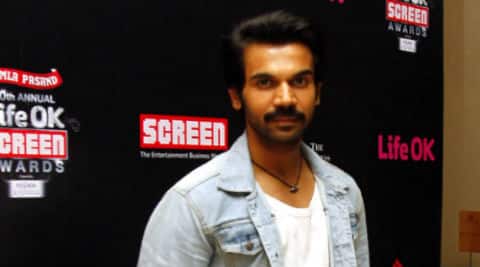 Rajkummar Rao: I just want to get better with each performance.

Actor Rajkummar Rao, who considers the Oscar-winning talent Daniel Day-Lewis as his role model, says he enjoys being compared to Bollywood’s “brilliant” names like Dilip Kumar, Irrfan Khan and Nawazuddin Siddiqui, but when it comes to competition he only wants to beat himself with every new role.

When asked if he sees Nawazuddin as his most immediate competitor, Rajkummar said: “I have immense respect for Nawaz. I think he is a brilliant actor. People compare me to different actors, like Nawaz, Irrfan and even Dilip Kumar. That’s very flattering. I enjoy all the comparisons. But I don’t want to compete with anyone except myself.”

“To me, the best compliment is when people tell me I’ve given a better performance in ‘Citylights’ than in ‘Shahid’. I just want to get better with each performance,” he added.

His screen presence in ‘Shahid’ and ‘Citylights’ had no element of exhibitionism. Talking about it, the ‘Kai Po Che’ actor said: “That’s what I strive to do. I don’t want to look like I am acting. I want to occupy the truth of a character as much as possible. I don’t want to imbue my roles with any artifice.”

Whom does he consider his role model?

“If you’re asking me about the one actor that I’m really inspired by, it’s Daniel Day-Lewis. In India, I like Irrfan, Manoj Bajpayee, Aamir Khan, Dilip Kumar and Balraj Sahni.”

Is there a craving to be a star like Dilip Kumar and Aamir?