I am nervous, says Fawad Khan ahead of ‘Khoobsurat’ release

Fawad Khan says his female fan-following in India is both a blessing and a matter of concern. 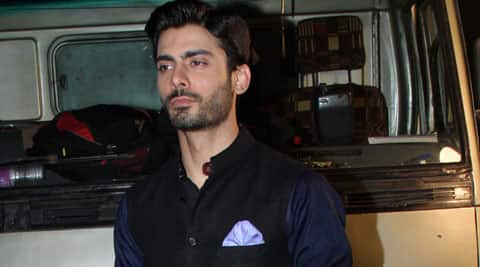 The actor first got noticed outside Pakistan with his critically acclaimed role of a musician-turned-fanatic in ‘Khuda Ke Liye’. He followed it up with romantic TV drama ‘Zindagi Gulzar Hai’, which was quite popular here.

Pakistani actor Fawad Khan says his female fan-following in India is both a blessing and a matter of concern as his maiden performance in Bollywood film ‘Khoobsurat’ will invite more scrutiny.

The actor first got noticed outside Pakistan with his critically acclaimed role of a musician-turned-fanatic in ‘Khuda Ke Liye’. He followed it up with romantic TV drama ‘Zindagi Gulzar Hai‘, which was quite popular here.

The 32-year-old actor says he is worried about the response of the audience.

“The fact that people have liked me in my TV show means that they will come out and support me by watching the film. And then the flip side is that there is a huge expectation from my fans. So, I am nervous,” Fawad told PTI.

The actor says starring in a Bollywood project was never on his agenda till he actually got a call for ‘Khoobsurat’.

“Bollywood was not on my to-do list. It just happened and then one thing led to another,” he said.

In Shashanka Ghosh-directed ‘Khoobsurat’, which is a remake of the 1980 film of the same name, the actor plays a royalty Vikram Rathore, who epitomises the modern-day Prince Charming opposite Sonam Kapoor. The film also stars Kirron Kher, Ratna Pathak and will hit theatres on September 19.

“I bagged the film in a very simple way. It was January last year when I got a call from the casting director. I was given a script and also the DVD of the old film. I then came to Mumbai for readings with Sonam and that is how I came on board,” said Fawad.

Fawad says the Indian film industry is in a very exciting phase right now as it has the perfect combination of experienced filmmakers and newcomers, who are taking Bollywood to new heights.

There were reports that Fawad has been signed on for Yash Raj Films’ next opposite Kareena Kapoor Khan but the actor denied the casting rumours.  “I have not been offered any Yash Raj movie. I am in talks with some directors in India as well as in Pakistan but nothing has materialised. It is too soon to talk about it,” he said.

Fawad says he will not go on a signing spree in Bollywood; he will rather wait till the release of his first
movie and then decide on his plan of action for his future in India.

“I am taking things slowly. One day at a time. I have never really planned my moves. Things just happen to me and I take things in my stride. There is no strategy as to how I want my career to be or which directors I want to work with,” he said.

Fawad is making his entry in Bollywood at a time when his contemporary Ali Zafar has already established himself with interesting projects.

But Fawad says there should not be any competition or comparison between them.

“Ali has carved a niche for himself. I have been his fan much before he came to Bollywood. He has got all the elements working for him. I am a huge supporter of Ali. But I would say that there is no comepetition… he has his own things, his own way. I am a new entrant. I have to give myself time to see how long I will last,” Fawad said.

Breastfeed your baby to get rid of postnatal depression