When Kajol bad-mouthed Ajay Devgn even before meeting him for the first time, their love story in her words

Happy birthday Kajol: Kajol and Ajay Devgn make a strong couple on reel and real life. Here's their love story, as narrated by Kajol herself.

Kajol turns 47 on August 5. An accomplished actor, she made a name for herself with author-backed performances in the 90s and the noughties. After marriage with actor Ajay Devgn and motherhood, her onscreen appearances have been limited but such is her star appeal that they continue to be events nonetheless.

Kajol and her husband Ajay Devgn have worked in many films together, including the 2019 release Tanhaji. Their first film together was Hulchul (1995) and that was also the first time they met each other. In an interview, recalling their first meeting, Kajol shared that 10 minutes before meeting Ajay, she bad-mouthed him.

Kajol fans, also read this |What if Simran married Kuljeet instead of Raj in DDLJ? Parmeet Sethi answers

Ajay and Kajol’s love story was featured on the Humans of Bombay Instagram page. The couple shared how they first met professionally and soon found love in each other.

Kajol shared, “We met 25 years ago, on the sets of Hulchul–I was ready for the shot & asked, ‘Where’s my hero?’ Someone pointed him out–he was broodily sitting in a corner. So 10 minutes before I met him, I b**ched about him!” 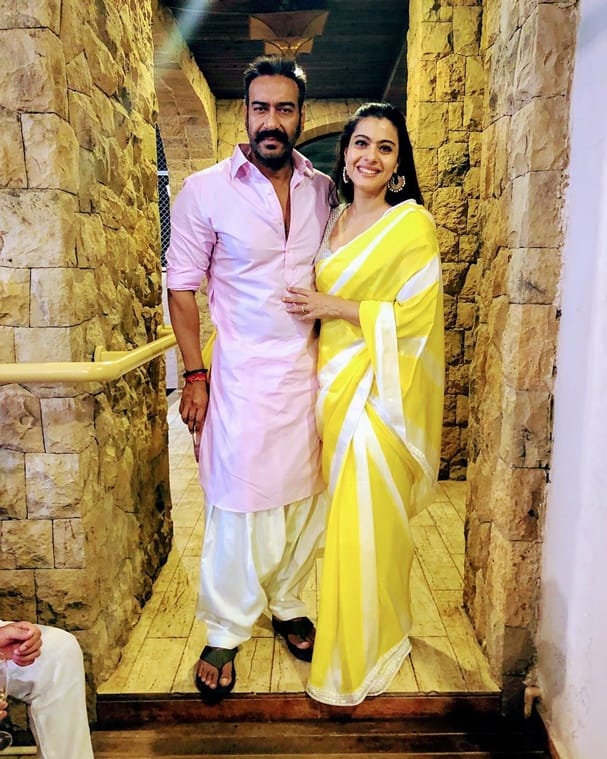 Even on Karan Johar’s talk show Koffee With Karan, the Tribhanga actor had shared her first impression of Ajay as, “Who’s this guy? What kind of a personality does he have? He sits in one corner and smokes like a chimney and even doesn’t speak to anybody.” But, eventually, Kajol’s impression of Ajay changed, and the two became thick friends.

“We began talking on set & became friends. I was dating someone at the time & so was he–I’ve even complained about my then boyfriend to him!”, added Kajol. Coincidently, it was soon after that they both broke up with their significant others. Mentioning that there was no formal proposal that happened between them, Kajol added, “Neither of us proposed–it was understood that we were to be together. It went from hand-holding to a lot more before we knew it! We used to go for dinners & so many drives–he lived in Juhu & I, in South Bombay, so half our relationship was in the car!”

Kajol also shared that her friends warned her about him as Ajay had quite a reputation but said that ‘he was different with me–that’s all I knew’. 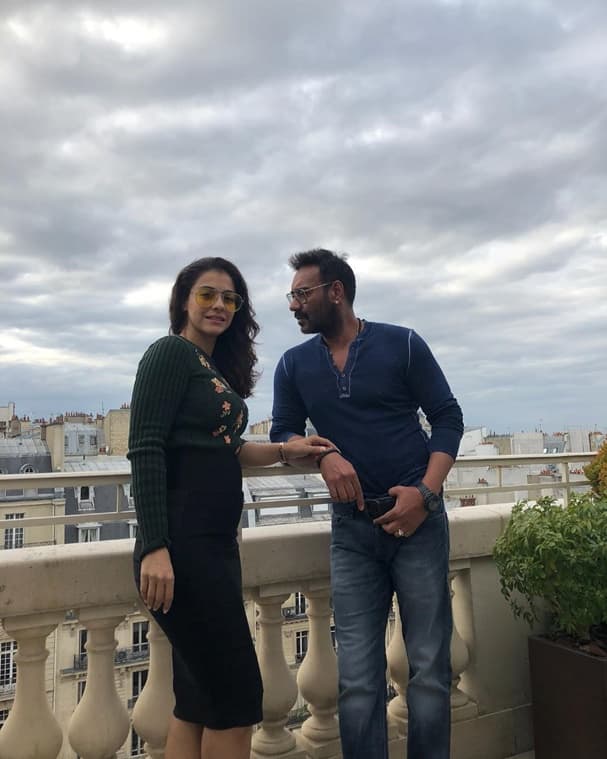 Kajol and Ajay tied the knot on February 24, 1999, after dating each other for four years. 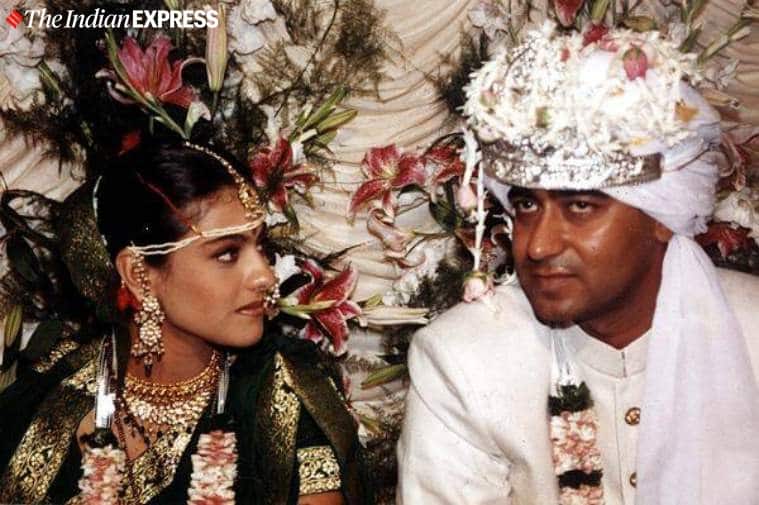 “We’d been dating for 4 years, when we decided to get married. His parents were on board, but my dad didn’t talk to me for 4 days. He wanted me to focus on my career, but I was firm and he eventually came around.”

Taking about their marriage, Kajol shared, “Again, there was no proposal–we just knew we wanted to spend our lives together. We got married at home & gave the media the wrong venue–we wanted it to be our day. We had a Punjabi ceremony & a Marathi one! I remember, during the pheras Ajay was desperately trying to get the pandit to hurry up & even tried to bribe him!” 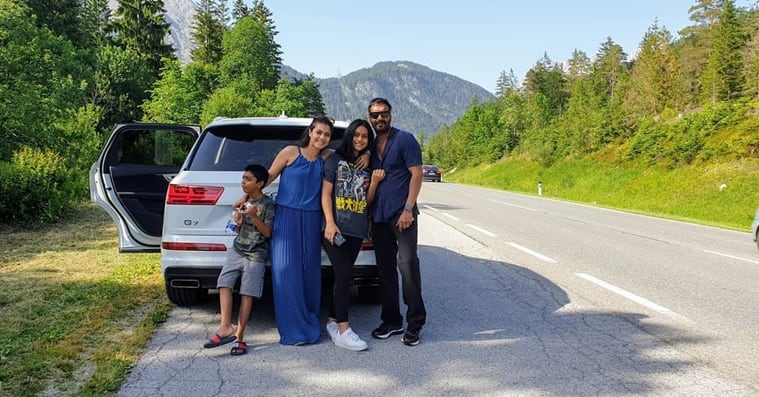 Kajol and Ajay have a daughter Nysa and a son Yug. Kajol also faced miscarriage twice before their kids were born.

In an interview, Kajol shared, “Over time, we began planning to have kids. I was pregnant during K3G, but had a miscarriage. I was in the hospital that day–the film had done so well, but it wasn’t a happy time. I had another miscarriage after that–it was tough. But eventually it worked out–we had Nysa and Yug and our family’s complete.” 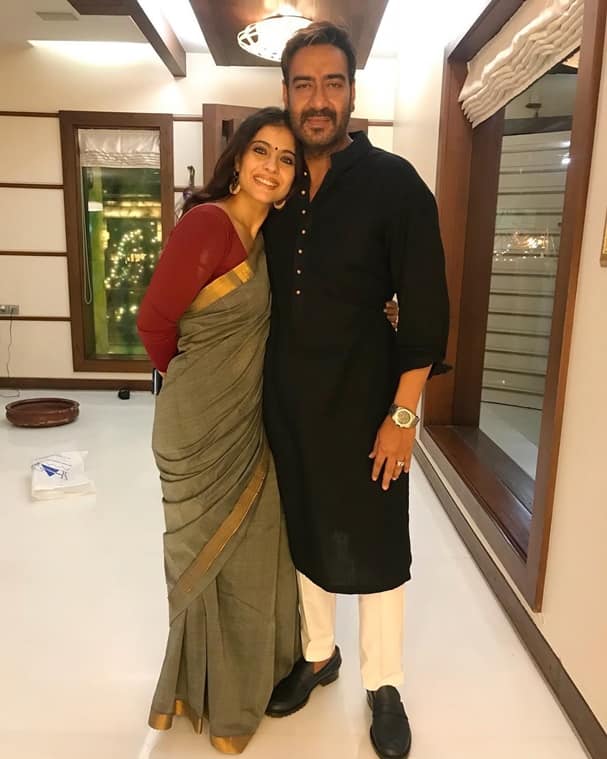 Kajol believes Ajay has made her ‘calmer’. “I have become much calmer…he has brought a lot of stability in my life… we are different people but we believe in same things.” She added, “It is necessary to love someone but it is also necessary to respect. I respect him greatly and that is one of the reasons why our relationship has lasted till now, ” Kajol shared during one of her interviews with PTI.