Farhan Akhtar and Shahid Kapoor are returning as the hosts of IIFA 2016 awards after successfully anchoring the gala in 2014. 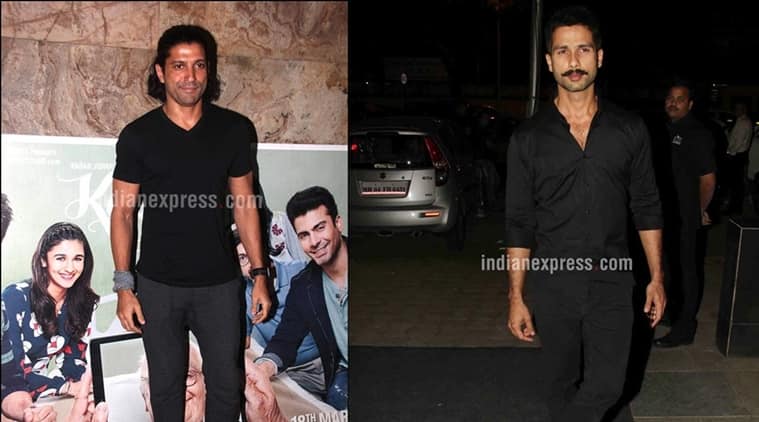 Farhan Akhtar and Shahid Kapoor are returning as the hosts of IIFA 2016.

Bollywood stars Farhan Akhtar and Shahid Kapoor are returning as the host of this year’s International Indian Film Academy (IIFA) awards after successfully anchoring the gala in 2014.

Farhan, who was in the capital to make the announcement sans his co-host, said he shares a great chemistry with Shahid and can’t wait to take to the stage with the “Haider” star at the 17th IIFA awards to be held on Junes 25 in Madrid, Spain.

“I am looking forward to it. Hosting takes up a lot of time so I won’t be performing. There is a lot of work to do and rehearsals to attend. Shahid and me will be toiling hard to make sure it is an entertaining experience.

“We have had a wonderful time in the past when we have co-hosted. There is a certain ease that we have and a very great chemistry,” Farhan told reporters here.

The 42-year-old actor-singer-filmmaker in 2012 starred in Spain-set road trip movie “Zindagi Na Milegi Dobara” and he said he visits the country very often.

“I have fond memories of being in Spain especially having shot my movie ‘Zindagi Na Milegi Dobara’. Even now when I plan my holidays I prefer going to Spain. It is a different experience and I am so happy that the country is hosting this year’s IIFA,” he said.

The awards ceremony will witness performances by Bollywood A-listers like Priyanka Chopra, Deepika Padukone, Salman Khan, Hrithik Roshan and Sonakshi Sinha among others.

Veteran Bollywood actor Anil Kapoor, who has been associated with IIFA for more than a decade now, said the upcoming edition of the awards ceremony is posed to be the biggest till date.

“This looks like it is going to be the biggest IIFA till date, looking at the scale of the events planned. Spain is a beautiful country. It is going to be very special year for us,” the 59-year-old actor said.

“I had the good opportunity to go to Spain and I saw that there is a lot of similarity between the two countries.”

When asked if his children, Sonam, Rhea and Harshvardhan will accompany him to IIFA, Anil said, “You can’t force them to come along. They are busy with their own life.”

“IIFA 2016 is special as it marks the 60 years of relations between India and Spain. IIFA and Madrid together will present a breathtaking amalgamation of two richly diverse countries and cultures.

“The aim is to bring the magic of Indian Cinema not only to Spain, but to Latin America as well. The IIFA Celebrations are all set to take over Madrid from June 23-26 June 2016,” Sabas Joseph, director, Wizcraft International, which organises IIFA, said.