Entertainment news Live Updates: Rajkummar Rao and Patralekhaa are all set to tie the knot. The couple has been tight-lipped about their marriage. Wedding rumours of Ankita Lokhande and Vicky Jain are also making headlines.

The wedding season is set to begin in all seriousness in Bollywood. Starting the trend of celebrity weddings are Rajkummar Rao and Patralekhaa. Sources close to the actors have confirmed to indianexpress.com that they will indeed be tying the knot in a destination wedding. Rajkummar and Patralekha have been tight-lipped about their wedding.

As per reports, Ranbir Kapoor-Alia Bhatt, Katrina Kaif-Vicky Kaushal, Ankita Lokhande-Vicky Jain will also be getting married soon. However, the couples have maintained silence about their nuptials.
The couple is expected to make a statement on Thursday. Bride to be Patralekhaa shared a beautiful video of herself on Wednesday. “Sunshine,” she captioned the photos as she shared sunkissed photos of herself. Farah Khan appreciated the photos.

The song Kusu Kusu from the film Satyameva Jayate 2 has also released, and it features Nora Fatehi. Sung by Zahrah Khan and Dev Negi, with music by Tanishk Bagchi, the song sees Nora dancing among flames, while John Abraham watches moodily from a corner, as he appears to be on one of his missions. The lyrics have been written by Tanishk. 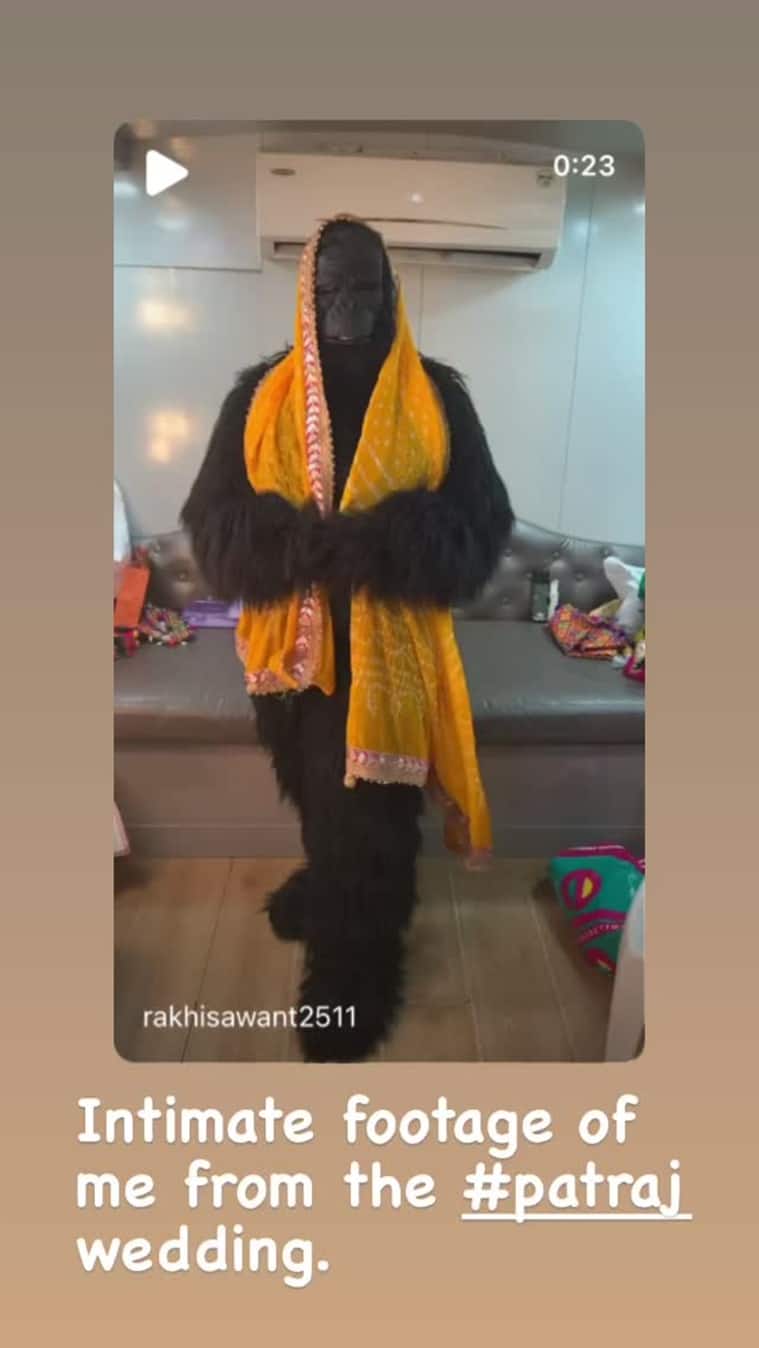 Parnalekha shared a video of Rakhi Sawant dancing on the song 'Choli Ke Peeche'. Sharing the quirky video, Patralekhaa's sister Parnalekha wrote on her Instagram story, "Intimate footage of me from the #patraj wedding".

The Kapoor sisters- Janhvi, Khushi are in Dubai. They shared photos as she posed at the desert in Dubai along with their friend Orhan Awatramani.

Khushi Kapoor shared a throwback photo of her parents Boney Kapoor and Sridevi and wrote, "happy birthday papa, love you the most"

Vidya Balan shares details about her next project

Vidya Balan shared via Instagram, "Stoked about my next – an untitled charming drama-comedy about modern relationships, which promises to be either your story or the story of your friend. It will make you laugh and cry in equal measure and I’m enjoying playing Kavya to the hilt. Delighted to be directed by @shirshagt and to have such an amazing posse of co-actors - @pratikgandhiofficial @ileana_official and @sendhil_rama It’s my first with @applausesocial (@sameern ) and my next with my Tumhari Sulu producers @ellipsisentertainment (@tanuj.garg , @atulkasbekar , @swatisiyer .) Can’t wait for you’ll to watch it next year! And wait for an announcement on the title soon!"

Sharing a photo as she holds beau Vicky Jain's hand, Ankita Lokhande posted, "EACH OTHER is the best and only thing in life that we have to hold on to ❤️ @jainvick."

Twinkle Khanna shares her 'bit in the family singing competition'

Twinkle Khanna shared a video of her and wrote, "My bit in the family singing competition. Some people have a voice that can shatter glass, but my voice is truly special, I can clearly puncture eardrums without any effort! How many of you love to sing even when you know you are terrible? 🙃#ToneDeafMembersUnite."

Patralekhaa always wanted to wear Sabyasachi on her wedding day

A friend of bride-to-be Patralekhaa shared with Indiatoday that Rajkummar Rao's partner always dreamt of wearing Sabyasachi on her wedding day and her dream came true when the designer agreed to dress her up in a beautiful saree with delicate embroidery work. "Patralekhaa will be wearing a gorgeous Sabyasachi saree for her shaadi. She has also picked up a lehenga and a silk dupatta from the designer. Apart from the pheras, there will also be other rituals, for which she has picked up a few options. Patralekhaa’s brief to Sabya was elegant but minimalistic. She didn’t want something that was very heavy to walk in and wanted to feel comfortable as well."

Govinda on Wednesday shared the promo of his song "Angan Tera Tarsa." The actor had previously announced the song on The Kapil Sharma Show.

Thank you @dulQuer ji for planting sapling under #GreenIndiaChallenge initiative. Participation of young folks of your stature would definitely show its positive impact on youth and they could replicate your acts that would eventually help leading their life in a healthier way👍. pic.twitter.com/LMOlyjHmYg

Diva Karthikeyan on Wednesday shared the first look of Don.

Vicky Kaushal shared the trailer of the upcoming episode of Into The Wild with Bear Grylls.

Bigg Boss 15 contestant Afsana Khan, upset over being betrayed by her friends, had an emotional breakdown. After she threatened to harm herself, the makers asked her to leave the house. READ MORE

RRR Mass Anthem is out now

Alia Bhatt shared RRR Mass Anthem and wrote, "Dance your ♥️ out to the mass anthem of the decade 💃."

Shoot Mode on 🎬
Super excited to start my #Ganapath journey as Jassi with full on action 🙅 and loads of fun as I begin with the UK schedule 🎥
Get ready for a dhamaka 💥@iTIGERSHROFF @vashubhagnani #VikasBahl @jackkybhagnani @honeybhagnani @poojafilms #GoodCo pic.twitter.com/f3ZJXsgB94

"Shoot Mode on 🎬 Super excited to start my #Ganapath journey as Jassi with full on action 🙅 and loads of fun as I begin with the UK schedule 🎥 Get ready for a dhamaka 💥," wrote Kriti Sanon sharing a video.

On Patralekhaa's birthday this year, the doting boyfriend Rajkummar Rao shared a click of the actor and wrote, "Happy birthday my love @patralekhaa. You are the most gorgeous and kindest girl ever. The best daughter, best partner, best sister and the best friend, You inspire me everyday. Thank you for being my strength. May God bless you forever and you get all the happiness and success in the world because you totally deserve them. मेरे मुस्कुराने की वजह तुम हॊ❤️❤️❤️❤️❤️❤️."

Unveiling the Title and First Look of my new movie 'Monster' directed by Vysakh, scripted by Udaykrishna and produced by Antony Perumbavoor under the banner of Aashirvad Cinemas.
The movie starts rolling today!#Monster #FirstLook @antonypbvr @aashirvadcine pic.twitter.com/MHCb9N7S6o

Mohanlal shared via Twitter, "Unveiling the Title and First Look of my new movie 'Monster' directed by Vysakh, scripted by Udaykrishna and produced by Antony Perumbavoor under the banner of Aashirvad Cinemas. The movie starts rolling today!"

Keep your woofers ready for the blast at 3 PM💥💥 #RRRMovie 💥💥🤩 pic.twitter.com/6JzLQy1asI

The latest post on RRR Movie's Twitter page read, "We are releasing #RRRMassAnthem an hour earlier than planned because we can’t wait for you all to listen to the beats and groove along our dancing dynamites🕺🕺 Keep your woofers ready for the blast at 3 PM💥💥#RRRMovie 💥💥🤩." 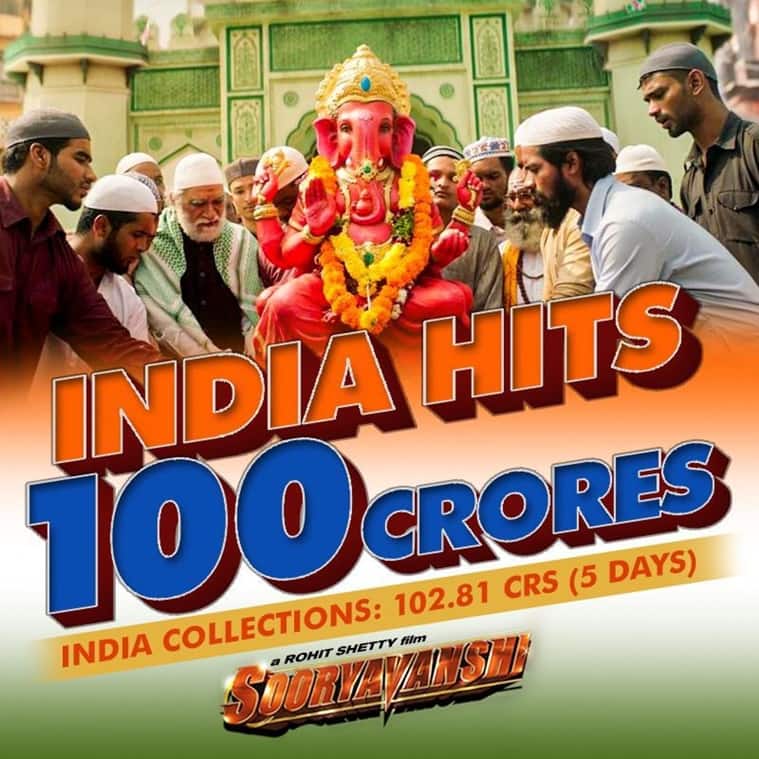 As per the latest box office update of the Akshay Kumar-starrer Sooryavanshi, the film has managed to cross the 100 crore mark. Sooryavanshi's collection at the Indian Box office in five days of release is pf Rs 102.81 crore.

Soon-to-be bride Patralekhaa shared a series of her selfies with the caption, "Sunshine🔆." Farah Khan wrote in the comments section, "Beauty ❤️."

Have a look at Ranveer Singh's airport outing 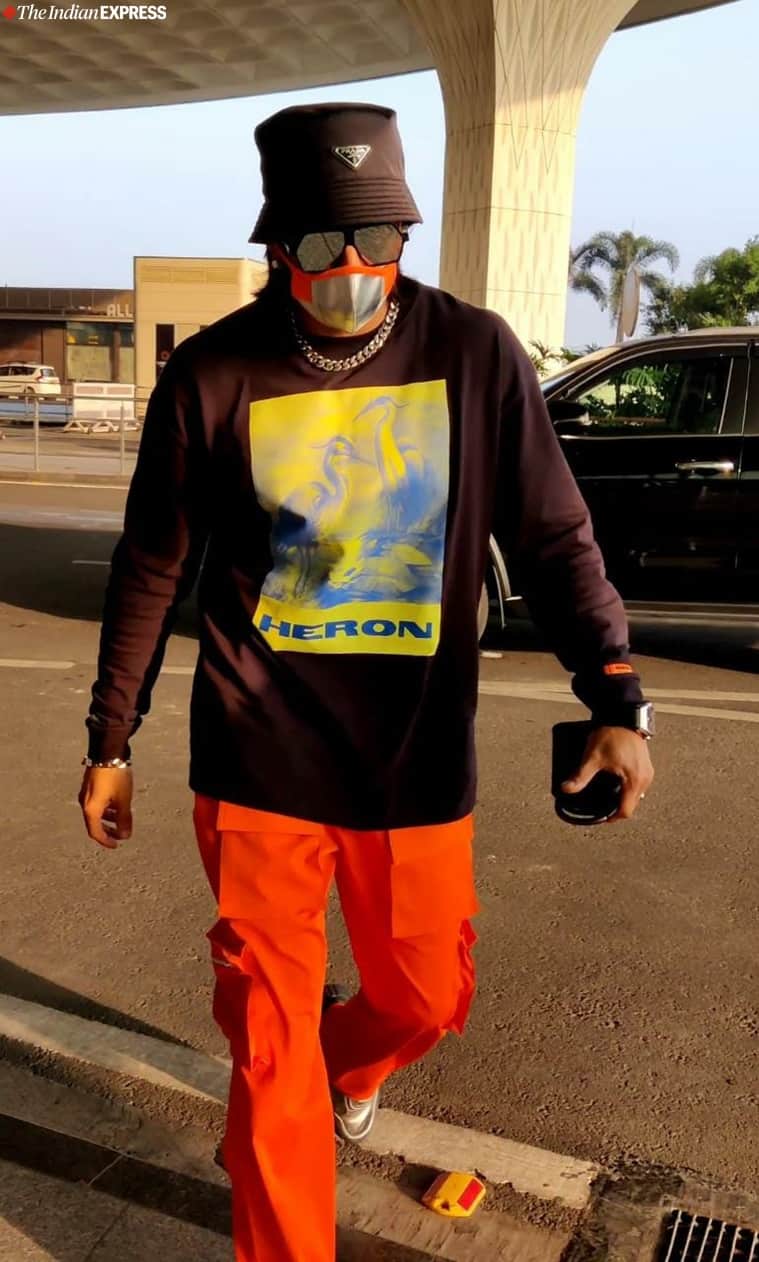 Ranveer Singh was clicked this morning at the Mumbai airport. (Photo: Varinder Chawla)

Movie star and Eternals actor Salma Hayek has also said she got extremely emotional when she saw herself for the first time in the superhero costume, the actor said in a recent interview with Despierta America. Salma plays the Eternals leader Ajak in the Marvel Cinematic Universe feature.