‘Dulquer Salmaan was a quiet student, Varun Dhawan wanted to do everything’: Acting coach Saurabh Sachdeva on making of an actor

What goes into making of an actor? Acting coach Saurabh Sachdeva, who has trained actors like Varun Dhawan, Arjun Kapoor, Dulquer Salmaan and Richa Chadha, along with Barry John, speaks about the journey and the need for imagination. 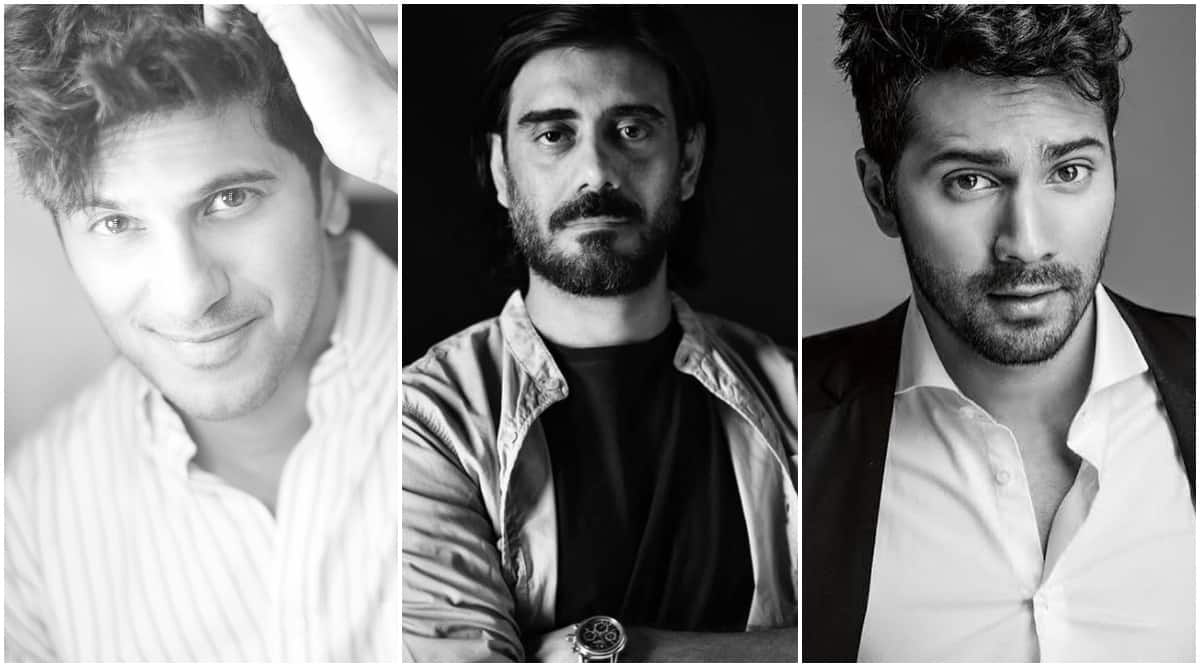 For someone who never wanted to be an actor or an acting coach, Saurabh Sachdeva has mentored quite a few of budding actors and played interesting roles in films such as Manmarziyaan, Laal Kaptaan and web-series like Netflix’s Sacred Games and Zee5’s Raat Baaki Hai, among others. The actors that he has trained, either individually or as a part of Barry John’s team, include Varun Dhawan, Arjun Kapoor, Richa Chaddha, Dulquer Salmaan and Tripti Dimri.

Saurabh’s story is a tad-bit filmy, he started modelling because he wanted to be famous, and hold onto his girlfriend. She was leaving him and he thought fame could work as a glue between them. Well, that didn’t work out but he found his passion for acting. One of his teachers from Lucknow suggested that he should join Barry John’s acting school and it was at the acting school that Saurabh realised that acting was not about being famous, but about expressing himself. A private person otherwise, acting and theatre allowed him a way to express himself. One thing led to another and he found himself teaching future actors, and sometimes picking up an acting job himself.

In an interview with indianexpress.com, Saurabh talks about the techniques that aspiring actors need to learn to make their mark. He also shares anecdotes from the time he taught Varun Dhawan, Arjun Kapoor, Richa Chadha and Dulquer Salmaan, among others.

Q) You have trained actors like Varun Dhawan, Arjun Kapoor, Richa Chadha, Dulquer Salmaan, some of the most popular actors we have in films today. What memories do you have of them, and now that you see their work, what is the feeling like?

Most of them did the course when I was with Barry John, so it was not my independent class, but I was also taking the class with Barry sir. How do I see them now? What I remember is that all of them were very persistent and it had nothing to do about where they were coming from. They were very honest with themselves, they knew “ke mujhe toh yeh karna hi hai.”

They were dedicated and they wanted to do something. Today, they understand the industry so well, more than I’ll ever do, they keep evolving, every time I see their work, they are picking something new and following their passion.

Dulquer Salmaan: He was a very quiet student, he was not too talkative and very observant. He would watch things and learn. He would never talk over someone, he would listen to everyone’s views. He was a very calm and relaxed student, maybe it was his upbringing , the world he was coming from. He was not aggressive, but very much there as if he was in a zen mode. He was not passively there, he was actively there and ready to act.

Richa Chadha: Richa was very intelligent, she could and still can talk about any topic in this world, she is well informed and out there, and that’s what works for her even today. I used to look up to her as she was so well read, so self aware and aware about things happening in the world, and her questions were so intelligent, interesting and genuine. If you spoke to her, you’d feel that you’re talking to a very evolved and empathetic person. She has a good balance between her emotional quotient and intellectual quotient, and that’s one of her biggest strengths as an actor. She used to come across as a very confident person who would meet everybody in the industry to make sure that she gets work.

Tripti Dimri: A very curious student, one of my most recent ones too. She used to sit in the front row and her eyes would be wide open. She would quietly listen to everything and it would feel like she is making notes of everything happening in the class. She was very open to take things in and very relaxed and yet passionate to learn.

Arjun Kapoor: He would stand far away, behind everyone else. The kind of knowledge he had about films was so vast, seemed like he was educated in film studies. He would have watched almost every film, international ones too.

Varun and Arjun were both in the same class, and while they were so good, they both were also lifting others up and encouraging everyone to do well. They had not done any work, but people knew where they were coming from, but both of them never had any airs. They made sure everyone was comfortable around them. Arjun was the quiet one, he wanted to talk more about films, and Varun was always on his toes, even if he sat, he would sit in a way that he could spring up every time there was an opportunity to act. Even if someone else did a scene, he would later do it by himself, in his own way.

Q) What is the first step that any struggling actor needs to take if they want to leave an impression?

We have students who aspire to be actors coming from all over the country. The first thing we focus on is to understand who they are and not what they want to be. They aspire to be like someone they idolise and that not what acting is about. Actors can’t be made on Xerox machines, we have to bring their true personalities out. For that we do exercises to explore their own selves and find out who they really are and be relaxed as they express themselves fully. We try that our students do not try to put on an image which comes due to childhood conditioning, pressure and insecurities.

The second technique we follow is Stephen Book’s technique where we tell the actor that there is always more to do. In this technique there are three types of doing — outer doing, where one physically does things like drinking water from a glass or act with a prop, vocal doing is where people act through their voice, and inner doing is about thinking, questioning and answering. All these three techniques involve the body, mind and speech.

One also needs to train one’s imagination. To be an actor, one needs to break the boundaries that we build around ourselves and allow ourselves to indulge in imagination.

These are life lessons, making of an actor is all about making of a better human being. The training has to be inspired from life otherwise people won’t relate to actors.

Advertisement
Also read |Konkona Sen Sharma: We are too focused on religious divides, we really need to come together as a country

Q) There are struggling actors everywhere in Mumbai. How many students would turn out to be successful actors after taking an acting class?

I am not going to lie that everyone becomes an actor. I have had so many students but today they are nowhere to be seen. But when they do the class, they feel excited for their journey. Self growth is equal to happiness, and most students leave the class with that kind of self development. Students leave with all their senses open and an open mind. They become more curious about life and that’s the first step to becoming an artist, an actor. For an actor it is very important to have a child-like curiosity.

But to be an actor, one needs a lot more training and a lot more time, one acting course won’t do magic. You have to work on your body, and your voice, imagination, sensitivity, understanding the script.

Q) When a student enters your class, you you sense potential in them instantly, would you know who can and cannot become a successful actor?

That would be very judgemental of me to do that. That’s too egoistic. That’s not how it works. It takes a lot of time to understand people. Everyone of us have different qualities, and my job is to recognise their best and enhance those qualities. It is important to find out own individuality and uniqueness, otherwise how will we ever have actors? We can’t give them a syllabus to study, it is their uniqueness that make them actors. And, hence to find out the best in them I also have to keep my eyes and ears open, my mind open, and keep away from comparing one student to another, because every student is a different person. Making of an actor is a very deep process, a slow process.

Initially when I had just started training, there was an arrogance that I know it all, but then I realised that by doing so I was spoiling my own art, and I understood the importance of taking responsibility of my students. As an artist I should be curious about people, and that process of finding their weaknesses and strengths takes time.