Janhvi Kapoor and Ishaan Khatter starrer Dhadak has hit the screens finally. Directed by Shashank Khaitan and produced by Karan Johar’s Dharma Productions, Dhadak is an adaptation of the Marathi blockbuster Sairat, which had featured newcomers Rinku Rajguru and Akash Thosar in the lead.

The movie is expected to bring in the big bucks at the box office as it is the first time the audience will get to see late Sridevi’s daughter in action on the big screen. However, only time will tell if the Karan Johar movie will be able to repeat the success of Sairat.

Sairat was set in rural Maharashtra, and takes its young leads to a slummy outpost in Hyderabad. Parshu and Archi learn the hard way that you can run, but not hide, and lead us to one of the most wrenching climaxes in the movies. Dhadak gives us Udaipur and Kolkata and glossed-up grunge, and provides Madhukar and his ‘oonchi-jaat’ love Parthavi some tough times via her snarly father (Rana), which they ride over so easily that the end is not earned enough.

Also read | Dhadak review: There is no ‘dhak dhak’ in this Janhvi Kapoor and Ishaan Khatter starrer

"Yesterday I saw #Dhadak. Based on honour killing. Both the actors #JanhviKapoor & #IshaanKhattar has acted in a matured manner as if they are not new comers but veterans in the field of acting. Congratulations to both of them #DhadakReview @karanjohar @SrideviBKapoor," tweeted politician Amar Singh.

Race 3 actor Saqib Saleem watched Dhadak and wrote, "Dhadak first makes your heart beat fast and later, makes it skip a beat! Such a beautiful, heartwrenching film. Ishaan n Jahnvi are naturals and as real as it gets... loved it @ShashankKhaitan & @karanjohar."

Singer Armaan Malik tweeted, "Wishing #Ishaan & #Janhvi all the very best with #Dhadak. I exactly know how it feels to make a debut at a young age & with such a dream project. Haven’t seen the movie yet but going by the trailer & songs I’m certain that the industry has got itself two new amazing actors ♥️."

Barring a few patches, Dhadak has neither requisite drama nor authenticity. It underlines all its scenes with blaring background music, to tell us how to feel. It doesn’t work, not as an official copy of Sairat, nor as a standalone Bollywood romance. There is, I’m afraid, no ‘dhak dhak’ in this Dhadak.

Also read | Dhadak review: There is no ‘dhak dhak’ in this Janhvi Kapoor and Ishaan Khatter starrer

Thanking the team of Dhadak for all the hard work, Karan Johar tweeted, "Am so proud of @ShashankKhaitan and the kids who have worked with all their heart to create the required #dhadak! This trio is special to all of us at @DharmaMovies ! Thank you for your energy! Your enthusiasm and your amazing spirit! #Janhvi #Ishaan."

In an interaction with indianexpress.com, Dhadak director Shashank Khaitan said, "When I saw Sairat, I was inspired as a filmmaker. I wanted to share that story in my own language. But of course, I have kept to the essence of Sairat. It’s a story that resonated with so many people. Also, I felt, what Sairat communicated — it should be said reiterated and shared constantly.”

Karan Johar’s box office game has been fairly decent in the past, thanks to Badrinath Ki Dulhania, Ae Dil Hai Mushkil and Kapoor & Sons. Here’s how his last five production ventures have performed at the box office:

The Alia Bhatt and Varun Dhawan starrer made a lifetime collection of Rs 116.68 crore at the box office. The movie was written and directed by Shashank Khaitan. It received a warm reception from critics as well. Badrinath Ki Dulhania released on March 10, 2017.

The film, which starred Ranbir Kapoor, Anushka Sharma, and Aishwarya Rai in pivotal roles, hit the big screen on October 28, 2016. Its total collection stands at Rs 112.48 crore. The film was hailed for its performances and music.

In an interview with indianexpress.com, Ishaan Khatter narrated, "I met Karan (Johar) first on the sets of Jhalak Dikhhla Jaa, where my brother (Shahid Kapoor) was his co-judge. Later, he asked me to meet him in his office. He wanted to know me and understand if I was capable of performing. We met again a couple of times before he made his decision. I asked if I could meet Shashank (Khaitan). I really liked his first film (Humpty Sharma Ki Dulhania). I wanted to learn about his process because he also writes his films. One day, he told me that he intended to remake Sairat in Hindi with me as the lead. At that point, I hadn’t seen Sairat, but then when I saw it, I was consumed by its narrative. It’s been crafted so well and has beautiful performances. It’s a very powerful film and I remember after watching it I couldn’t speak for the longest time."

Also read | ‘You are only as good as your opportunities’: Ishan Khatter

Celebrities at the screening of Dhadak 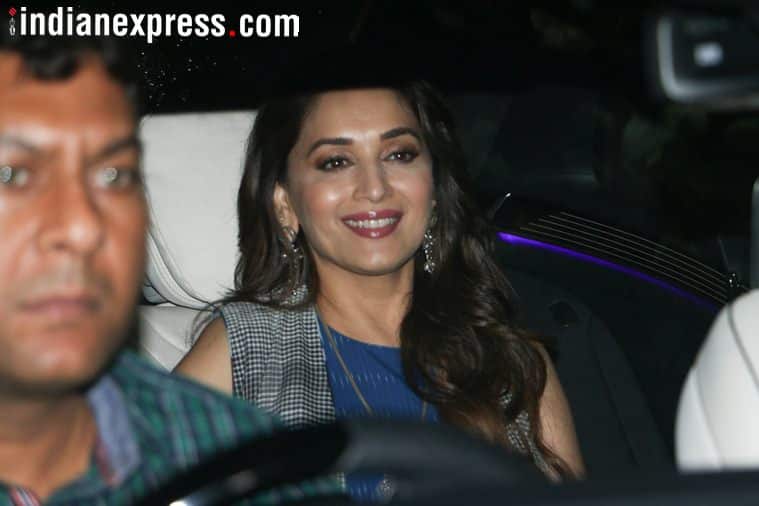 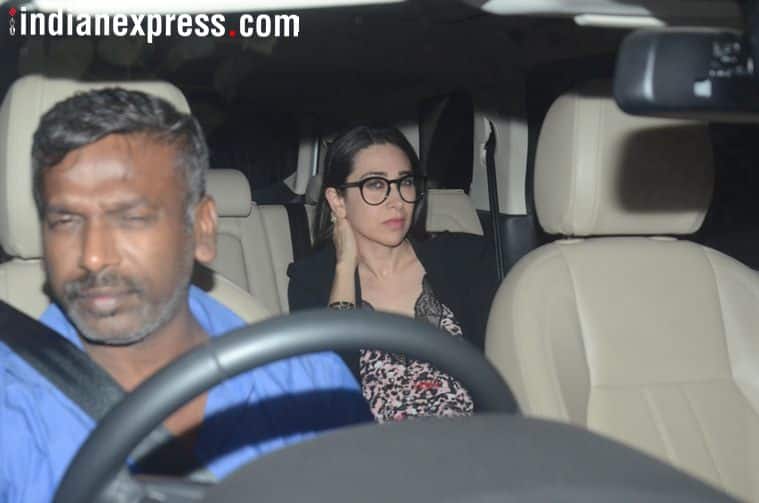 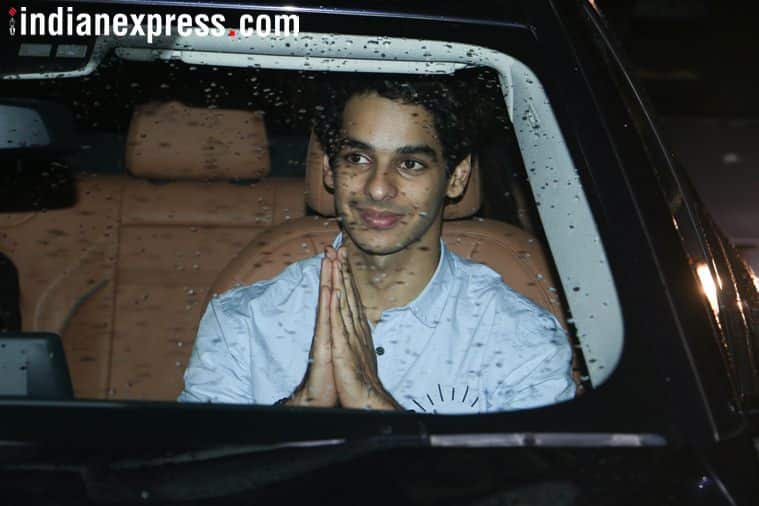 Dhadak is straight from the heart, says Kartik Aaryan

Kartik Aaryan said, "#Dhadak is straight from the heart. Janhvi and Ishaan are so endearing and so good. @ShashankKhaitan you have done it again... loved it👌❤ @karanjohar @DharmaMovies"

Ashutosh Rana on his character in Dhadak

Also Read | Dhadak actor Ashutosh Rana: Janhvi Kapoor is a volcano ready to burst, she will blow your mind

Now my Bachchas belong to the world, says Shashank Khaitan

"#Dhadak out today ... #Janhvi #Ishaan ... now my Bachchas belong to the world ... love u both ... have had the best time making this film with the two of you... its a film I am really proud of and both of you have made your families proud... @karanjohar love you and thank you ...," Dhadak director Shashank Khaitan posted on Twitter.

Indianexpress.com's Komal says, "Dhadak is nothing close to the intensity of Sairat. However, Dhadak is not bad. Infact, I was quite surprised with the twists towards the end. Shashank Khaitan has surprised me totally, and that too pleasantly. If one compares this film with Sairat, it is quite underwhelming, but it has a North India appeal and the film is made for that. It is not made to show the actual problem. Dhadak is just a 'Bollywoodized' version of Sairat, with beautiful music. It lacks soul. Ishan and Janhvi seem decent. Janhvi reminded me of Sridevi with her beautiful almond eyes. It was nice to see her on-screen."

#Dhadak is heart! Effervescent and earnest.. #Janhvi & #Ishaan your innocence & energy pulsates through n through.. Such an endearing and touching experience! @ShashankKhaitan @karanjohar @DharmaMovies @ZeeStudios_

Commenting on Dhadak, Angad Bedi tweeted, "@karanjohar what an eye for emerging talent you have.👏👏✊ everyone @DharmaMovies will feel like a proud parent. @apoorvamehta18 @ShashankKhaitan the man of the heartland.. how well you capture performance and emotion.👌 this is sheer class... Proud moment for @SrideviBKapoor to see his daughter excel in every department in #DHADAK blessings are there from up above🙏. and for @rajeshkhattar @imIshaanKhatter his energy and smile are infectious. #dhadhak."

The trailer of Janhvi Kapoor and Ishaan Khatter starrer Dhadak has 43 million views so far. This is indicative of how excited the viewers are to witness the magic of a fresh romance on the silver screen.