Bhediya actor Deepak Dobriyal on his favourite scene from film, ‘acing’ the accent: ‘The biggest compliment came from…’| Scene Stealer

Today, we chat with the versatile Deepak Dobriyal, who gets candid about playing a man who has lived a major chunk of his life in Arunachal Pradesh, in Amar Kaushik directorial Bhediya. Deepak Dobriyal in a still from Bhediya.

There are many things to like about the newly released (it’s a week old now so there might be some spoilers ahead) Bhediya. Its performances, the general fun and joy that it fills you up with without getting too preachy, and Amar Kaushik’s direction — his sheer ability to make a promising spectacle out of a somewhat underwritten script. Speaking about the performances, it is important to mention that while lead star Varun Dhawan was credible enough, it was Abhishek Banerjee and Deepak Dobriyal who made the simple dialogues and simpler storyline sing.

While there are multiple moments in the movie which I had a blast watching (one of the highlights being a ‘cameo’ by composer-actor Himesh Reshammiya), Deepak Dobriyal himself chose an over the top but effective soulful moment from the climax of Bhediya when asked about his favourite scene from the feature. Towards the end, Varun’s character has to turn into a Bhediya, this time not because he cannot help it, but because he has to. Banerjee and Dobriyal’s characters are seen trying to incite, inspire and evoke some kind of magic with their words in order to motivate Varun’s Bhaskar.

Nothing works, until Deepak Dobriyal says that instead of seeking to be inspired from any external force, Bhaskar should search for the light inside. He should think of the forest and himself as one living, blooming being. The switch happens moments later, of course. Speaking about it, Deepak told indianexpress.com, “(I liked) the way he inspired it. Aapke andar hai sab kuch (everything you need is inside you). Unlock that part of yourself; gimmicks se soul nahi aayegi, soul ke taraf jao (Move towards the soul, seek inspiration there and not via any so-called magical stunt). That scene is about awareness, ki Dilli ka contractor hai, who can manipulate, but he also has a heart.”

Deepak plays Panda in the film, a contractor from outside of the state who has been living in Arunachal Pradesh for a long time, so much so that he speaks Hindi with a thick accent. Interestingly, filmmaker Amar Kaushik was also born in Arunachal and his younger brother has spent a good chunk of his life there. When asked if he was given any brief about his character, as Panda is often called out as a ‘baharwala’ (an outsider) in the film, the actor said he was not given any specific note.

“No, (there was) no brief. That was my interpretation, that people wherever they live, are proud of their state. They cannot help it, that becomes their mindset and that is what I wanted to show, but not aggressively, isliye maine bada cute sa rakha hai wo angle (That is why I have put it in the film in that fashion). The biggest compliment which I received came from Amar’s (Kaushik) younger brother, who has become my fast friend. He asked me, ‘Exactly aapne accent kaise pakda? Aisa hi bolta hai sab log‘ (How did you ace that accent? That is exactly how everyone speaks here in Hindi),” said the actor.

Deepak elaborated on how he modulated his voice to sound a certain way and said, “There was no dialect coach, it (the accent) came through osmosis. Main 24 ghante aise hi bolta tha (I used to speak like this constantly). People who had not met me thought I spoke like that. There are actually 24-25 primary tribes there and they don’t know each other’s language and Hindi is something they can all speak. Bohot pyaari Hindi hai unki (They speak Hindi so sweetly). I started shooting for Bhediya immediately after wrapping up Good Luck Jerry, so there was really no time to prepare.”

Despite the limited time frame, the actor jumped at the chance to do the project as the story seemed promising, the film was brimming with potential. And yes, there was that trip to the North East, an area of the country Deepak had hardly explored: “It was an interesting concept. And I loved it there. I have made lifelong friendships there, people I am still in touch with,” Deepak signed off.

A cautionary tale, a fable about man and nature, and a silly, goofy fun time at the cinemas; Bhediya is an experiment worth experiencing. The film is currently running in theatres. 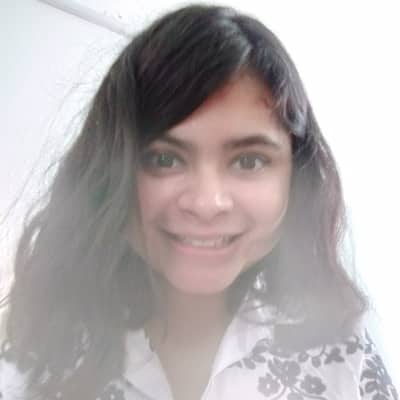