DDLJ is like an albatross around Aditya Chopra’s neck. Will Befikre change that?

The invisible Aditya Chopra may be the most powerful man in Bollywood but his directorial work is unexceptional with Befikre as his next film. And then there’s the question of DDLJ – will he ever outgrow his landmark debut? 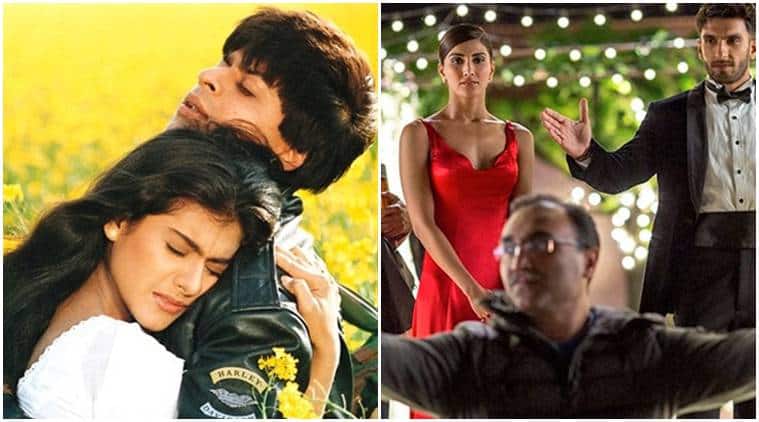 Aditya Chopra has suggested that with Befikre he wants to break from the DDLJ formula.

In a rare statement to the press Aditya Chopra called Befikre, opening today, “my second first film.” The world has changed, he said, and so have the “definitions of love.” The film stars Ranveer Singh and Vaani Kapoor, the YRF inner circle members and marks the return of Chopra, director of the magnum opus Dilwale Dulhania Le Jayenge, to the helm after eight years of silence. Much of his life, he has not only remained silent but also unreachable and invisible. Unlike his friend and wingman Karan Johar who seems to have a sweet tooth for spotlight and a natural flair for celebrity, Chopra makes few films and almost no public appearances.

When he married actress Rani Mukerji he opted for a quiet ceremony in Italy. This has led the media to brand him a recluse, which is misleading. If indeed he is a recluse as the media wants us to believe, how can he direct a movie with hundreds of crew members? Is he not shy in front of them? So, the recluse bit is baloney. Plea for privacy is one thing. To be the most powerful man in Bollywood and still shun all the trappings of a famous life is another.

As Yash Raj Films’ head honcho, nobody can deny Chopra’s status as the great unseen force in Bollywood who exerts immense cultural influence, given the soft power of YRF hits. That ‘Befikre’ has become a talking point both in the media and within the industry is more a tribute to Chopra’s clout than his filmmaking talent. An updated version of boy-meets-girl which would have starred Shah Rukh Khan and Kajol in another time, Befikre promises to be no different from any previous Chopra fare.

Amusingly, someone on social media compared it to Neal ‘n’ Nikki, a box-office bomb starring the Chopra scion, Uday. Swap SRK (or Uday Chopra, if you will) with Ranveer Singh and Swiss Alps with the Seine and you have Befikre. The film’s title is shorter, which is understandably disappointing for the acronym-happy who thought calling ‘Dilwale Dulhania Le Jayenge’ as DDLJ was a cool thing.

Chopra has suggested that with Befikre he wants to break from the DDLJ formula. It’s the kind of film he would have made if he were 23, the tender age when he directed DDLJ. “I’m stepping out of my comfort zone,” he said in a statement to promote ‘Befikre’, adding that at 45, he is unlearning everything and “trying to figure out if I’m still relevant to the youth today.”

For that, look no further than dad Yash Chopra, the evergreen king of romance whose films were youthful. The man was just as popular with the oldies as with the young generation. Like his father, Chopra Jr’s great fascination is love. Their films are Punjabi in spirit and the characters veer precariously between modernity and tradition. The rural Punjab of the Partition-affected Yash Chopra’s fantasy (1961’s Dharmputra was his response to the Indo-Pak split on religious lines) haunts his son’s work equally.

Watch making of a song from Befikre

The rich NRIs who dominate Aditya Chopra’s films could very well be the off-springs or grandchildren of the affluent Punjabis from Yash Chopra’s cinema. They made it big and sent their children abroad hoping that they would return someday as ‘Indians’ and not British, Canadian or American. Voila, they did return – as Raj and Rahul – to reclaim their Indianness. Chopra’s first film, DDLJ, articulated the diaspora’s dilemma. Considered a milestone in Hindi cinema (though the film is not without its share of critics who have lambasted it for its hidebound conformism and patriarchy) DDLJ is also a nod to the Manoj Kumar brand of patriotism.

From whatever little we know of Aditya Chopra, his major influences include Manoj Kumar and Raj Kapoor. Reportedly, the Chopra household retains a soft spot for Raj Kapoor’s Nehruvian-era classics. It’s worth pointing out that Yash Chopra’s elder brother, BR Chopra, was a champion of socialist cinema. The late Chopra learnt from his elder brother and only much later broke away from the joint family to start his own banner. Yash grew up worshipping BR, who was elder to him by eighteen years. It is why many of Yash Chopra’s earlier films bear an unmistakable BR stamp. It’s much later that he switched tracks and started making films that expressed an unabashed consumerist ideology.

But even then, the legendary filmmaker remained wholeheartedly dedicated to, and even hopeful about, love and relationships. The young Chopra inherited his father’s romantic themes but could not take it forward or add to it in his capacity as a director. Besides DDLJ, both Mohabbatein and Rab Ne Bana Di Jodi failed to live up to their hype.

Raised in a family of imposing filmmakers, it’s no surprise that as a young boy Aditya Chopra thought everybody in the world did nothing but make movies! In Nasreen Munni Kabir’s ‘Aditya Chopra Relives… Dilwale Dulhania Le Jayenge’, Chopra compared himself to Sooraj Barjatya and Mansoor Khan (long retired), two important contemporaries. “I saw myself somewhere between these two directors. I was probably not as rooted as Sooraj, but more rooted than Mansoor, not as westernised as Mansoor, but more westernised than Sooraj.”

Frankly, Chopra outclassed both Khan and Barjatya in terms of ‘success’, as the way most people view success. He runs YRF, the biggest banner in the country and helped open up the NRI market, which was previously unavailable to filmmakers except, maybe, Yash Chopra. He has much to thank the two Manmohan Singhs for – one who pushed the process of economic liberalization in 1991 and the other who shot his first two films, DDLJ and Mohabbatein.

If Chopra were in Hollywood, he would be called ‘the Suit.’ Those who follow American cinema would know that they have a constant battle between ‘the Suits’ and ‘the Talents.’ The Talents refer to directors and auteurs while the Suits are the studios. But Chopra operates in Bollywood where you can be both at the same time, a curious position he occupies along with fellow moguls like Karan Johar and Vidhu Vinod Chopra.

But as his empire expands rapidly it’s nibbling away at his personal cinema. His last film, SRK-starrer Rab Ne Bana Di Jodi was an earnest effort but unexceptional. And then there is the troubling question of DDLJ. Chopra has basked in its reflected glory for far too long. He is now in need of a new trick. Every interview and article on Chopra contains an inherent complain: Why has he failed to recapture DDLJ’s magic in his subsequent films? Unfortunately, DDLJ, billed as the longest running film in the history of Indian cinema, has become an albatross around his neck.

Watch making of a song from Befikre

For a filmmaker who takes as long to make a film as Chopra does there is no excuse for mediocrity. For his critics, the problem with a director like Aditya Chopra is how to make a fair assessment of his directorial output based just on three films? By comparison, Yash Chopra was flamboyantly prolific and versatile. Chopra Jr lacks the vast output, the storytelling range and the musical and visual splendour of his late father. But there’s one thing Chopra is actually good at. He has proved to be a shrewd businessman.

As a producer, he’s indirectly responsible for some of the biggest critical and commercial hits in Bollywood, including Chak De India, the Dhoom series, Ek Tha Tiger and Sultan. The changing ethos of YRF from the slick star vehicles to a marked shift towards more earthy and endearing cinema like Ishaqzaade, Dum Laga Ke Haisha and Shudh Desi Romance with a special focus on small town India is a testament to Chopra’s ‘ear to the ground’ quality.

Not surprising then, his real contribution lies not in direction, but in production and especially in the field of launching, grooming and controlling new talent on the lines of the golden-age Hollywood studio bosses. Ranveer Singh, Anushka Sharma, Parineeti Chopra, Maneesh Sharma, Habib Faisal, Jaideep Sahni, Arjun Kapoor. The list of his protégés is virtually endless. Star-making is a rare talent and Mr Chopra has that in abundance.
(Shaikh Ayaz is a writer and journalist based in Mumbai.)