Here is the list of actors who not only charmed as lead characters but also delivered moneyspinners.

From the established stars to Gen Next, several contenders made it to the popular category for the upcoming 21st Annual Life OK Screen Awards.

As we gear up for this edition of the Annual Screen Awards 2015, we offer you a choice of actors and actresses to be awarded by Popular Choice. These include Aamir Khan, who played the alien in new hit, ‘PK’, Amitabh Bachchan as the friendly ghost in ‘Bhoothnath’ and Shahid Kapoor for his brilliant portrayal of ‘Haider’.  (Vote for Best Actor Male & Female in the Popular category here)

Among the ladies, we have Kangana Ranaut as the brave, fun, left-at-the-alter bride in ‘Queen, fearless cop Rani Mukerji in ‘Mardaani’ and Deepika Padukone who played the Maharashtrian bar dancer in ‘Happy New Year’.

From the established stars to Gen Next, several contenders made it to  the popular category for the upcoming 21st Annual Life OK Screen Awards.

Here is the list of actors who not only charmed as lead characters but also delivered moneyspinners. Readers can vote for their favourites in the two Popular Choice Awards – Best Actor (Male) and Best Actor (Female).

Aamir Khan, ‘PK’
As the alien who lands on earth to do a study on humans, Aamir Khan endeared himself to the audience. Like last year, once again Khan kept the film’s promotions to the minimum, revealing neither its story nor doing interviews. PK broke all records in the first weekend itself!

Ajay Devgn, ‘Singham Returns’
No one does action better than Ajay Devgn and he proved it in Singham Returns. Devgn reprised his role of Bajirao Singham with elan in the sequel to Singham. While the film was praised for director Rohit Shetty’s high-octane action scenes, it was the trigger happy Devgn, who made quite an impact on the audience.

Akshay Kumar, ‘Holiday: A Soldier Is Never Off Duty’
South director A.R. Murugadoss presented Akshay Kumar as the vigilant and fearless army officer in the most dramatic manner. Kumar, on his part,delivered and how! The film was a huge success at the box-office with a `100 crore plus collection and the actor got a major hit.

Amitabh Bachchan, ‘Bhoothnath Returns’
Once again Amitabh Bachchan excelled in the supernatural comedy where he played a ghost, who is mocked in the Bhooth world for his inability to scare children and sent back to earth to redeem himself. The film was loved by many of Big B’s fans.

Arjun Kapoor, ‘2 States’
As the quiet and serene Punjabi boy in 2 States, Arjun Kapoor displayed a new side to his acting ability after playing the rugged Parma in Ishaqzaade. The audience approved and cheered the lanky Kapoor and the film entered the `100 crore club.

Hrithik Roshan, ‘Bang Bang’
Once again Hrithik Roshan endeared himself to the audience with his Greek God looks and breath-taking action stunts as a man on a mission. It wouldn’t be wrong to say that he was one of the biggest reasons to watch Bang Bang which was one of the highest grossers of all times.

Ranveer Singh, ‘Gunday’/’Kill Dil’
From playing the intense lover in last year’s Ram-Leela to an outlaw, both in Gunday and Kill Dil, Ranveer Singh displayed his versatility as an actor. While Gunday was a hit, Kill Dil did not do well at the box-office, but the actor certainly impressed as the stylish killer.

Salman Khan, ‘Kick’
Salman Khan’s act as the fun-loving and adventurous Devil in Kick worked well with the audience and once again the undisputed king of the masses ushered in a business of `100 crore plus.

Shahid Kapoor, ‘Haider’
After playing the regular hero roles, Shahid Kapoor took the audience by surprise playing the many layered Haider. The actor transformed from a student to a cynical youth full of angst and anger with ease in the film and critics labeled it as one of his finest performances. The film also found a place in the ` 100 crore club. (Vote for Best Actor Male & Female in the Popular category here) 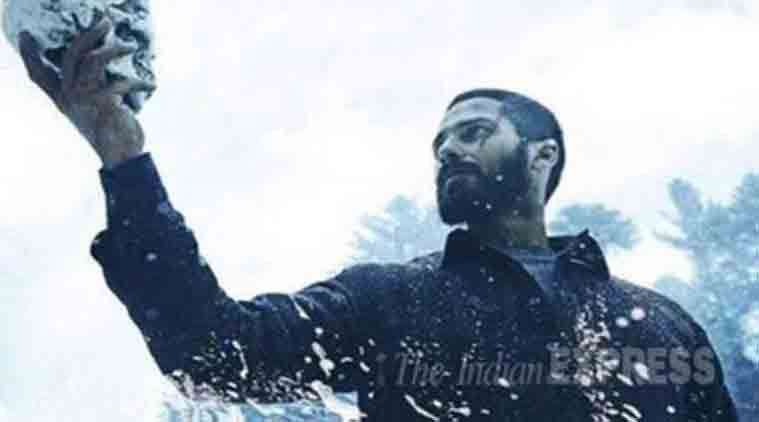 Shah Rukh Khan, ‘Happy New Year’
Even though the film had an ensemble cast, it was Shah Rukh Khan as the irrepressible Charlie in Happy New Year, who charmed the audience. On his part, the actor seemed to have had a ball playing his character. The dance-heist drama turned out to be a number cruncher at the box-office.

Sidharth Malhotra, ‘Ek Villain’
Be it the loyal lover boy in Hasee Toh Phasee who believes that once you are committed there is no straying, or the hit-man in Ek Villain, Sidharth Malhotra was in the news for both the films, the latter entering the `100 crore league. Clearly one of the interesting actors who made a mark this year.

Varun Dhawan, ‘Humpty Sharma Ki Dulhania’
Varun Dhawan’s character of Humpty is one role that cine-goers will not forget in a hurry! The charismatic actor played his character unabashedly and set all the female hearts aflutter. Dhawan is definitely proving to be an actor to look out for in the younger lot.

Anushka Sharma, ‘PK’
Anushka Sharma, who went in for a make-over as the fearless journalist in PK, left an impact with her performance and screen presence despite being pitted against Aamir Khan. Sharma is now a much in demand actress.

Deepika Padukone, ‘Happy New Year’
As the Maharashtrian bar dancer, Mohini, Deepika Padukone once again proved that she is an actress to reckon with. Despite the interesting ensemble cast of the film, Padukone was noticed for her vivacity. Not to mention that the film was one of the biggest grossers of the year.

Jacqueline Fernandez, ‘Kick’
Even as the geeky psychiatrist in Kick, Jacqueline Fernandez wove her charm over the audience. Playing the lead opposite Salman Khan in the film that received a mixed review from the critics, the film skyrocketed the actress to the `100 crore league.

Kangana Ranaut, ‘Queen’
Kangana Ranaut’s portrayal of the under-confident Rani Mehra to a woman who knows what she wants, swept the audience and the critics off their feet. The film, which picked up primarily because of word-of-mouth, was considered a hit.

Kareena Kapoor Khan, ‘Singham Returns’
Kareena Kapoor Khan slipped under the skin of her character Avni Kamat, the bubbly city girl who falls for a policeman. Khan kept the audience glued with her antics as the Maharastrian girl while the film went on to pack a punch at the box-office.

Katrina Kaif, ‘Bang Bang’
She had just one release this year but Katrina Kaif proved that she can leave an impression. Kaif was talked about for her glamorous and sensual role as Harleen in Bang Bang, not to forget she was once again part of one of the highest grossing film of Bollywood.

Parineeti Chopra, ‘Hasee Toh Phasee’
Parineeti Chopra’s experiment with this quirky comedy where she plays an intelligent geek, Meeta, paid off majorly. She even went in for a make-over for her role. Not only did she endear herself to the audience, the film also went on to become a hit at the box-office.

Priyanka Chopra, ‘Mary Kom’
If anyone has worked on a role extensively, it is Priyanka Chopra. The actress went all out to play the role of boxer Mary Kom and her preparation showed on screen. The actor wowed the audience and the film at the box-office.

Rani Mukerji, ‘Mardaani’
As the fearless Shivani Shivaji Roy, a cop who refuses to give up, Rani Mukerji proved she is an actress to reckon. The film went on to become a hit proving that an actress can also have their sway over the box-office.

Shraddha Kapoor, ‘Ek Villain’
Once again Shraddha Kapoor proved that she has the makings of a versatile actress as she charmed the critics and the audience in the role of the free-spirited Aisha. With Ek Villain, Kapoor entered the `100 crore club.

Sonam Kapoor, ‘Khoobsurat’
As Milli Chakravarty, a physiotherapist, Sonam Kapoor was a lot like her usual self, suitably perky and giggly. The film rested on her delicate shoulders and she made sure that the box-office figures did not disappoint.