CBFC denies certification to Prakash Jha’s Lipstick Under My Burkha as it is ‘lady oriented’. Are you shocked already?

Prakash Jha’s Lipstick Under My Burkha starring Konkana Sen Sharma, Ratna Pathak Shah and directed by Alankrita Shrivastava has been denied certification by the CBFC. The reason will take your breath away. 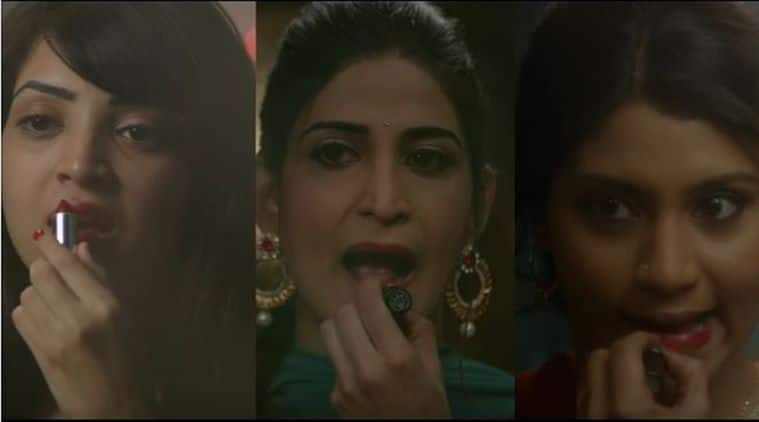 Award winning film Lipstick Under My Burkha produced by Prakash Jha was denied certification by CBFC.

Lipstick Under My Burkha stars exemplary actors like Ratna Pathak Shah, Konkana Sen Sharma, Aahana Kumra and Plabita Borthakur. The film directed by Alankrita Shrivastava and produced by Prakash Jha had earlier received the Oxfam Award for Best Film on Gender Equality at the Mumbai Film Festival and Spirit of Asia Prize at Tokyo International Film Festival. The film will also be screened on February 24, 2017, at the Glasgow Film Festival. It is being applauded for the content and clear prosecution by everybody, except the Central Board of Film Certification.

That’s right. The movie has been denied release in the country because ‘the story is lady oriented and their fantasy above life’. It is unclear how the CBFC concluded that women wanting freedom, or cursing or even exploring their sexuality as a ‘fantasy’. There are ‘contanious sexual scenes and abusive words, audio pornography, and a bit sensitive touch about one particular section of society [sic]’.

Watch Video| WHAT?! CBFC Denies Certification To ‘Lipstick Under My Burkha’ For Being ‘Lady Oriented’

A simple plot about four women from different walks of life, living in a small town — exploring their sexuality and seeking freedom has been denied under certain guidelines like 1(i), 2(vii), 2(ix), 2(x), 2(xi), 2(xii) and 3(i). In layman’s terms, the guidelines are that human sensibilities should not be offended by vulgarity, obscenity or depravity, scenes showing sexual perversions shall be avoided and if such matters are germane to the theme they shall be reduced to the minimum and no details are shown, scenes degrading or denigrating women in any manner are also not presented.

Enraged Prakash Jha, who spoke to Mirror, said, “As a country we must encourage freedom of expression but the CBFC refusing to certify films that tell uncomfortable stories discourages filmmakers from pushing the envelope. Films should challenge the status quo which is what Lipstick Under My Burkha perhaps does and I believe our audience deserve to watch it.”

The Bollywood fraternity has also shown its support to the film. Actor Farhan Akhtar took to Twitter and wrote, “Below is the reason CBFC listed for denying #LipstickUnderMyBurkha a release. Keep your barf bag ready..” Pooja Bhatt has also said, “CBFC consists of frightened people, only interested in securing their jobs.They won’t take a stand & are happy if one approaches revising com.”

See | Celebrities show their support for Lipstick Under My Burkha

Below is the reason CBFC listed for denying #LipstickUnderMyBurkha a release. Keep your barf bag ready.. pic.twitter.com/NFO42sRJIb

Not the first time this has happened. Makers must approach revising committee & tribunal thereafter.Censor board wants to pass the buck. https://t.co/ny6xkrxGVp

The director, Alankrita Shrivastava is currently in Glasgow, for the Glasgow Film Festival. She also tweeted the official letter they received from CBFC and finds it ironic that an award winning film is denied certification.

How a woman living her life on her terms, when filmed from the perspective of a woman is degrading other women is a concept that we as mere citizens, who also happen to be women might not understand. However, we have the CBFC to thank for beautifully pointing this out and for forcing us to miss, what might as well be the movie of the year.

Champions League recap: Manchester City might have prevailed over Monaco but their defensive woes need addressing