Singer Alisha Chinai revisits ‘Kajra Re’ on 16 years of Bunty Aur Babli: ‘It sounded like an angel singing for Aishwarya Rai’ 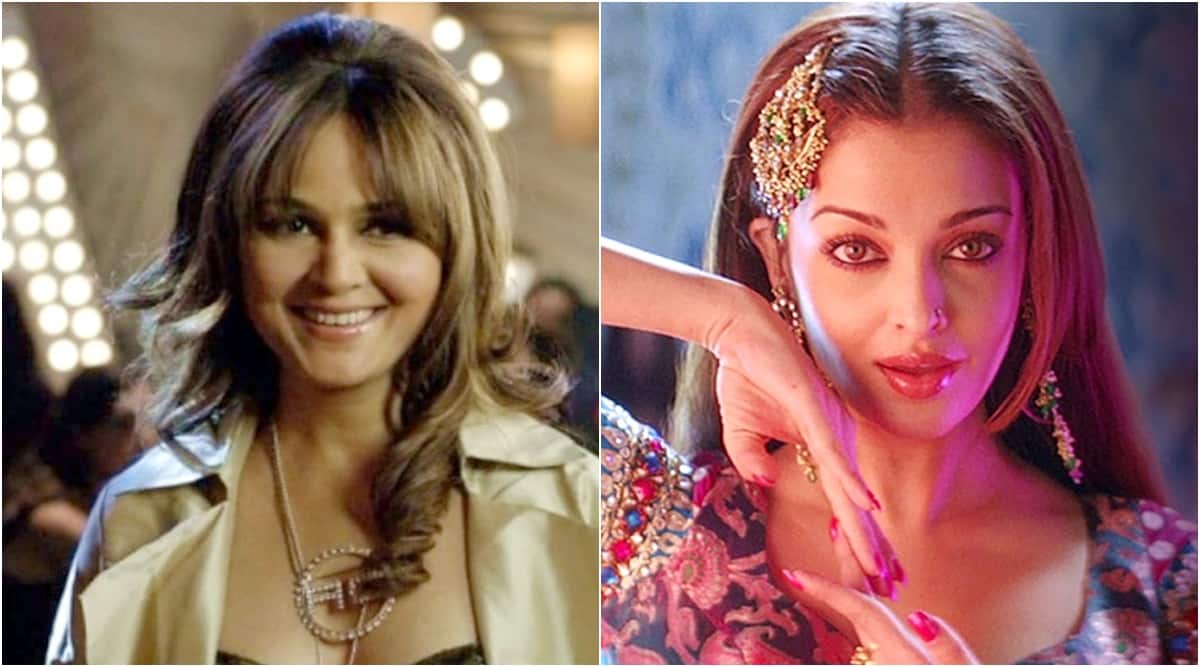 Bunty Aur Babli, which released on May 27, 2005, has completed 16 years. (Photos: Instagram/alishachinaiofficial and Screenshot/YRF)

It’s been 16 years since Bunty Aur Babli released. In case this makes you feel old, banish the feeling for the movie starring Abhishek Bachchan, Rani Mukerji and Amitabh Bachchan is still as fresh as the day it released. And not to forget its iconic song “Kajra Re” featuring Aishwarya Rai with Amitabh and Abhishek.

“Kajra Re” features in the movie when Abhishek Bachchan and Rani Mukerji (Bunty and Babli) are on the run as they are expecting their first child together. Bunty bumps into cop Dashrath Singh, played by Amitabh Bachchan, at a bar. Little do they know that the con-artists Big B is looking for, are actually Bunty and Babli.

The real father-son duo indulge in some heart-to-heart conversation over drinks, where Bachchan senior shares his story of heartbreak, when Aishwarya Rai walks in as a courtesan and tries to woo not Abhishek, but Amitabh. “Kajra Re” sung by Alisha Chinai, Shankar Mahadevan and Javed Ali, went on to become one of the biggest hits of Bollywood.

Recalling how “Kajra Re” required her to change her style of singing, Alisha Chinai told indianexpress.com, “The song needed reinventing my whole style and reinventing myself because everyone who said I couldn’t do it, that was like telling them, ‘Okay honey, that’s how I do it!'”

The 8-minute-long song was inspired by a semi-classical genre of singing called ‘kajari’, and amply used sitar to give it a localised tune. Aishwarya, in her special appearance, shook a leg with the two Bachchans, on the unique choreography by Vaibhavi Merchant.

Also read |Alisha Chinai on Made in India: ‘I said I want Milind Soman, the snakes and the elephants’

Alisha accepted that its “modern qawwali” style of singing was indeed a challenge for her. But, she lauded the composition of music directors Shankar-Ehsaan-Loy. “I don’t know how I did it, but I guess the song itself was a really fantastic composition. It pushed me beyond my limits and I’m glad that I could deliver it the way Shankar-Ehsaan-Loy wanted me to,” she added.

Topping it all, according to Alisha, it was Aishwarya’s “angelic” presence that made the song, an iconic item number. “It sounded so angelic. It sounded like an angel singing for Aishwarya. She looked mind blowing. “Kajra Re” became a trend-setter, a Bollywood anthem,” Alisha concluded.

Directed by Shaad Ali and produced by Aditya Chopra, Bunty Aur Babli released on May 27, 2005, and went on to become a huge hit. “Kajra Re” won several awards in the music category for Alisha Chinai, Shankar-Ehsaan-Loy and lyricist Javed Akhtar, apart for its choreography.