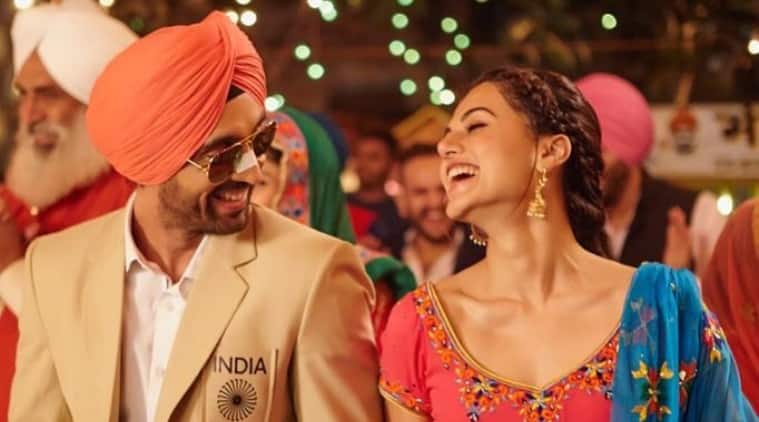 Soorma movie box office prediction: Diljit Dosanjh and Taapsee Pannu starrer will have a decent opening at the ticket counters.

Diljit Dosanjh and Taapsee Pannu starrer Soorma releases today in the theaters. Belonging to the same genre of biopics as Ranbir Kapoor’s film Sanju, which is still dominating the box office even after two weeks of its release, Soorma chronicles the story of Indian hockey player Sandeep Singh. The ace drag flicker was accidentally shot at on a train and his life took a dramatic turn. However, having the determination to play for his nation, Singh returned to the hockey field after being paralysed for two years and brought laurels to the country. Now, will this inspiring story translate into big box office numbers or not is yet to be known. But going by the prediction of trade analyst Girish Johar, the Shaad Ali directorial will earn Rs 2.5-3 crore on its opening day.

Johar told indianexpress.com, “Soorma will open with a collection of Rs 2.5-3 crore. It might grow with a positive word of mouth on the evening shows on Friday and Saturday. By the end of its first weekend, the film will earn Rs 10-12 crore.” Also, the trade analyst predicts that Soorma will perform better in North India considering Diljit’s fanbase and the setup of the story in Punjab. “Releasing in around 1000-1100 screens, the film will find patronage in North India especially in Punjab, Haryana and Delhi. It stands to be seen how will it perform in Mumbai and in other southern states,” added Johar.

Also read | Soorma: Sandeep Singh opens up about shooting incident and his heroic comeback to hockey field | Diljit Dosanjh: Sandeep Singh is a Soorma in the true sense

Biopics have been the flavour of the season but since Soorma is made with not so big names it cannot be said that the sports biopic will be an instant hit. Johar said, “If the film will not meet the expectations of people, it will add to the collection of Sanju.” Soorma, directed by Shaad Ali, is bankrolled by Sony Pictures Networks Productions, Chitrangda Singh and Deepak Singh. It also stars Taapsee Pannu and Angad Bedi in pivotal roles.